I'm worried that I'm obsessing too much about Sarah Palin. She terrifies me! She fascinates me! She could be running our country! Here are ten reasons I can't stop thinking about our First Hockey Mom:

10. She homeschools! A clutch of creationist and homeschooling blogs have joyfully lit up with the idea that Sarah Palin has enrolled her children in the Interior Distance Education of Alaska, a program "created by homeschoolers for homeschoolers." Actual schools -- serving about 98% of America's students-- need clear-eyed presidential attention. I don't care if some members of Palin's family were teachers or if she used to be a member of the PTA. When I think of how Palin would govern--just one heartbeat away from the Oval Office-- her radical choice to homeschool her kids terrifies (and fascinates) me.

9. Palin practiced unabashed cronyism as mayor of Wasilla, firing the police chief and library director for not endorsing her mayoral campaign. She was almost recalled. And "Troopergate" is just waiting to blow up. That scandal concerns Palin allegedly firing a public safety commissioner because he refused to fire her former brother-in-law, an Alaskan state trooper involved in a messy divorce with Palin's sister. Such shady power plays terrify (and fascinate) me.

8. Speaking of Wasilla, Alaska--a town with a population around 7,000, only slightly larger than many high schools-- below is a picture of Wasilla City Hall, where Palin garnered the lion's share of her executive experience that the McCain camp trumpets. The fact that someone who ran this town from 1996 to 2002 and has less than two years under her belt governing a state with a population smaller than the city of Indianapolis has a very real chance of becoming America's vice-president terrifies (and fascinates) me. 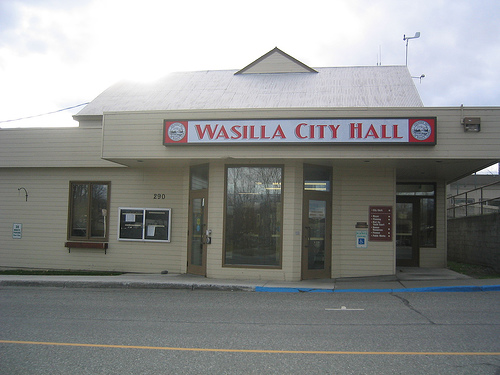 7. Her website, www.palinforgovernor.com is no longer accessible. The main page goes straight to the John McCain For President campaign website and the other pages like "Issues" and "Articles" go nowhere. This isn't necessarily terrifying or fascinating; it's just sketchy.

6. She supported the infamous "Bridge to Nowhere" project before it was outed and made an embarrassing symbol of wasteful pork spending. Newsminer reports :

On Oct. 22, 2006, the Anchorage Daily News asked Palin and the other candidates, "Would you continue state funding for the proposed Knik Arm and Gravina Island bridges?"

Her response: "Yes. I would like to see Alaska's infrastructure projects built sooner rather than later. The window is now -- while our congressional delegation is in a strong position to assist."

She was for it before she was against it! Such obviously phony political posturing truly terrifies (and fascinates) me.

5. Sarah Palin doesn't seem to know much at all about the history or policies regarding the war in Iraq. She told Alaska Business Monthly:

"I've been so focused on state government, I haven't really focused much on the war in Iraq. I heard on the news about the new deployments, and while I support our president, Condoleezza Rice and the administration, I want to know that we have an exit plan in place; I want assurances that we are doing all we can to keep our troops safe."

Her oldest son Track is going to Iraq to serve, and his commitment is honorable. I'm not sure that it computes that his "hockey mom" should be the potential commander-in-chief. At this crucial moment in world history and international relations, this news of a vice-presidential candidate's myopic ignorance simply terrifies me.

3. Now that the dust is starting to clear from the bombshell that Palin's unmarried teenage daughter Bristol is pregnant, CNN reports that evangelicals are thrilled about it:

"Before, they were excited about her, with the Down syndrome baby," conservative, anti-tax activist Grover Norquist said. "But now with this, they are over the moon. It reinforces the fact that this family lives its pro-life values."

Okay, but what about Palin's record on staunchly opposing sex education? She supports abstinence-only education, a position that she should now realize to be futile and counterproductive. Bristol Palin's behavior and its consequences may be a family issue, but Sarah Palin's position on sex education is not, given that she is poised to become vice-president of the U.S. The fact that Palin is receiving support for her hypocrisy terrifies me.

2. Politico surmises that Palin may benefit politically from such humanizing details as: "Fishing permit violations. A blue-collar husband who racked up a DUI citation as a 22-year-old. An unmarried teenage daughter who is pregnant and a nasty child custody battle involving a family member."

By Politico's calculations, such "averageness" makes her "politically promising." This People-Magazining of presidential politics (Yes, I used "People-Magazine" as a verb) that ushered George W. Bush into office in 2000 terrifies (and fascinates) me.

"[S]he is against abortion even in cases of rape and incest, sued the federal government to take polar bears off the endangered species list, has said creationism should be taught in schools and advocated a constitutional ban on providing healthcare benefits to same-sex partners."

In 2004, Republicans proved themselves to be experts at scaring the American public into voting for them. John McCain's "bold" choice of sharing the ticket with someone so profoundly inappropriate for leading the United States of America just may scare those votes in the opposite direction. At least, that's what this terrified (and fascinated) American is praying for.

Dan Brown is a teacher and the author of The Great Expectations School: A Rookie Year in the New Blackboard Jungle. 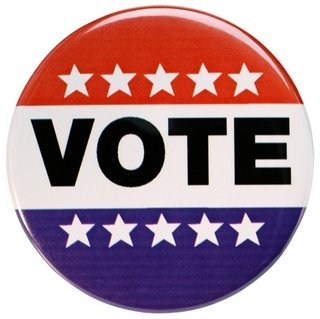