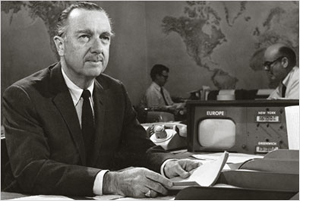 What do these two social media posts have in common?

• On November 27, President-elect Donald Trump tweeted that millions had voted illegally in this year's presidential election.

What these two claims have in common is that neither was substantiated with evidence.

As it turns out, the fact that neither man offered up facts to back up their claims doesn't matter very much. Neither does this article. Because this article is published in The Huffington Post, there is a high probability that most Republicans will not trust it.

Since 1972, Gallup has tracked Americans' trust of mainstream media. That trust has eroded gradually since a high of 72 percent for all Americans in 1976. Between 2015 and 2016, Republican trust in mainstream media took a nosedive, crashing from 32 percent to 14 percent.

Let that sink in: only 14 percent of Republicans trust mainstream media.

This is yet another fact that will be dismissed by millions of Americans because it is expressed through a mainstream media source.

"One staple of every radio talk show was, of course, the bias of the mainstream media. This was, indeed, a target-rich environment. But as we learned this year, we had succeeded in persuading our audiences to ignore and discount any information from the mainstream media. Over time, we'd succeeded in delegitimizing the media altogether -- all the normal guideposts were down, the referees discredited...We destroyed our own immunity to fake news, while empowering the worst and most reckless voices on the right."

Viewed through the eyes of the right, mainstream sources like The New York Times and The Washington Post, the newspapers that published the Pentagon Papers and brought down the Nixon presidency, are now outposts on the fringe of credibility. Their articles, the products of Pulitzer Prize-winning journalists, churn together with septic fake news on Facebook, the world's largest content swamp.

It wasn't always this way. Back in the '70s, CBS' Walter Cronkite was called the "most trusted man in America." When Cronkite ended his news report each evening with the words "And that's the way it is," Americans were confident that's the way it was.

In 2016, Americans are still confident of what they know. The problem is that they no longer agree about what they know. Fact and fiction have been scrambled together, and there are no trusted arbiters left to parse the mess. While many fret about a divided America, the reality is that America is fractured less by ideology than by its perception of reality. It's tough to have a conversation about transitioning a blue-collar workforce into an information economy when we can't agree on whether or not Hillary Clinton is running a child-sex ring in the basement of a pizza parlor.

Though some might view the collapse of the bedrock trust underpinning mainstream media to be a catastrophe for the country, for Facebook, the chaos in the rubble is a bonanza. Forget about truth -- engagements are all that matter. Clicks. Views. Likes. Shares. More eyes on more ads. Facebook may not have singlehandedly destroyed faith in mainstream media, though it's undoubtedly feasting on the remains.

In BuzzFeed's Facebook news analysis, it found that the top-performing fake election stories from hoax sites and hyperpartisan blogs generated 8.7 million engagements on Facebook, compared with only 7.4 million for the top real stories from 19 major news websites, including New York Times, Washington Post, Huffington Post, NBC News, and others). How much money does Facebook make from fake news engagements? Facebook won't say, though the data suggests the number is substantial. Though the company has announced some preliminary steps to address the problem, the bottom line is that Facebook has little financial incentive to stop the trade in fake news.

Mark Zuckerberg says it's a "pretty crazy idea" that fake news on Facebook tipped the election.

What do you believe?