I walked my nine-year-old to school today, as I have when I'm home since she was three.

It used to be that Cali wanted me to walk her all the way into her classroom, and even tarry a while.

Then she just wanted me to walk her to the classroom door.

Now her boundary for me is the entrance to the school property. She gives me an earnest and heartfelt hug in the blink of an eye, says "Bye, Daddy," and is gone.

Perhaps one day, perhaps soon, though I selfishly hope not, she'll quit automatically taking my hand in her soft grasp as we make our way there. Perhaps another day she'll no longer call me Daddy.

Maybe tomorrow. Maybe not for a long while. Some children, no matter their age, continue to call their dads 'Daddy,' and even continue to hold their daddy's hands as a matter of course whenever they're together. Maybe I'll be so lucky. Either way, it's okay. I'll be fine. Really. Boo hoo.

I try every day to be mindful of Cali's hand obliviously clasped around mine, of the wonderful sensation of being held onto by this darling person I had a hand in making and try my utmost to help flourish.

Lately she's been telling me about a boy she has taken a shine to. Cali doesn't know that I already was in the know. I've watched them interact. It's almost impossible for an observant person not to see the touching chemistry between her and this handsome and humorous and caring boy.

Cali can be shy and insular, as are many artistically inclined souls, but he brings her out of her shell and is so solicitous towards her. I've seen him absent-mindedly stroke her pony tail during a school performance, and seen her glow on the inside and out as he does.

I am so glad Cali still does me the honor of asking me to walk her to school, and to traipse along with her after school to her ballet and clarinet classes.

I imagine one day she won't need me to accompany her. A more difficult and awkward question for me is: Will the same hold true for me? Will there come a time when I also won't need to go with her? Or will I always want, and need to, even when I don't or can't? 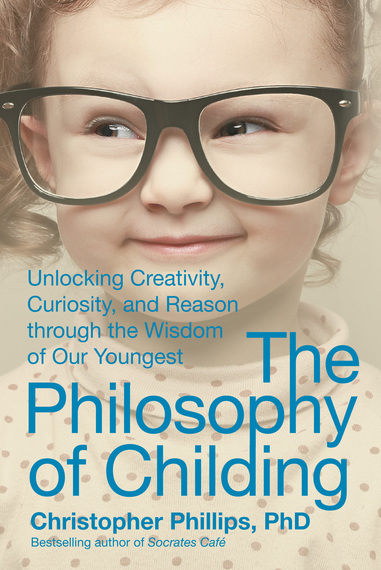 Does how I respond to Cali's changes in 'daddy needing' determine how I measure up in the parenting department?

I used to go along with the dictionary definitions of parenting -- namely, the raising of a child.

But really, my Socratic reasoning kicked in, I eventually came to the conclusion that parenting is more or mostly about the raising of a parent, by being blessed to have a child of your own in your orbit.

If that's so, I wondered, would a better term for the raising of a child be 'childing'?

I did some gumshoe work. Turns out the term 'childing' first arrived on the scene around 1250 A.D. Collins American dictionary defines it as: "bearing a cluster of newer blossoms around an older blossom."

'Childing' entered our lexicon starting in the mid-thirteenth century, but had long ago fallen out of use. I'm trying to bring it back.

But I've given it a more expansive definition in my new book The Philosophy of Childing: Unlocking Creativity, Curiosity and Reason through the Wisdom of Our Youngest. I assert that 'childing' is not primarily or just about the raising of a child, but rather the raising of a human throughout her life.

The term 'childing' first arrived on the scene around 1250 A.D. Collins American dictionary defines it as: "bearing a cluster of newer blossoms around an older blossom." all ages and stages -- and in a way that makes sure the new clusters of blossoms that she bears around older ones are a sort that leads to ever greater joy and well-being -- not just for the individual, but in ways that elevate society as a whole. 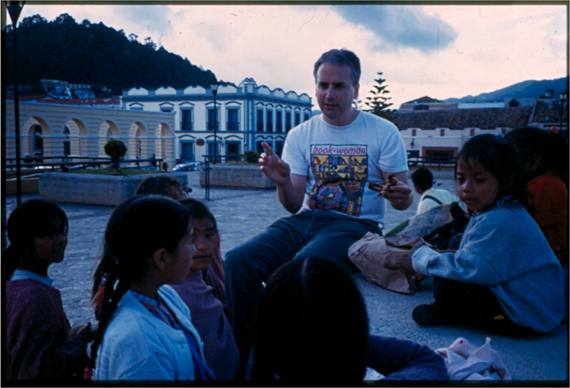 When I lived in Chiapas, Mexico, I regularly held dialogues with indigenous children. Most are illiterate, and have no hope of going to school. They work seven days a week in the plazas of the gem of a colonial city, San Cristobal de las Casas, in the heart of Chiapas, selling to tourists their beautiful handwoven goods.

Once I had a Socrates Cafe (or Philosophers' Club, as we often call our confabs with kids) with them on the question, 'What is a good person?'

One of the children, a 9-year-old who speaks the Mayan tongue Tzeltal, told me that a good person is a 'true human being' -- and their term for that, she instructed me, was 'basil winik.'

All people born into the world, she explained, are human beings, but you have to spend time acting in the world for anyone to be able to determine whether you are 'good,' and hence are a true human being.

To her, as she went on to say, goodness, and trueness, when it comes to gauging a person's nature, has very much to do with whether they treat you with kindness, whether they recognize you as a fellow human being and want to do what they can to make you shine, to make your day brighter.

I asked the child, Veruch, how a person would go about demonstrating this.

She told me, "Today, when I asked a woman to buy a bracelet from me, she stopped, looked at me, and said, 'I'm sorry, I've already bought some and don't have more money to spare. She smiled, asked about me and where I was from.'"

Veruch looked at me. "She didn't just pretend I"m invisible like most tourists do. They walk by me without saying anything. Some even try to walk right through me and push me aside, like I'm invisible. But this woman, she was kind. It didn't matter that she didn't buy anything. She treated me like an equal. She's a true human being, a basil winik.'

Veruch, as with all the kids who took part in that dialogue, has a store of wisdom born from experiences that I'll never have. But because I engage with children as equals in dialogue, I open myself to the possibilities of being 'childed' continually.

All of us adults, whether parents or childless, single or married, can be forever childed. But we need rich interactions with 'children of all ages' -- by which I mean those with curiosity, empathic reason (more on that in a future blog), a sense of wonder, of onefulness, of agefulness (more on those terms too in a future blog)-- on a regular basis, if we're to be forever ripe and ready to embrace and grow from life in all its dimensions.

Author of bestselling 'Socrates Cafe' and 'Six Questions of Socrates,' most recently of 'The Philosophy of Childing'