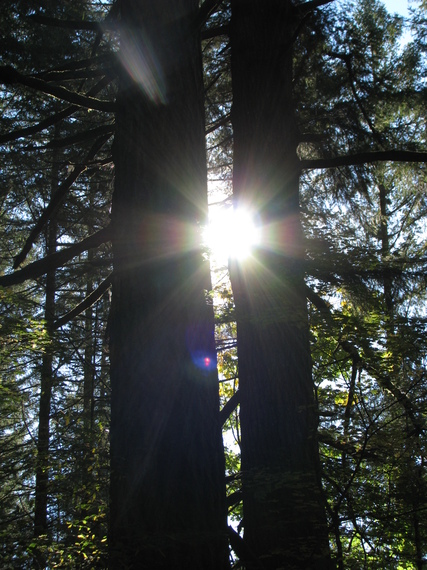 Instead of picking up a pen or a paintbrush
and getting down the ten thousand words/images
that were flooding my head, my heart, my lungs - my breath

I wiped coffee stains off the old kitchen table, fed
the dog, the cat, the children
brushed the tangles out of my nine-year-old's hair while she screamed
that I was hurting her, yelled at my twelve-year-old to hurry or
we would be late - again, got entirely too pissed off
at the slow driver in front of me, forgot to remember
to breathe. Instead of emptying

the overflowing
pile of tangled ick that has been scratching and screaming
and gnawing and howling inside of me for days, weeks - decades

I scrubbed dried quinoa from the rice cooker, scoured
the internet for the perfect paint color
for my newly remodeled living room, folded two loads
of other people's clothes, unloaded the dishwasher, made coffee,
checked email ten times in ten minutes, called my sister, my mom, my friend
scanned Facebook update after Facebook update for some sort of -
inspiration?

Instead of giving voice
to the thing inside me I was born to give voice to - I stared
at the tiny freckle on my right foot
and thought about how Hitler, before he murdered
millions, wanted to be an artist. And then I thought
of the quote about how - what you don't bring forth will kill you
and I wondered if I would ever, ever

make anything of my life. Instead of
making the ten millionth excuse I sat my ass down
on the soft swiveling chair in the room I created
so I could create
and breathed a breath that reached all the way down
to that tiny freckle
and wrote these words.

Then I stepped outside into the sun's big arms
and danced