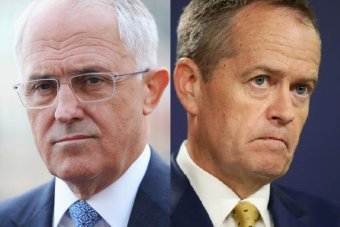 A small item in The Age last week caught my attention. It was at the bottom of one of the three or four pages The Age carries every day on the Australian federal election. You can find them somewhere in the news section usually on page four, but sometimes even further back in the tabloid.

"Parties Pull Back on TV Ads Before Final Push," ran the headline. The article reported that in the second week of this limited 75-day election campaign (the longest in Australian history) the Liberal party spent $96,187(AUD) and Labor $71,580(AUD) on television ads, significantly down from the first week's spending. Overall in the first two weeks, Liberals had spent $673,058(AUD) and Labor, $475,044(AUD) or $1,148,102 (AUD) total between the two parties. The National Party with the Liberals (the Coalition) spent $5000(AUD). The Greens Party spent nothing. So adding the $5000(AUD) makes the grand total $1,153,102(AUD) spent on the Australian election so far. 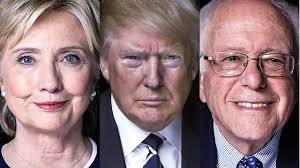 As American experiencing my first Australian election campaign, these amounts didn't strike me as all that much. I decided to check in on how much money has been spent by the American candidates running for President in the primary election season. There is no definitive "start" of the campaign in America. A conservative estimate might suggest the American campaign for President runs 500 days. As of May 24th, the U.S. Federal Election Commission reported the following spending for each candidate. The first number below represents the money spent by the candidates, themselves. The second number is the money spent by Political Action Committees (PACs as they are known in America) for the candidate.

I'll run the numbers for you another way. Spending by Australian parties so far amounts to about 5 Australian cents per person in Australia (too hard to do it with just the voting age public). It works out that the American candidates have spent more than $4.50(AUD) for every man, woman and child in the good 'ole U.S. of A.

When I came up with the $1.5billion(AUD) I couldn't suppress a laugh. My wife, Denise, asked me, "What's so funny?" I wasn't sure if I should be laughing or crying. I said "Nothing," because on some level that amount of money spent on electioneering seems like such a waste to me. It is one more example of what's wrong with America. Everyone agrees -- the President, the legislature and huge majorities of the public when polled -- that this kind of money in an election really warps the process and puts special interests that can deliver the dough, far ahead of the public's influence.

Even the U.S. Congress (the main source of future presidential candidates passed the McCain-Feingold Act in 2002 to limit election spending. The legislators felt the money being solicited and spent on elections was simply a sign of an out of control arms race. You do it because if you don't, you may be perceived as having a "money gap" (think "missile gap"). Your opponent (and the press) could seize on that to demonstrate your lack of support and impending defeat at the polls.

Unfortunately the unintended effect of McCain-Feingold was to shift contributions away from specific political candidates who had donation limits to the unlimited "soft-money" given to PACs. Subsequently only one vote in 2014 (the swing vote in a 5-4 decision in the U.S. Supreme Court) reinforced the infamous Citizens United decision that declared any restraint on campaign donations was an unconstitutional abridgement of the First Amendment's right to free speech. Large corporations and PACs have repeatedly used the Bill of Rights (which was meant for individuals) to create a veritable American corporatocracy. The resultant decades of disenfranchisement have led to large portions of the American electorate supporting the Presidential candidacies of Donald Trump and Bernie Sanders.

Not only is this $1.2billion(US) a waste of money but most people find living in the United States during a presidential election period decidedly more unpleasant -- unless you're directly participating in the campaign or, because of a huge number of TV advertisements, making boodles of money from it. Denise and I consider it an unplanned benefit to have been in Melbourne until the last four months of this current U.S. presidential campaign.

The U.S. campaign in America is impossible to avoid. I don't watch a lot of television in either country. But I don't know the last time the New York Times did not have a front-page story about something to do with the election. If you watch TV or listen to the radio (even on non-commercial National Public Radio) it's even worse. On-line I receive messages from the Bernie Sanders campaign usually twice a day. All of it gets to be so repetitive, banal, intrusive, offensive and boring.

But how does a visiting Yank describe double dissolution (too complicated to explain to my American readers) and this unprecedented, longest Australian federal election in history? Adjectives that come to mind when I consider the election Down Under are unobstrusive, invisible, unengaging, anondyne (one of my most favorite overused words) and also boring, but boring in that lovely Canadian way of being boring (meaning things work and are noncontroversial). The "What to do about the refugee problem?" is the only issue that really galvanizes some Aussies, pro and con, towards a demonstration here in Melbourne.

It helps that both main parties, the Liberals and Labor, could easily fit within the American Democratic party. As I said I'm not much of a television guy on either continent but the link to The Age article above also contains TV clips that both parties have used to promote their position in the Australian election. The Liberal gist is that "We are better managers for the economy," while Labor's stance is "We care about the average guy."

But neither party is campaigning for the end of the Australian social welfare system, the essentials of which were set up by the Whitlam government forty years ago. No one here, is trying to end Medicare which covers all Australian citizens of any age -- unlike the U.S. Republican candidates, virtually all of whom had to take an anti-Obama Care pledge, in order to be taken seriously by American conservatives.

The Australian commercial clips struck me as restrained and quaint. Similar stuff might have been seen on American TV before Ronald Reagan's conservatism polarized American politics. I just received my absentee ballot for the California primary election that takes place on June 7th. Denise and I immediately filled out our ballots and sent them back to California hoping that they will be received by June 10th so they will be counted. I'm a registered Democrat so my choice was between Hillary and Bernie. Trump becoming president is simultaneously inconceivable and frightening to me - frightening because I didn't think he had any chance to win the Republican nomination and I (like so many others) was wrong.

Yet I think the Trump/Sanders phenomenon is the necessary corrective to begin to finally steer the American titanic (small letters) ocean liner away from the icebergs of extreme societal discontent. America does not have compulsory voting like Australia (see the Letter's "Compulsory Voting in Australia: How UnAmerican!"). But every now and then an election will come up that turns out the large self-disenfranchised voting groups.

I suspect this year's American election will see many disempowered whites (especially men) come to the polls in large numbers and vote for Trump. But I also see many of the less wealthy minorities and immigrants who usually don't vote, showing up on this Election Day in November to make sure Trump doesn't become the next President of the United States. Just perhaps in a landslide win against Trump, Hillary can pick the sixty Democratic senators required to end a filibuster and actually be able to pass some meaningful legislation to correct the off course status of the American ship of state.

Nevertheless, I'm really glad to have missed so much of the American election campaign. And it's been fascinating to watch another country do it. Frankly if I'm going to be bored either way during an election campaign, I'd rather have it in that Canadian/Australian way. But I'm an American citizen and only a visitor here. So, in nine days after living in Oz for a year, I return to that home of the brave and the land of the free. I hope I don't sound too cynical. Like it or not, what happens across the Pond in the U.S. also profoundly affects Australia. I really wish, for both nations' sake, that things change for better in America.

• serviette - napkin • McDonald's - Macca • burger - unlike in America where a burger always implies some ground beef (they say "minced" beef in Oz) between two buns, in Australia burger can mean really anything (chicken, pork, lamb, eggplant) between two pieces of bread