Anderson Cooper's CNN show went off the rails Tuesday night when the host could not contain his laughter during his signature RidicuList segment.

Cooper dedicated the segment to people who missed Dyngus Day, a lesser-known Polish-American tradition that celebrates the end of Lent. Cooper seemed amused thoughout the segment but completely lost it after he replayed a local news clip explaining particular Dyngas Day traditions. On Dyngus Day, a local news anchor explained, boys sprinkle girls they fancy with water, and girls strike back with a tap from a pussy willow branch.

When the clip ended, Cooper attempted to continue his rant but had to pause. His lips began to quiver and he turned red, signifying that an epic AC360 giggle fit was on its way. Cooper eventually exploded with laughter and got up from his chair to briefly step off set. The camera followed him and he sat back down.

"It's really so stupid," Cooper said while laughing uncontrollably. People off set began to laugh as well. "Oh come on, this is torture," Cooper laughed. "Just got to let it out." Cooper used a napkin to dry his eyes and eventually finished talking about Dyngus Day.

Cooper previously collapsed into a fit of giggles when he focused his RidicuList segment on French actor Gerard Depardieu, who was accused of urinating on a plane.

Watch the segment in the video above. View some highlights from Cooper's laughing fit in the slideshow below: 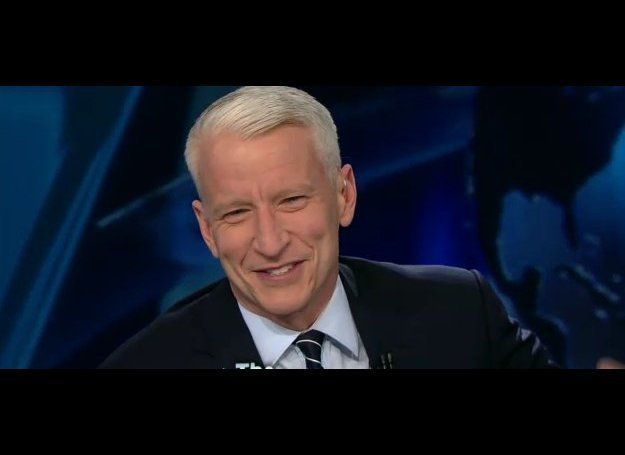