As promised, CNN's New Year's Eve special with Anderson Cooper and Kathy Griffin proved just as entertaining as years past. Though Griffin didn't drop the f-bomb or try to undress Cooper on air, she did attempt to humiliate her co-host in other ways.

When the show came back from a commercial break, Griffin appeared on air just in her bra. "Are you kidding me? Are you serious?" Cooper said. Griffin proceeded to dance around in her bra, and professed that she had a crush on CNN pundit David Gergen.

Another highlight of the evening occurred after CNN ran a clip of the Green Goblin from the Broadway show "Spider-Man" "hijacking" the New Year's Eve show and kidnapping Cooper. Cooper failed to reason with the Green Goblin, and was eventually saved by Spider-Man. "They need you back in Times Square," Spider-Man told Cooper after saving him.

The clip came, well, out of nowhere, and Griffin could not contain her obvious bewilderment. "I'm giving you the slow clap," Griffin said after the clip finished. "[Like] at the end of every high school football movie where the guy with one leg comes out and gets a touch down. I don't even know...I'm trying to follow the story line. Have you been abducted by a goblin?"

She added, "If you think you're ever going to live this down-- and don't act like putting you arm around me makes this better."

Watch the video of Cooper getting kidnapped by the Green Goblin and Griffin stripping below: 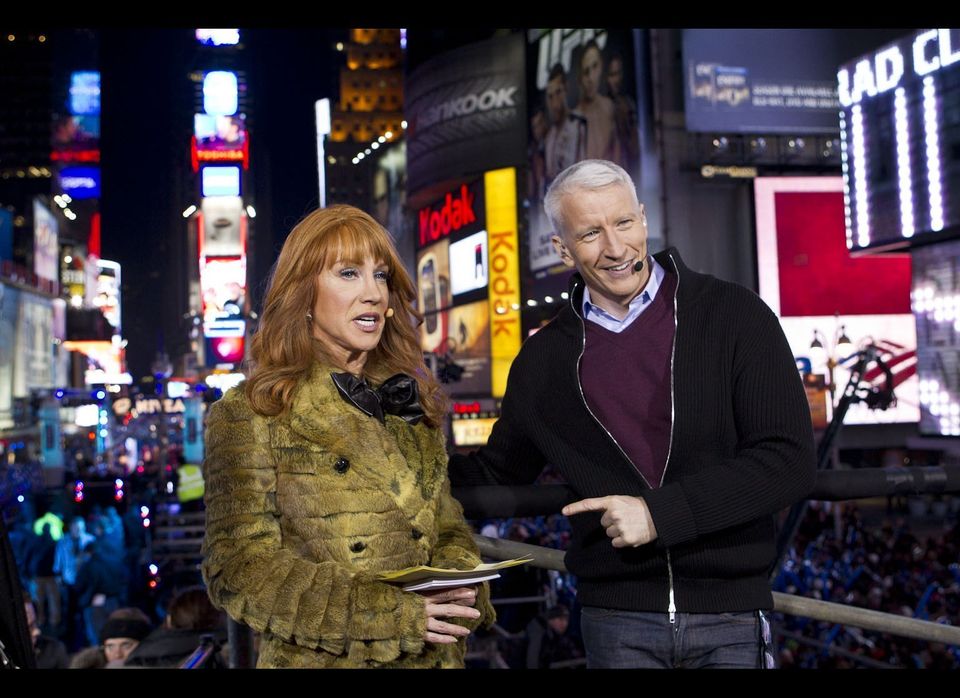