CNN's Anderson Cooper and legal analyst Jeffrey Toobin reacted grimly to Lance Armstrong's admission that he used a series of banned drugs throughout his cycling career.

Earlier in the evening, Armstrong came clean in a highly anticipated interview with Oprah. The former queen of daytime television was widely praised for her tough questioning and no-nonsense approach to the discussion. The interview was separated into two parts, the first of which aired Thursday night.

Cooper described his own reaction Armstrong. In a particularly strange part of the interview, Armstrong discussed his relationship with his former teammate's wife Betsy Andreu, who accused the athlete of admitting to using banned substances. Armstrong vehemently denied the allegations and harshly criticized Andreu for her comments. He has since apologize for saying she was "crazy" and calling her a "bitch," but defended himself for never calling her "fat."

"The idea that somehow 'not calling you fat' is any kind of [consolation]," Cooper said to Andreu. "When I heard that my jaw dropped!"

CNN's legal analyst Jeffrey Toobin also reacted to Armstrong's interview and weighed in on the legal implications of the athlete's admission. "I think he's in big trouble," Toobin said. "He supposedly has $100 million? He's going to have a lot less than $100 million when this is all over." 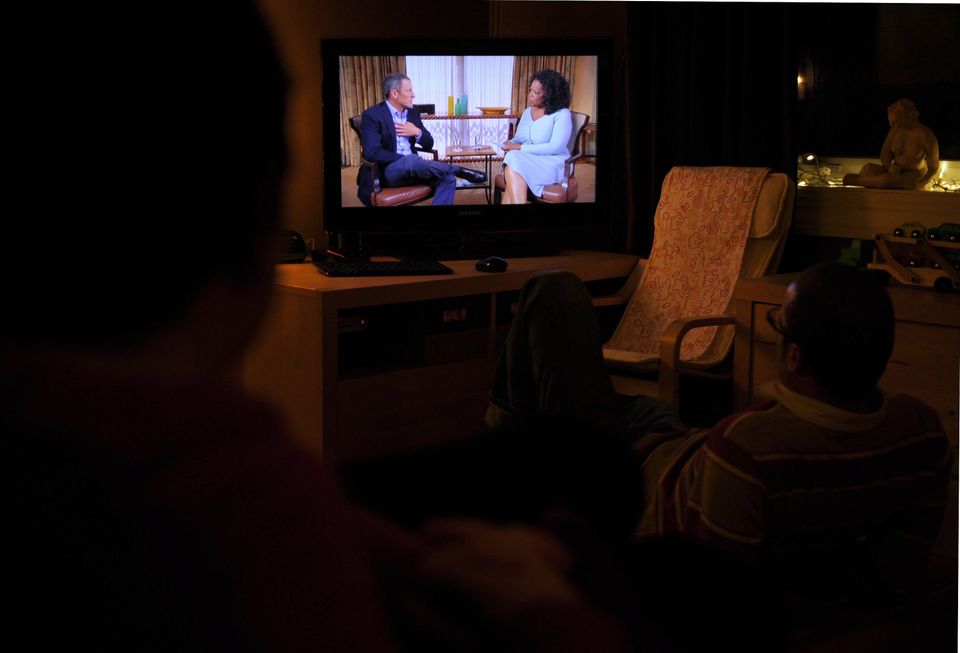 1 / 8
US-CYCLING-ARMSTRONG-APOLOGY
A photo illustration shows people watching a TV showing disgraced cycling star Lance Armstrong (L) being interviewed by Oprah Winfrey on January 17, 2013 in Kensington, Maryland. Armstrong said in the interview that he was 'sorry' for taking performance-enhancing drugs during his career and that it was a mistake. AFP PHOTO/Mandel NGAN (Photo credit should read MANDEL NGAN/AFP/Getty Images)
Getty Images