Our culture is obsessed with youth, especially when it comes to women. Most ladies represented in magazines, on screen, in advertisements or even in the vast canon of art history, are on the young end of the spectrum. In fact, if aliens beamed down to planet earth and to assess our human traditions through various media sources, we doubt they'd know women exist over the age of forty.

Enter Andi Schreiber, a photographer who is turning the camera on herself, capturing the ups and downs of middle age with honesty, sensuality and a sense of humor. Her striking series "Pretty, Please" provides a raw glimpse of a woman's battle to feel sexy when mainstream society says otherwise. 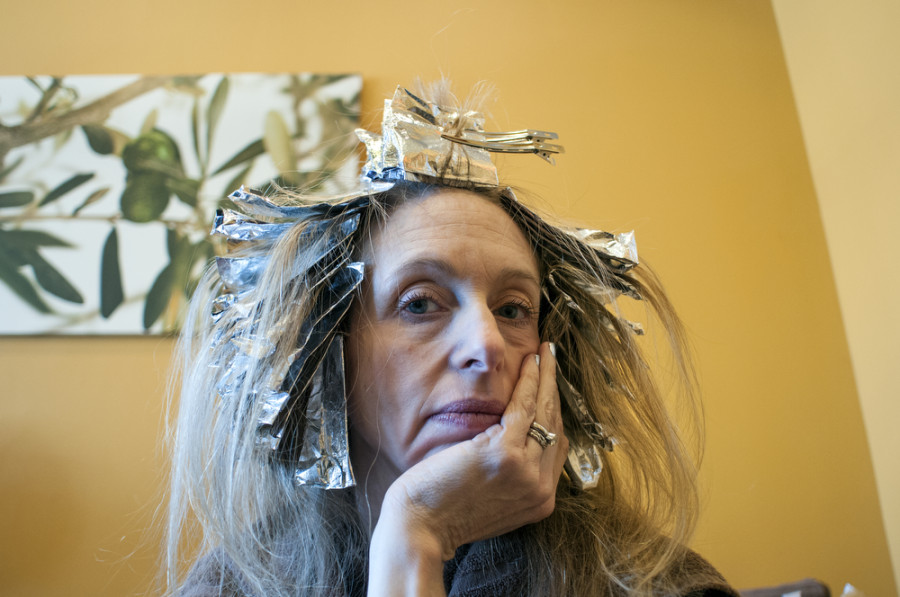 "When I was in my thirties a friend talked about being in her 'Invisible Forties,'" Schreiber explained in an email to The Huffington Post. "At that moment, with two young children very attached to me, I couldn’t conceive that anything in my life would change. I felt vibrant and necessary. I’m older now and it shows. My most fertile years are behind me. There’s also been a shift in way I think about and carry myself... This series is an extension of that idea and one that allows me to take stock of where I am right now -- as a parent, a partner and a woman at midlife."

Schreiber captures herself in a variety of domestic scenarios ranging from feminine to sexual to banal, most falling somewhere in between. One photo finds Schreiber catching her own reflection in the rearview mirror while another features just a speck of blood on a toilet seat. A particularly funny shot contains Schreiber's shadow cast upon two red balloons to resemble breasts, symbolizing the strange sensation of having every daily minutia sexualized in some way or another, even against your will. 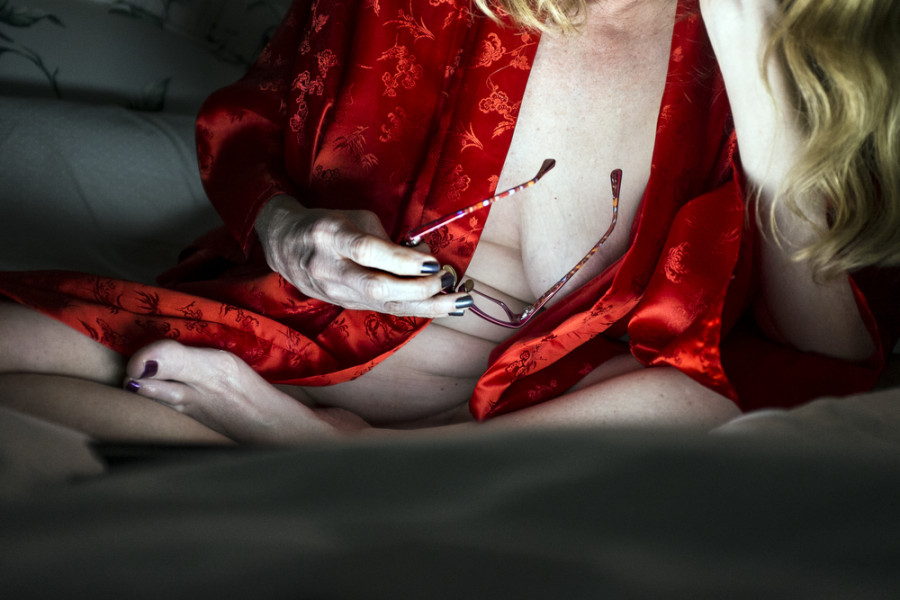 "By shedding light and a little humor on the imperfections of middle age I want to spark dialogue about how we value (or devalue) the aging process... The forties should be a viable and sexy time in a woman’s life although it can be full of middle age insecurities. I also recognize that there’s a lot of goodness and pleasure here."

Schreiber's photos, colorful snapshots of domestic life, shouldn't be revolutionary. But they are. "If there’s an emotional response to the work that’s a good thing," she explained, "even if that response is discomfort on the part of a viewer."

Hopefully someday series like this one will be as commonplace a sight as a heavily Photoshopped girl in a bikini. Until then, we'll be here, ogling these gorgeous images. Behold, 10 photos that reiterate what we can only hope is obvious -- middle-aged women are not invisible.