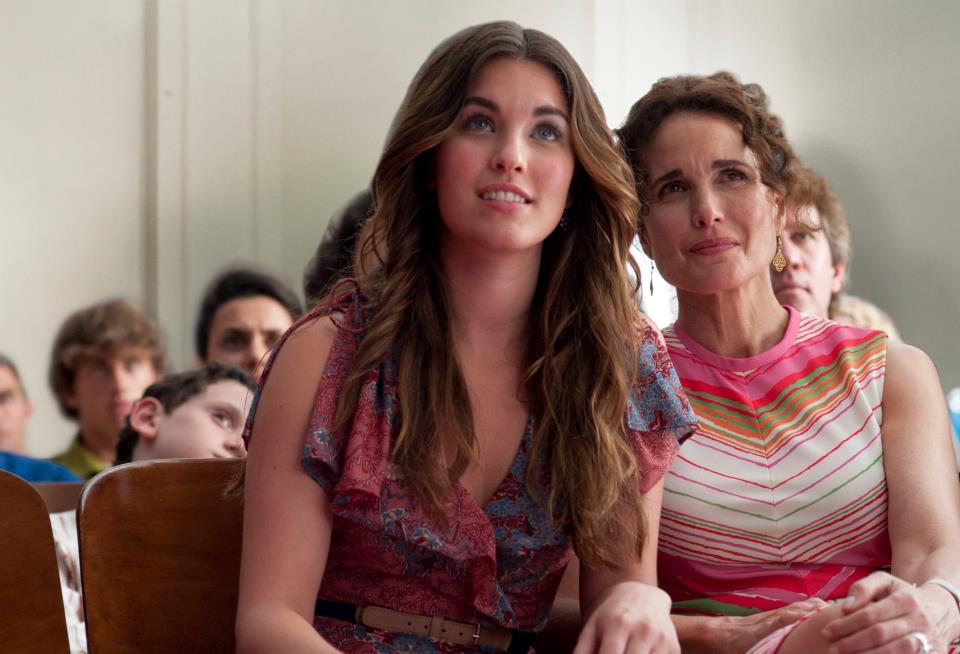 When you see the opening moments of Debbie Goodstein's writing/directing debut Mighty Fine and catch your first glimpse of newcomer Rainey Qualley playing Andie MacDowell's daughter, your first thoughts will most likely be "Wow! That's great casting." Truth be told, 23 year-old Qualley is, in real life, MacDowell's daughter, the second of her three children.

Mighty Fine, which MacDowell co-produced, tells Goodstein's autobiographical story of a Jewish family from Brooklyn who relocate to New Orleans in the early 1970s, led by their charismatic, but troubled father (Chazz Palminteri) who is always one step away from millionaire status or complete destitution. The family drama, released by Adopt Films, arrives in theaters May 25.

Andie MacDowell and Rainey Qualley (who makes a very impressive debut in Mighty Fine) sat down recently to discuss their first film together. Here's what followed:

Rainey, did you always want to act or was it something that came to you later?

Rainey Qualley: I always was drawn to the performing arts. I started dancing when I was two. I sang, loved to act, and loved going to visit my mom on-set. But she wanted me to have a normal childhood, so I wasn't really allowed to pursue acting till I got older. 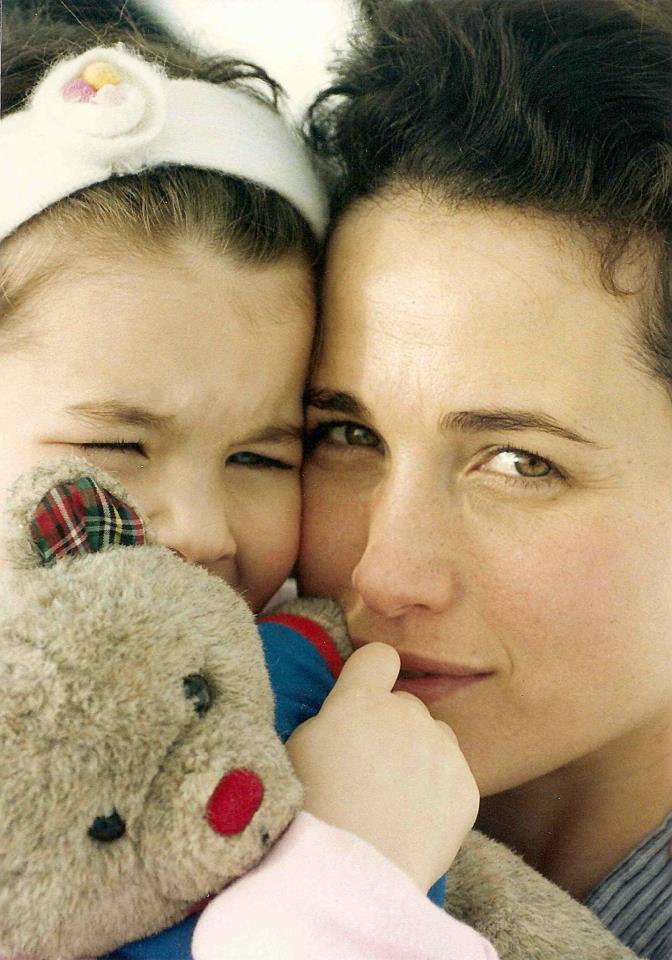 Must have helped growing up in North Carolina, as opposed to Hollywood.

RQ: Yeah, it helped with the "normal" part, although I do wish sometimes that I'd begun acting a little sooner. I was studying at a conservatory in New York that taught Meisner technique and right after graduation, I booked Mighty Fine. So I was very lucky.

Andie, you didn't try to dissuade Rainey from pursuing acting?

Andie MacDowell: No, I didn't. I want her to be happy and I love what I do. I did try to make her aware of how tough it can be, but I think it's my job as a parent to support my kids in whatever they want to pursue.

Ironically, since people came down on you for your Southern accent in Greystoke, you've mastered a really amazing Polish/Eastern European accent in this.

AM: (laughs) Thank you. That is ironic, isn't it? I just need to go do a British one now. It was a fun process, but a very hard one. We only had 18 days to shoot Mighty Fine, so it was a hard film, but it's a beautiful film.

What was it that drew you to the story?

AM: I really liked Debbie and I thought the story had a lot of heart. I like taking chances with first-time directors. Debbie did a documentary about her grandmother surviving the Holocaust that I thought was really beautiful and I knew she had what it would take to make a feature. 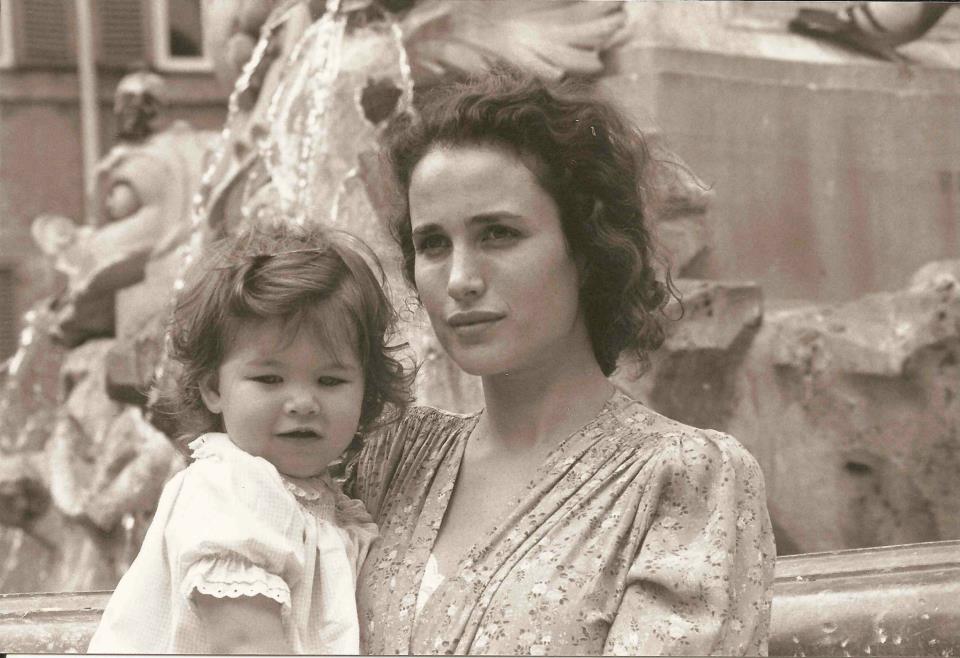 Rainey, what was it like for you as a neophyte actor working with someone like Chazz Palminteri? Were you intimidated?

RQ: Beforehand I was a little nervous, but once I met him, he's such a nice guy, once we got to know each other, I think he really started to believe in me, took me under his wing and gave me so much great advice. He was a big part of the reason we all started to feel so much like a family during the shoot.

AM: He's just a really generous man and a generous actor.

What was the biggest surprise to you about the filmmaking process, Rainey?

RQ: For the most part, I was just really happy to be working, so the hours didn't bother me so much.

RQ: The last day was really challenging because we had to finish that night and if we didn't, anything we didn't film wouldn't be in the movie. We had to work like a 20-hour day.

But isn't that when some really cool stuff comes out: when the clock is ticking and you have a gun to your head?

Tell us what it was like working with Robert Altman on Short Cuts and that ensemble he put together.

AM: The thing that he mastered that I'd never seen anybody do before was the way he'd set things up with his cameras on big cranes which would then track through all the actors and just sort of pick up bits and pieces of them as it moved. He just had incredible fluidity with the camera. Then he'd put everything together in one take.

Yeah, that was his style going back to MASH, with all those long dolly shots.

AM: Yeah, exactly. And Nashville.

Right. Remember the scene on the freeway?

AM: Yeah! That was him and no one else has done it since.

Well, people have tried, but they always end up stepping on their toes.

AM: Yeah, I'm sure. He was just a genius and also very masculine. Did you ever interview him?

Yeah, three times. He lit a joint for us during our last interview. 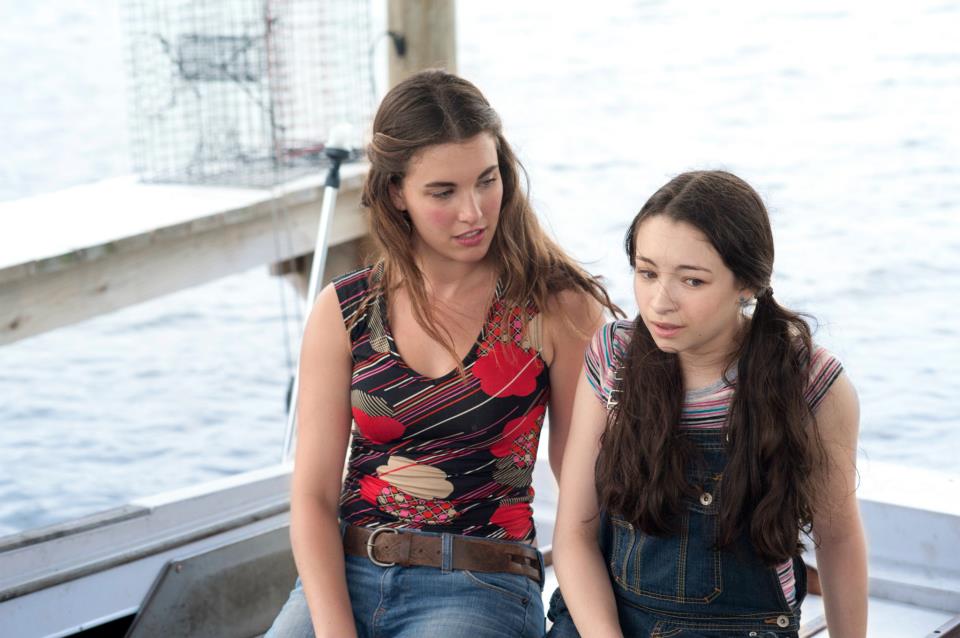 AM: That was the one thing that killed me. You know I heard he smoked pot, but I don't see how he did that and still was able to do such great work. I'm sorry, but most of the people I know who smoke marijuana are not very bright and what they talk about when they're stoned, they think they're being really smart and insightful, but they just sound idiotic.

If they're dumb to begin with. I know a lot of potheads who are really smart.

AM: Yeah, I know smart people who smoke too, but they're not smart when they're smoking. (laughs) How did he do that, do you think?

He told me that once he quit drinking, after a day at the office or shooting on a set, instead of going home and having a drink, he'd go home and have a joint. I don't think he got high when he worked.

Rainey, who are some of your favorite directors, both in terms of who you've seen your mom work with and people who are responsible for your favorite movies?

RQ: My favorite movies growing up were things like The Wizard of Oz, but as I got older, I really began to admire people like Steven Soderbergh.

AM: She was in my belly when I was doing Sex, Lies and Videotape.

RQ: Yeah, that movie has a special place in my heart. I should put that on my resume. (laughs)

To read the complete version of this interview, please go to www.thehollywoodinterview.com.