It sounds like the beginnings of a mid-century romance novel: Once upon a time in 1945, Transylvanian-born photographer Andre de Dienes was looking for a muse. He had briefly moved to Hollywood from New York City in search of a model willing to pose for his experimental nude projects. And it was only after many unsuccessful calls to modeling agencies that a girl named Norma Jeane Baker walked into his life.

Baker had reportedly been camping out at Blue Book Modeling Agency's office, laser-focused on jump-starting a career in Hollywood, so they sent her over. A mere 19 years old, Baker was described by de Dienes in a memoir as a "miracle" that happened to him and a "sexy looking angel." As predictable as a romance novel, he fell in love with her at first sight. So instead of asking her to pose nude, de Dienes invited Norma (whom he'd been told was married, but separated from her husband) on a five-week trip through California, Nevada, Arizona and Oregon, that would -- of course -- end in an engagement.

So the rest of the story goes, de Dienes returned to New York after that first trip, with hopes of continuing their relationship. Eventually, though, he found out that Baker had rebranded herself as Marilyn Monroe -- and was intent on remaining a single actress. The engagement ended. Nevertheless, in 1946, de Dienes once again asked Monroe to travel with him, this time to a beach in Malibu to take photos for a book of poetry and philosophy. She agreed.

Fast forward three years, and Monroe was well on her way to becoming a celebrity. During a visit to New York, she got in touch with de Dienes, leading to a photo shoot on Tobay Beach on Long Island. In her 20s, de Dienes described her as "a magnificent, elegant young woman, sophisticated like [he had] never seen her before," yet his photos tended to portray the former Norma Jeane as a casual beachgoer, hair wind-blown and face perpetually angelic. They would shoot together for the last time in 1953, in a dark valley in Beverly Hills, working off the light of de Dienes' headlights.

Monroe died in 1962, still allegedly in touch with de Dienes, though she'd remarried and had been involved with other men since they met.

Their story is a charming one, particularly when some of the more unforgiving details of their relationship are omitted. According to de Dienes' own account of that first trip, Monroe slept in the back of his modified Buick, in a space dubbed her "little cage." "Norma Jeane laughed like crazy when I told her she would become my little slave and prisoner," de Dienes darkly recounted in his memoir, "that I might even buy a long thin chain to attach one end of to her ankle and the other end to the car!" It was later rumored that de Dienes' anger got in the way of their relationship.

"Always thinking of his early photographs as the turning point in her career, in 1960 he sent her two letters berating her for never acknowledging him for launching her to to fame," Steven Kasher Gallery, the gallery hosting "Andre de Dienes: Marilyn and California Girls" this month and next, wrote in an exhibition description. "It is difficult to say if it was the fact that she never credited him for her success which upset him or if his anger was the result of her continued rejection of his affection."

Later in life, de Dienes, who published over 20 books of nude photos over his career, lived like a recluse. Many of his photos of Monroe remained hidden in his garage for decades until his wife Shirley T. Ellis de Dienes, a former model who posed nude for her husband, discovered the stash of prints five years after his 1985 death. Thanks to Shirley and author Steve Crist, the collection of rare images of Monroe are now on view at Steven Kasher Gallery, giving viewers a glimpse into one of the actresses' first relationships in Hollywood.

While there's no point in crediting de Dienes for Monroe's fame -- she, extremely driven and unafraid, was the key to her own success -- it's interesting to fathom what her life would have been like without that first encounter with a lone Austro-Hungarian photographer.

Rare Photos Of Marilyn Monroe, Taken By The Man Who Fell In Love With Norma Jeane
Marilyn Monroe Was More Than Her Movie Roles? 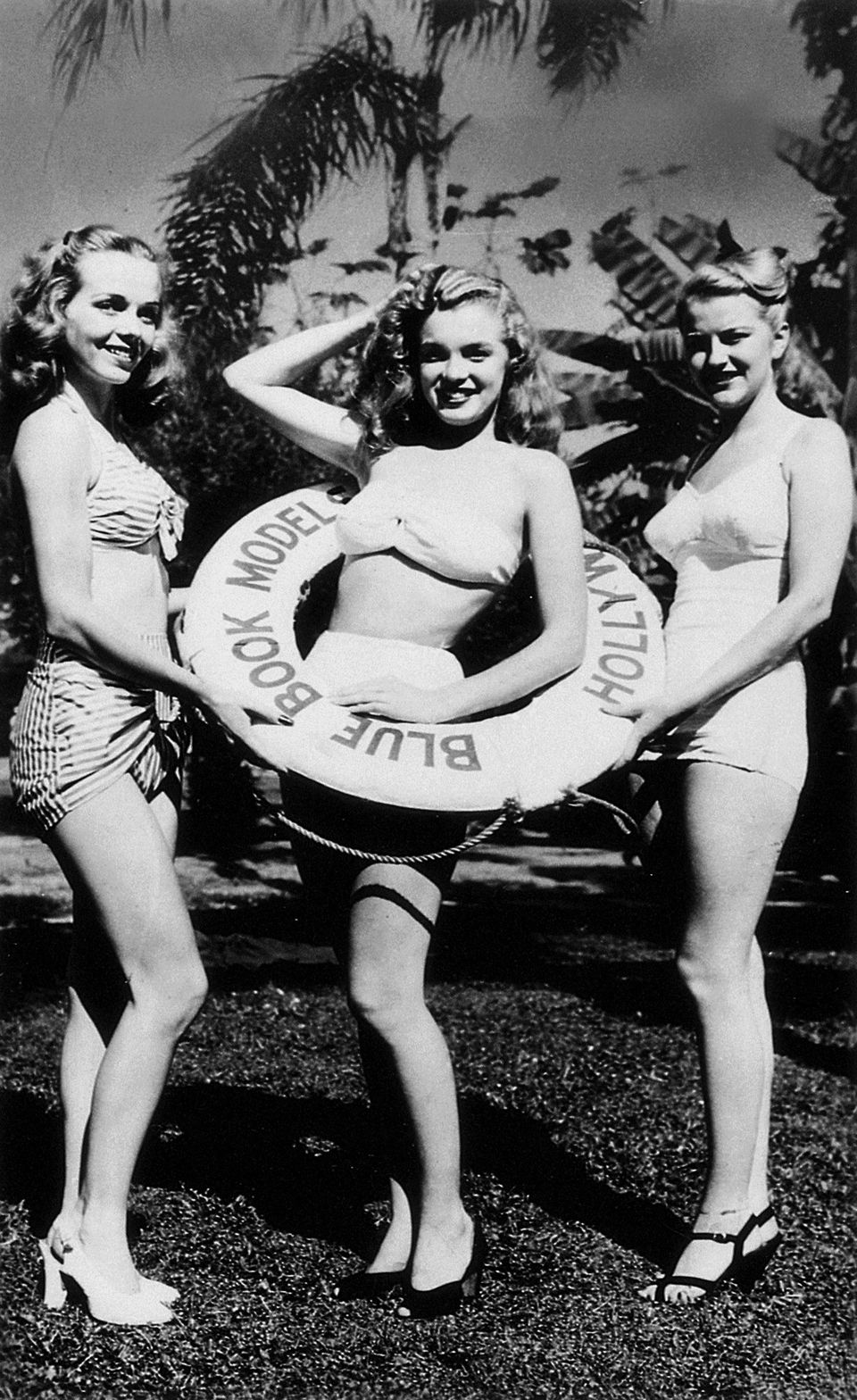