Houston Texans wide receiver Andre Johnson is known as one of the best offensive players on the field. Off the field, he's known for something else: He's practically the living embodiment of Santa Claus.

For the eighth consecutive year, Johnson has treated at-risk children from child protective services to a shopping spree at a local Toys R Us store.

Johnson, who wears #80 on his jersey, gives the kids 80 seconds to run through the store and fill a shopping cart.

Johnson said his uncle came up with the idea.

“He was like, ‘Give ‘em 80 seconds to run through the store and let ‘em just get what they want.’ And I was like, ‘That’s not enough time.’ And he was like, ‘They can grab a lot,’" Johnson told the Houston Chronicle.

"So we did it the first year and when the kids came back, I was like, ‘Wow, I didn’t think they could grab that much stuff in that amount of time.’" he said. "So we just rolled with it from there and we just kept doing it every year."

In reality, the kids get even more than what they can grab in those 80 seconds as Johnson also gives each child a gaming system and games as well as gifts to give to their siblings.

It was so high that Johnson's credit card company flagged the first register's bill of more than $5,000 as suspicious. ESPN reports that Johnson had to call and explain it was really him spending all that money on toys.

“This is such a wonderful, wonderful blessing,” Georgia Gay told HoustonTexans.com. Her grandson, Benjamin, was one of the children who took part in the event.

“Can you put words on this? You can’t put words on this," Gay said. "Especially as parents and grandparents, some of these things we won’t be able to buy at this time. I thank God for this, and I thank Andre Johnson for this.”

"I'm in a blessed situation so I'm able to help other people. That's all that matters," Johnson said in a Houston Chronicle video. "I've always said, if I was able to make it I would do stuff like this."

"You go through stuff as a kid growing up. You understand certain situations," Johnson told ESPN. "I understand some of the things these kids go through." 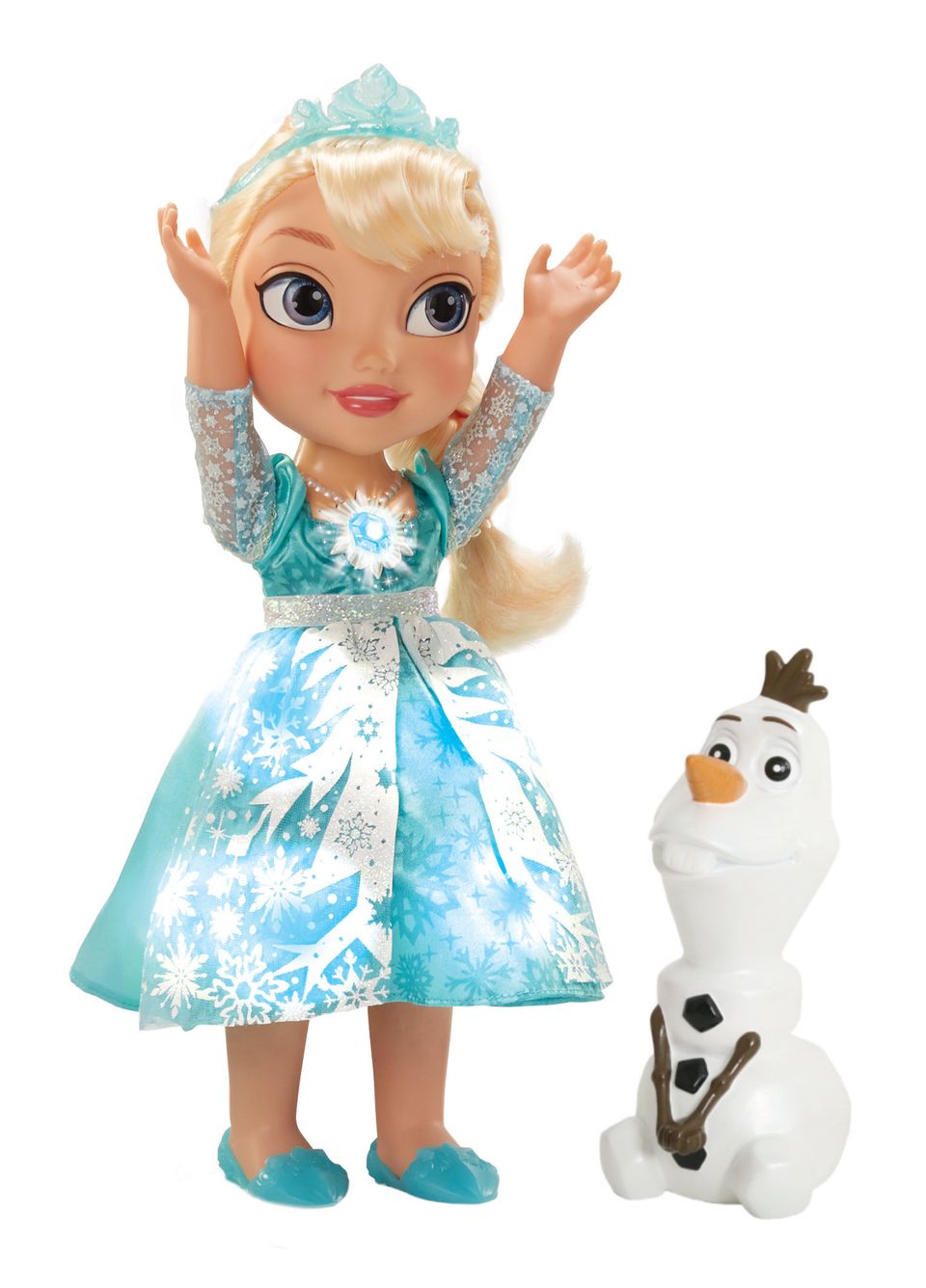 1 / 15
Snow Glow Elsa (£34.99)
With the touch of her magical snowflake necklace, hear Elsa talk to her Frozen friends and watch entranced as her dress lights up in a flurry of sparkling lights. If you raise her arm, Elsa’s dazzling snowflake necklace beams as she plays the world renowned and Academy Award®-winning song "Let it Go" and her dress glitters with a luminous light show. Price: £34.99 / <strong><a href="http://www.smythstoys.com/uk/en-gb/toys/fashion-dolls/c-524/disney-frozen/p-4851/disney-frozen-snow-glow-elsa/" target="_blank">Buy it here</a></strong>
Smyths Toys