Having packages stolen from your front door is a crappy experience for anyone, but a woman in Washington, D.C., got her sweet revenge in a very stinky way.

After having numerous packages stolen in front of her house, Andrea Hutzler started leaving packages of dog poop instead -- and the crooks quickly took them away, MyFoxDetroit reports.

Hutzler said she's been plagued by doorstop thefts for the past two months. Christmas gifts, clothes and even 6-foot-long aluminum construction poles have been stolen in front of her home, according to the New York Daily News.

Hutzler set up a surveillance camera on her front door and discovered the same Grinch was repeatedly stealing items.

All told, police said an estimated $858 worth of goods have been stolen from Hutzler, WPIX TV reports.

Earlier this week, she decided to take matters into her own hands, with some help from her two dogs.

"I have a shovel that I use to pick up their dog poo, so instead of just shoveling it into a garbage bag, I shoveled it into a box," Hutzler told ABC7.com.

Hutzler placed the doo-doo box on the doorstep and moved the camera so she could get a better angle of the robber's face. 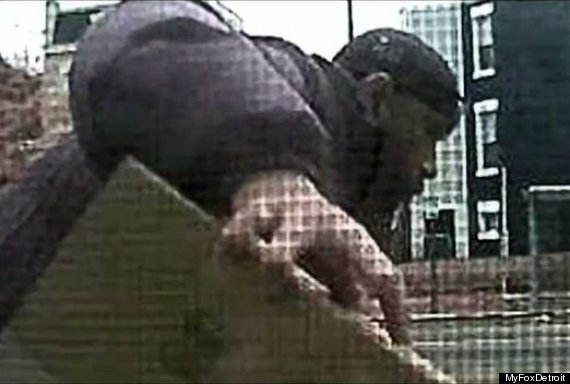 She struck pay dirt on Monday when the robber once again took a package, not realizing this one contained a special delivery.

“I had originally wanted to put a note in the box that said, 'Surprise!'” she told WJLA TV.

Sadly for her, there was no camera to capture the expression of the thief when he opened the poopy package. Still, Hutzler thinks she won't have any more packages taken from her doorstep.

"I think he would be gone for good because he'll never know what I’ll be putting in a box," she said, according to the Daily Mail.