To look at one of Andrea Joyce Heimer’s paintings is to feel at once comforted and confused. Bold patterns clutter the walls of her domestic scenes, which lean at implausible angles, distorting your perception. With plants and knickknacks scattered about living rooms and bathrooms, she builds settings of organized chaos. A framed image of a sinking ship hangs on the wall of a room where girls are swooning over an unobtainable crush. A homey wallpaper pattern peppered with apples and cowboys adorns another space, where a tame holiday party is underway.

“Everyday settings are where life happens,” she told The Huffington Post. “I have been devastated at kitchen tables, awestruck on car roofs while staring at the sky, and haunted by things I saw in backyards.”

The site of most of these hallmark happenings was Heimer’s hometown, Great Falls, Montana, where she grew up in the '80s. She was adopted, and consequently suffered from feelings of isolation and depression, comforting herself by observing those around her, and creating stories patched together from facts, myths, and personal beliefs. 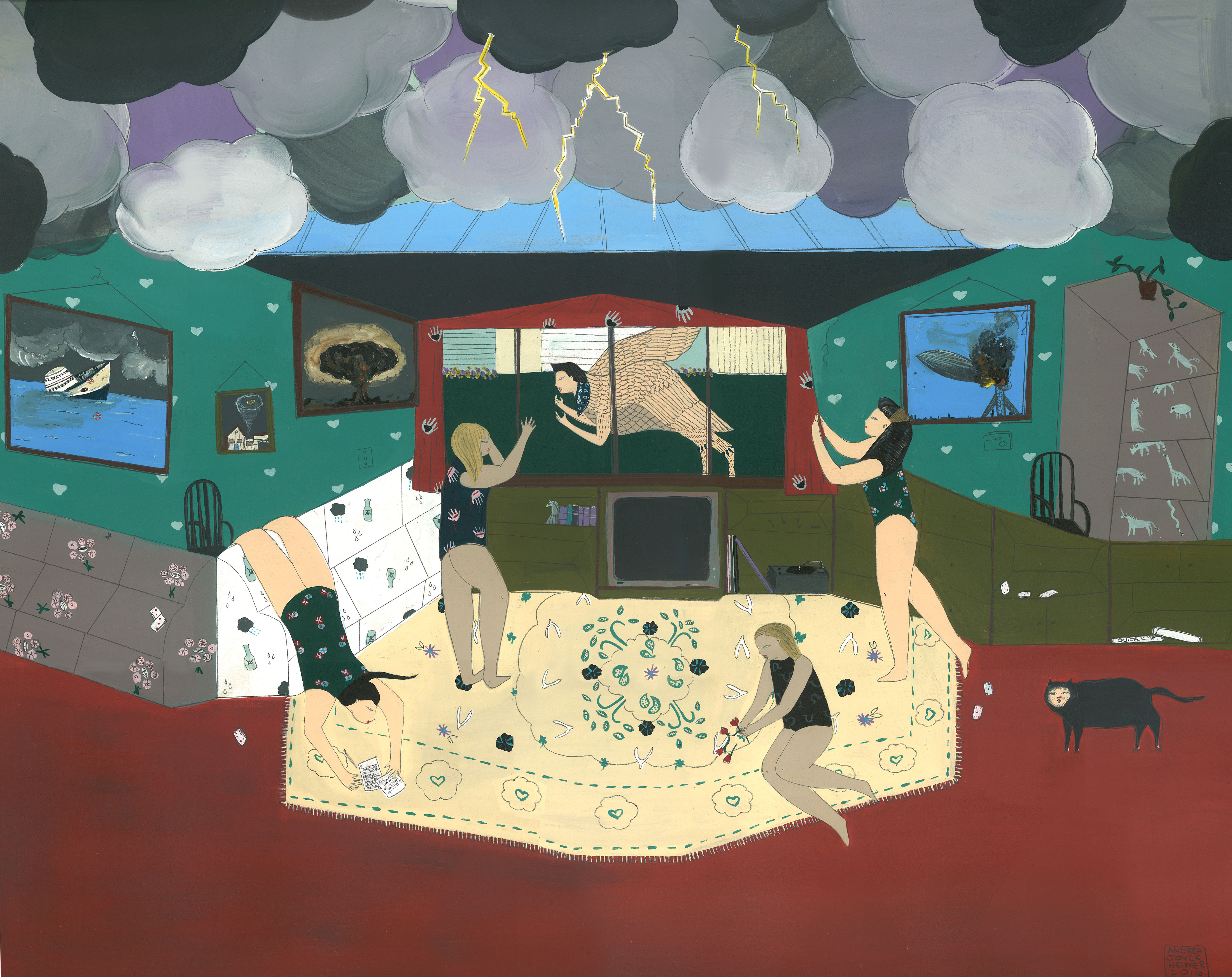 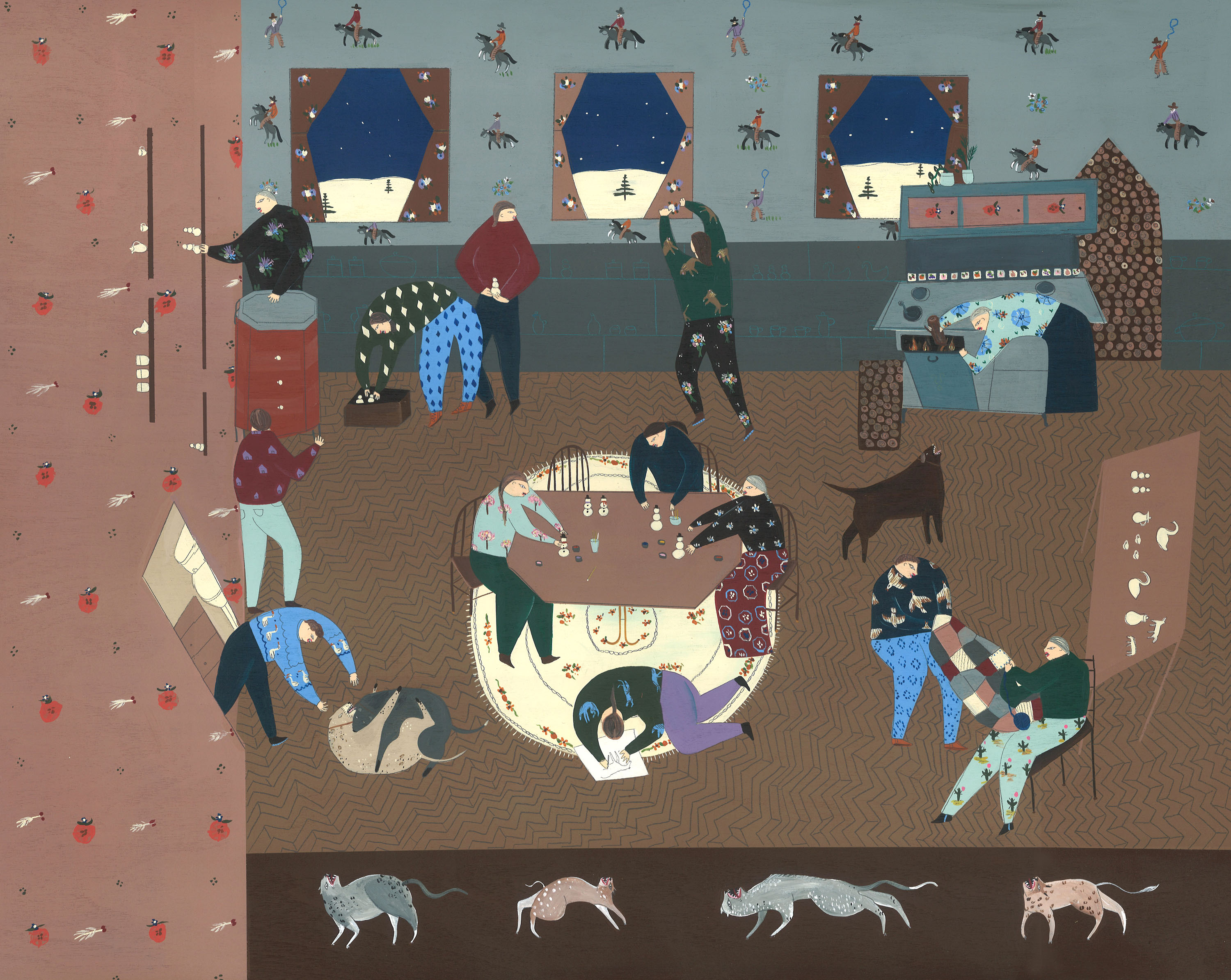 “Through quietly observing the lives around me I was able to piece together neighborhood tales of madness, conspiracy, and love, often substituting my own theories to fill any missing pieces of the story. The result was a kind of vicarious connection to those around me -- a connection that somewhat sustained me during deep depressive bouts,” she said. “Part allegory, part autobiography, my paintings depict scenes of heartbreak, madness, and the emotional claustrophobia that stems from living as an outsider in my own backyard.”

Heimer stresses that her work is a practice in art therapy; not only has crafting these scenes allowed her to feel connected to the place she once called home, but the physical act of creating each piece has been a soothing exercise. The rich patterns, in particular, are a joy for her to illustrate.

“I cannot fully describe how grateful I am to have discovered patterning as an outlet,” she said. “When my depression erupts and I feel like climbing the walls, the repetitive action of painting tiny patterns can keep my brain distracted for hours.” 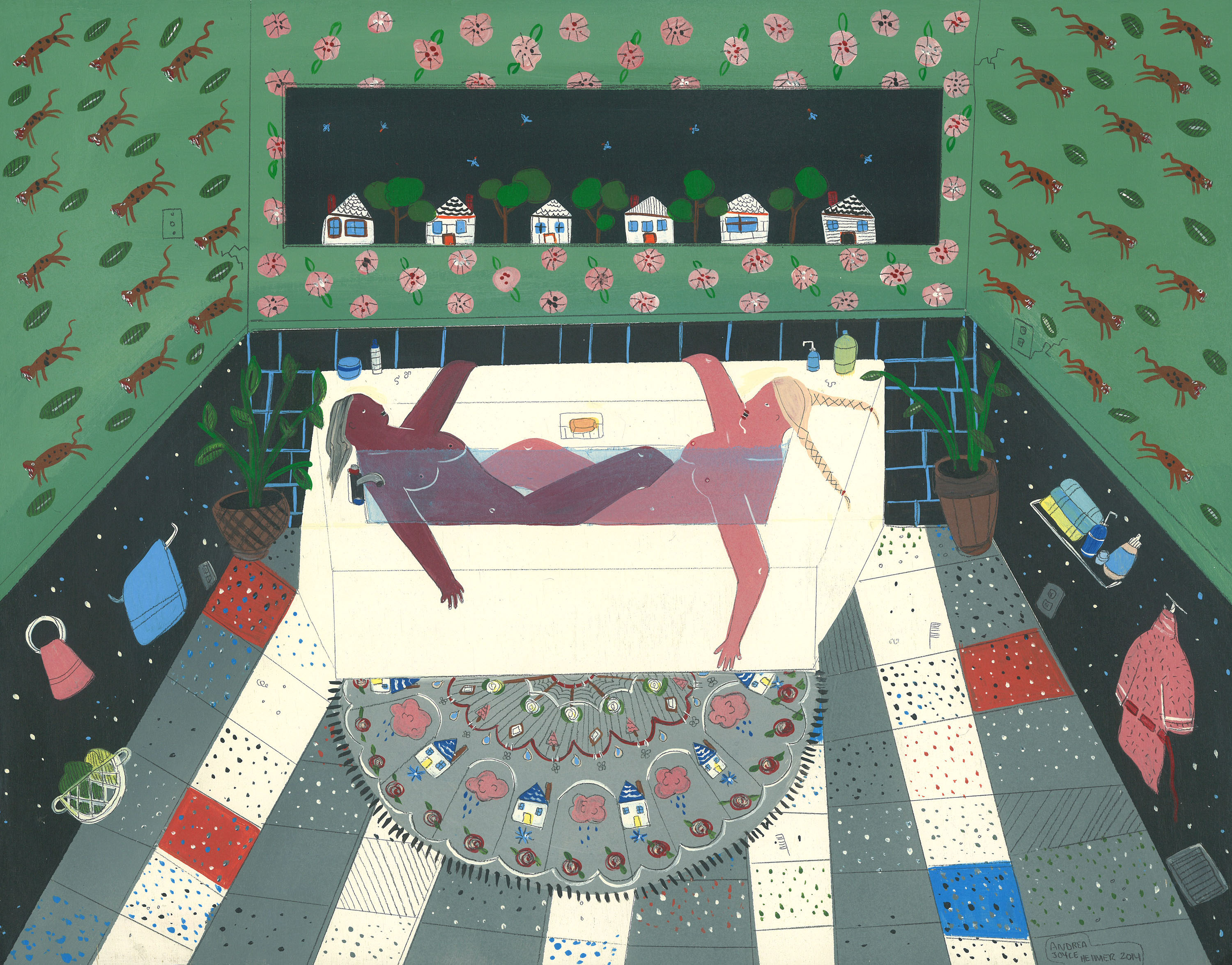 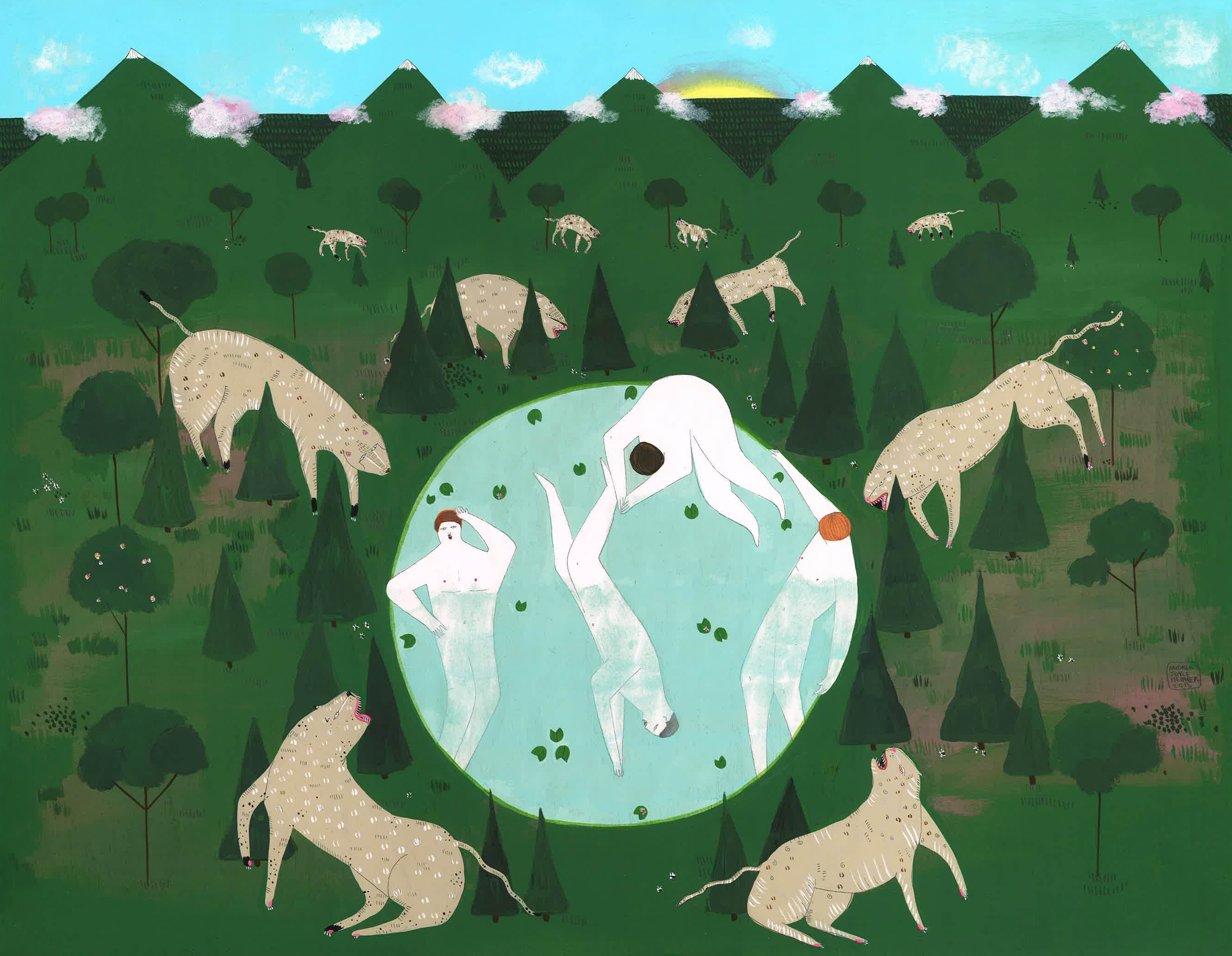 Such patterns include a bathroom scene in which a traditional, dainty bathmat spruced up with floral imagery is given a Surrealist touch: Pink, rainy skies shake up the design, making it a canvas for the subjects’ emotions. In the tub, two women bathe together, looking at ease.

Of the whimsical quality of her paintings, Heimer said, “Casting a dreamlike light on my life was the only way I made it through adolescence … magic is a way to live through monotony.”

Although her works evoke wonder, to call the process magic would undermine Heimer’s efforts. Though she’s received no formal arts education, she’s instructed herself in a number of mediums, including figure painting and silk screening. Because of her lack of collegiate-level training, she’s often classified as an “outsider artist.” Of the epithet, she said, “I try not to think about it too much. In my opinion the term has issues of its own.”

Instead, she’d prefer to be known as a storyteller. “The work is narrative,” she said. “I am a big storybook and I want you to sit down and listen to me and look at me -- sadly there is no art world term for this!”

Heimer's work will be displayed in a solo show at Lindsay Gallery in Columbus, Ohio, beginning May 1. Take a look at more of her paintings on her site. 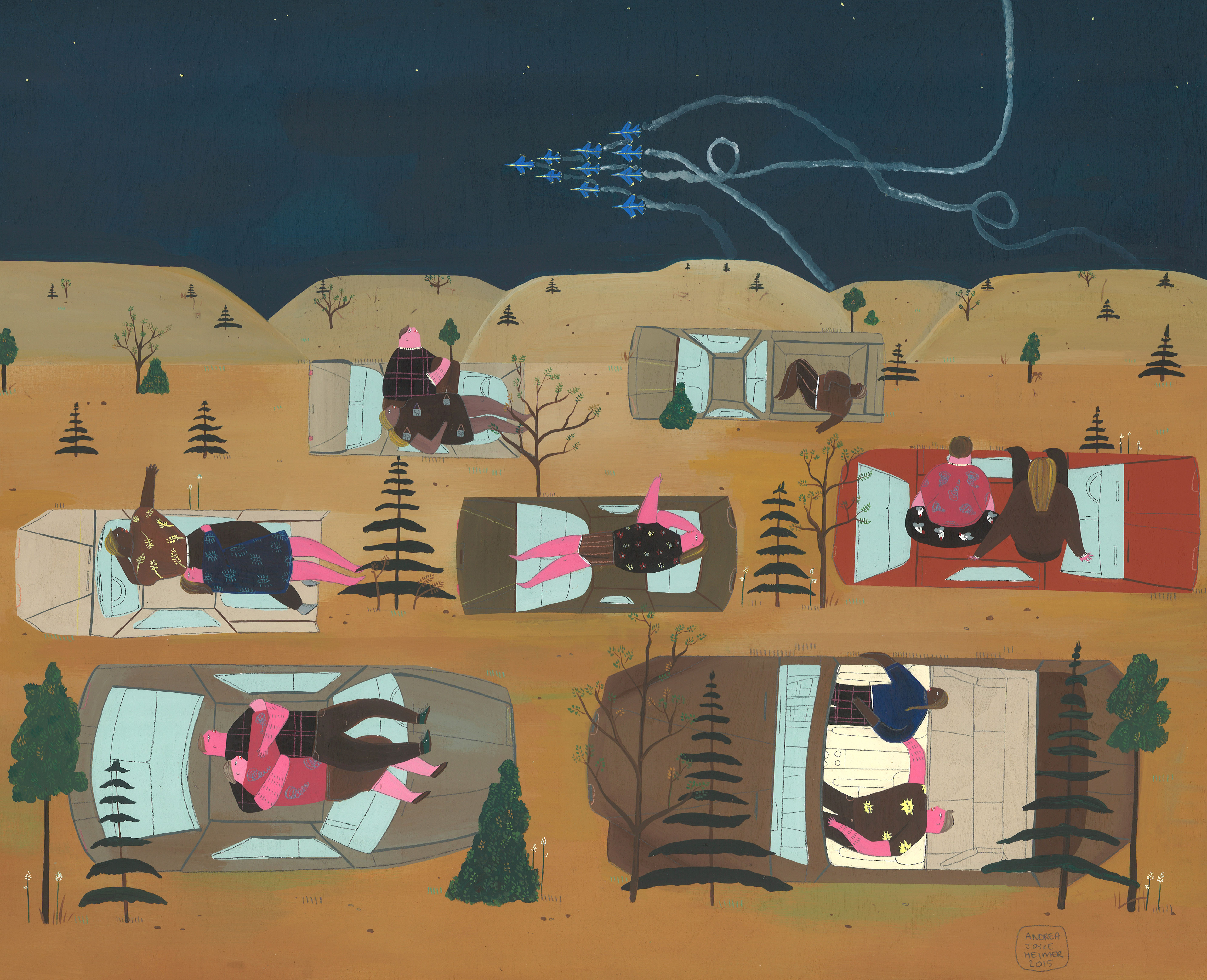 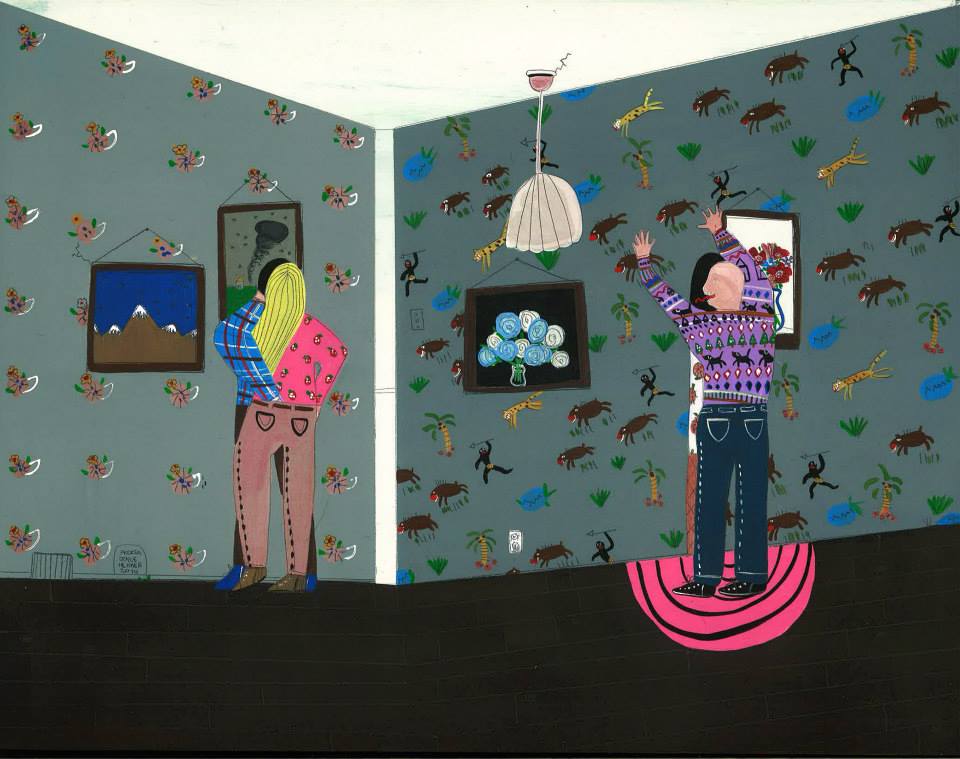 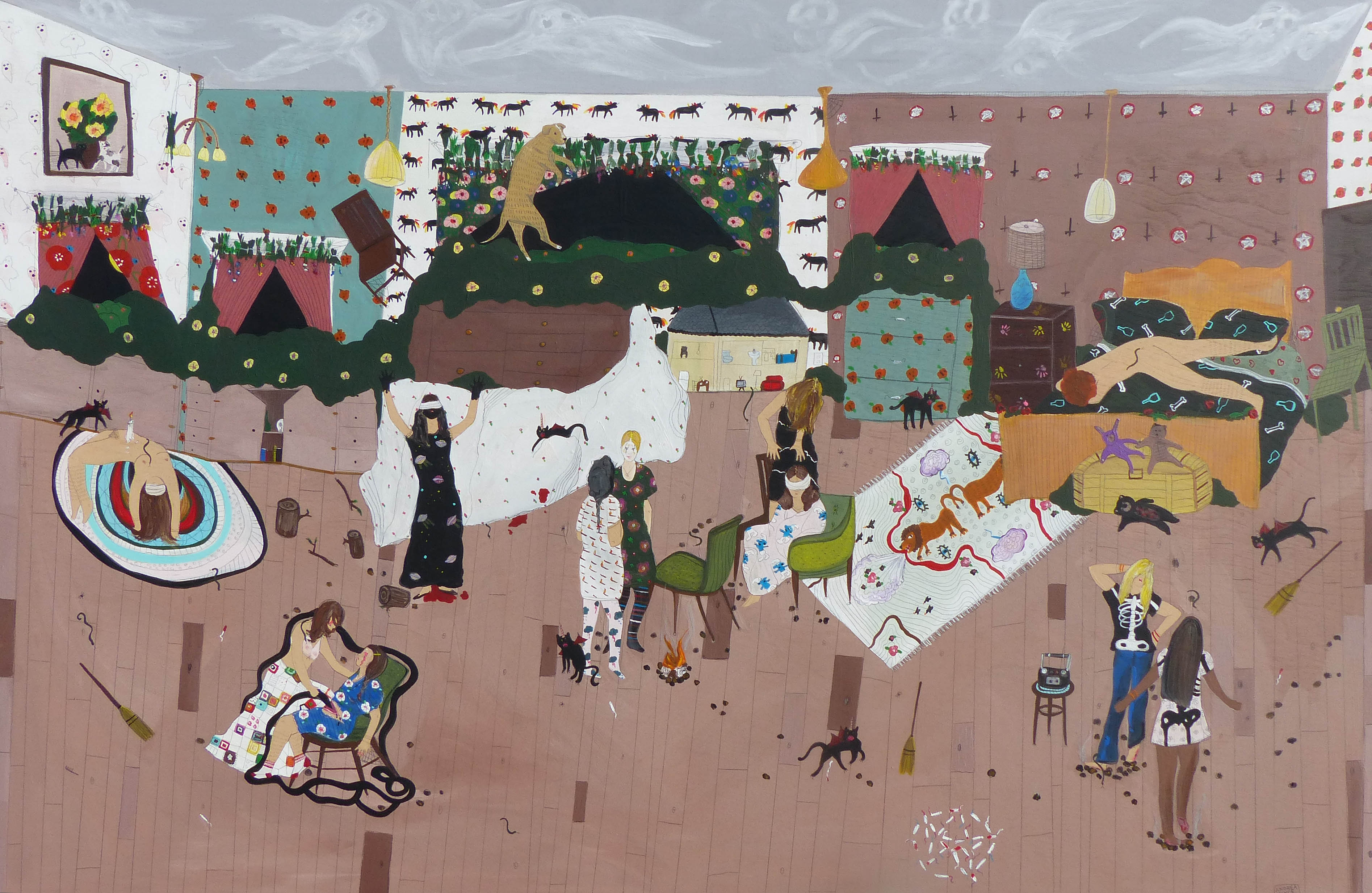 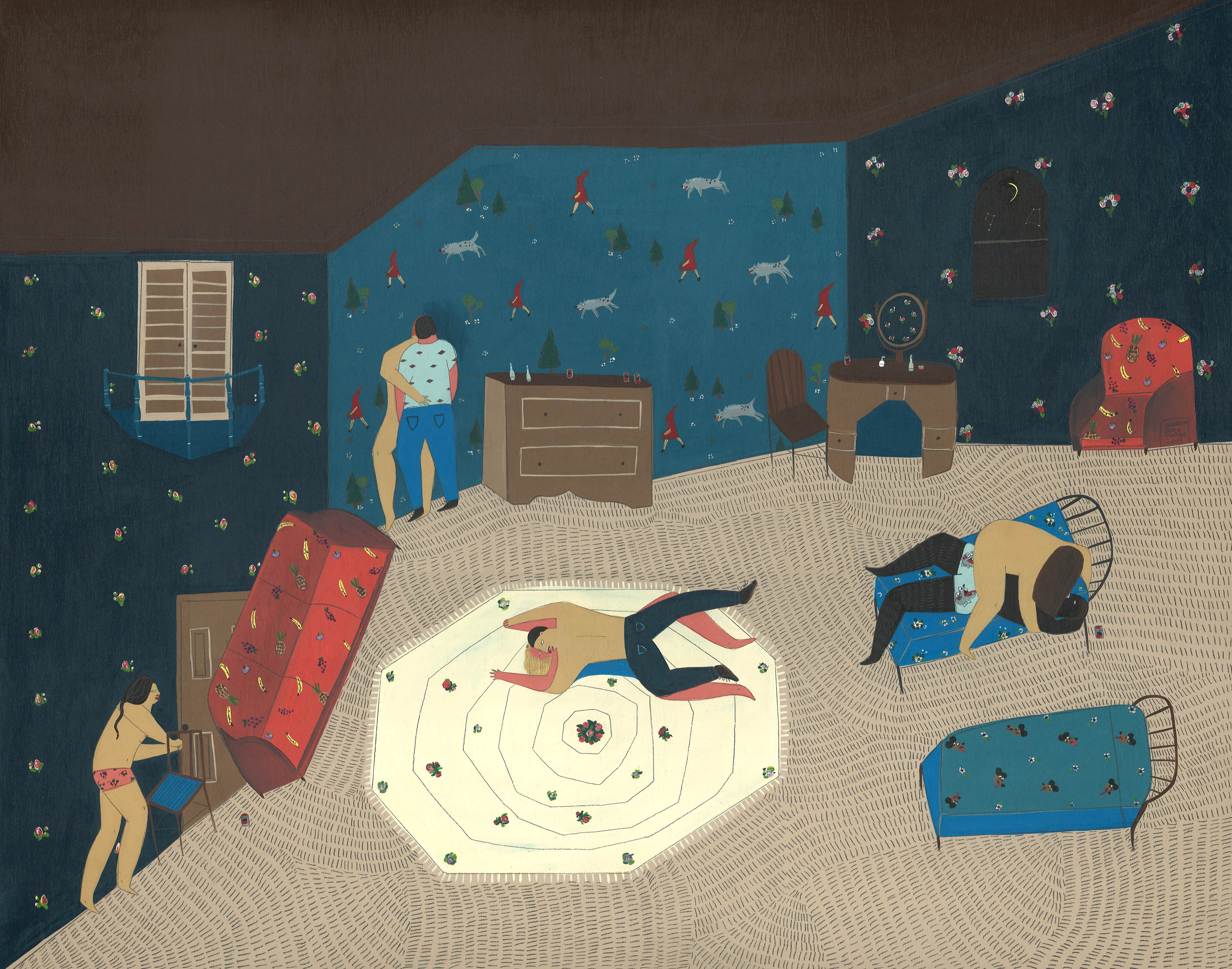 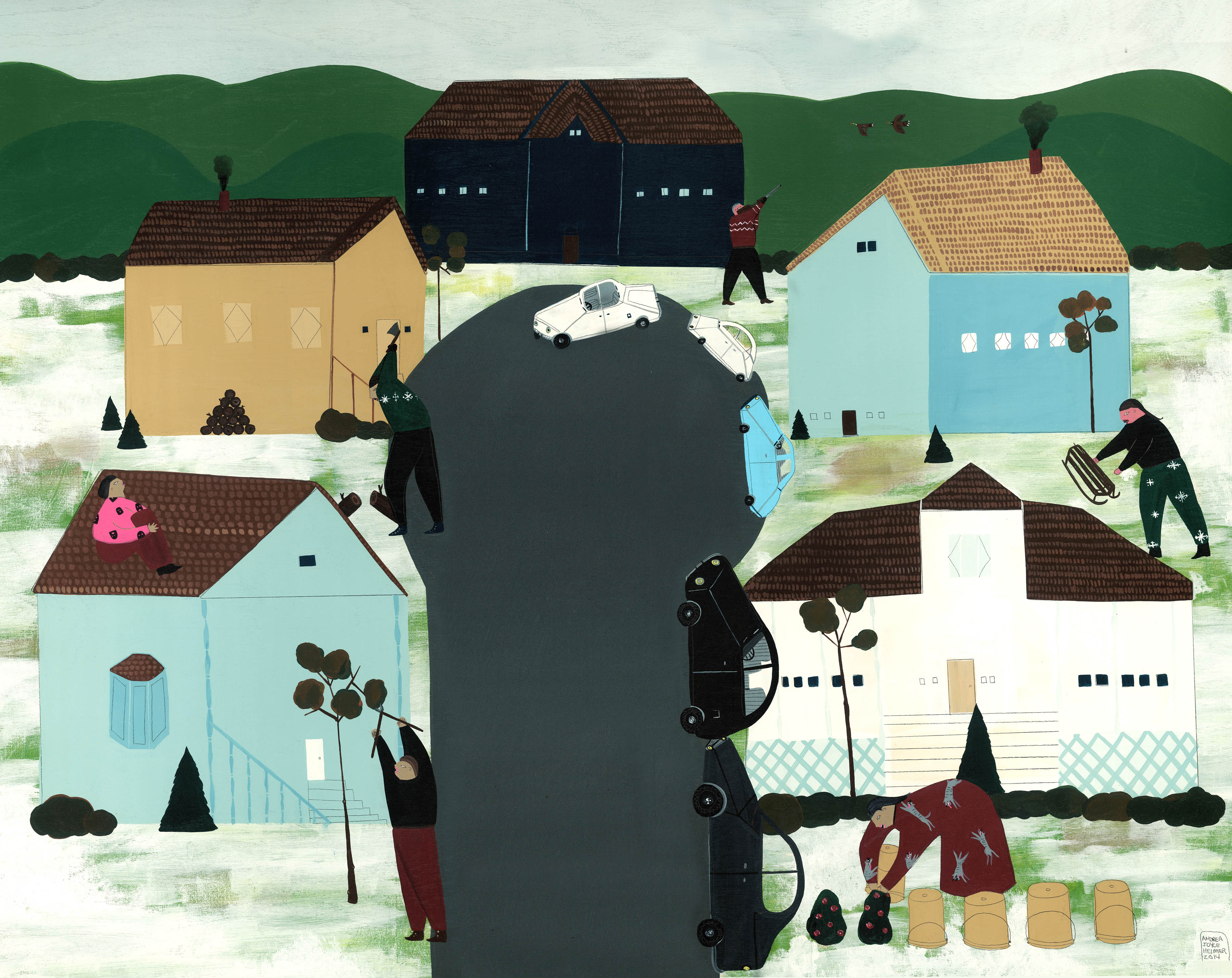