Ever wonder what would happen to your favorite superhero as he or she began to age, gradually becoming less lithe and more, well, enfeebled?

That's what Swedish artist Andreas Englund thought when he began his tenderly comic new series that depict a jump-suited crusader in his twilight years -- as a man who still has the power to defeat the bad guys, but might have to catch his breath afterward. Englund's series was recently displayed at Stockholm’s Lydmar Hotel this past summer.

“Humor can be the carrier of messages that are otherwise hard to convey," Englund, who is originally from the Swedish town of Falun, said of his work. "For me, it liberates my thoughts and ideas from pretentiousness while at the same time it opens doors to new routes and angles.”

Take a look at some images from the series here: 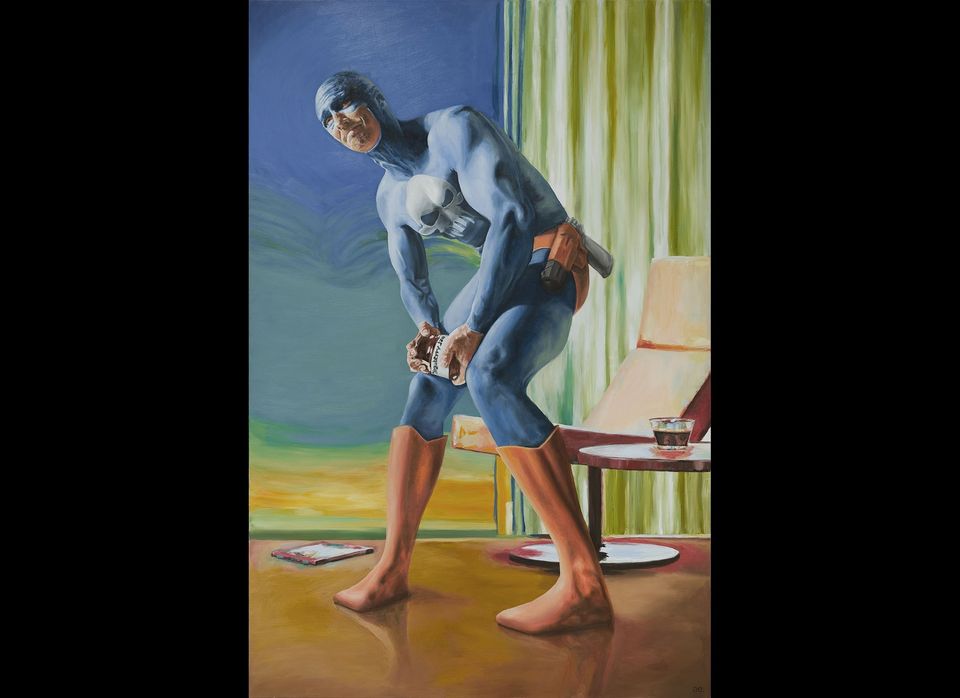