Today in bypassing subtlety: an American accessories company has put out a hat that will probably make you do a double take.

In the photo and video spots, Andrej, who's famous for transitioning between female and male aesthetics with ease, mugs for the camera in a monokini and long blond braids as men wearing ski masks kind of chill out in the background. Oh yeah, and there's the "CUNT" that's emblazoned on his baseball cap.

Adeen's website proclaims, however, that the word is actually an abbreviation for a more innocent expression: "“The C*NT hat pays homage to RuPaul in general and the message from his show, Drag Race, that one must always have Charisma, Uniqueness Nerve and Talent!"

It's not like Adeen's products give the impression that it's a tame, conservative company, so we're hardly shocked that they've made a hat with an expletive on it. (Adeen's website also lists for sale a knit cap emblazoned "Pretty bitch.")

But still, it's a statement few designers dare to make.

(Scroll down for photos and video -- NSFW language!!) 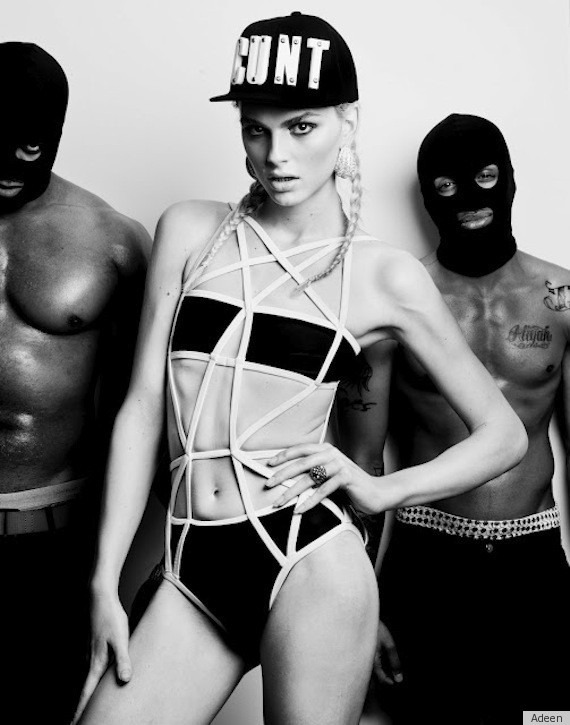 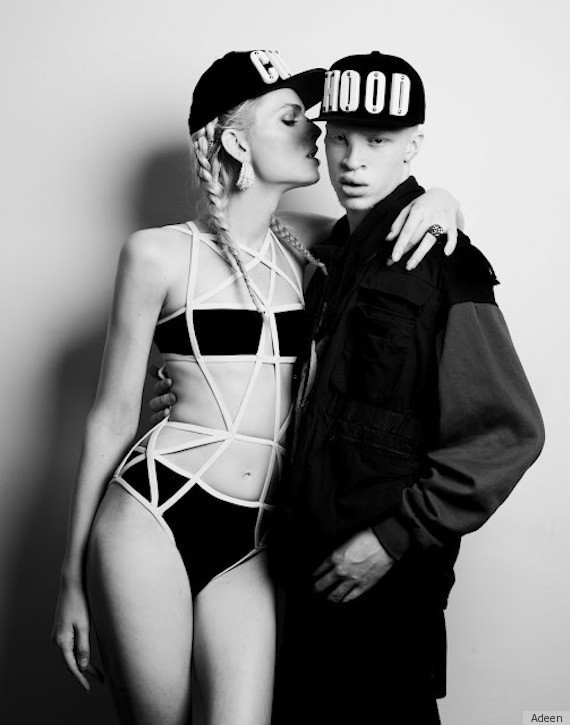