Cast as the new Peter Parker in the reboot of the Spiderman film franchise, Garfield plays a younger Peter Parker than Tobey Maguire, who crawled the walls in the three Sam Raimi-directed films.

In December, Garfield spoke to the British newspaper the Guardian, talking about his extreme workout routine to get into shape to play the role -- and his childlike excitement to take on the mantle of the hero.

"I feel like a kid in my pajamas," he laughed. "I don't take it lightly and I feel incredibly lucky that I get to wear spandex for the next few months.

The image was released by Sony Pictures, who will release the film on July 3, 2012. 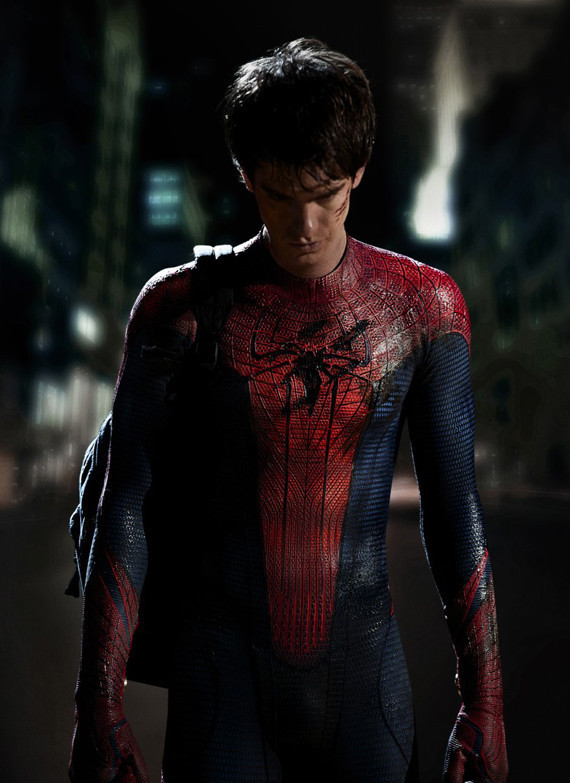