Andrew Garfield is playing one of the world's most beloved superheroes in Spider-Man, and at Comic-Con in July, he gave a heartfelt speech about how much the webslinger meant to him in his youth.

Apparently, it may not have been just Spidey that impacted his childhood; a recent wardrobe decision revealed that he either has a deep sense of irony, or a deep knowledge of 70s existentialist satire comic books.

Garfield was caught eating ice cream in a Howard the Duck shirt; the character was the star of his own, bizarre comic book series from Marvel and has, in sporadic appearances, lasted through the years in special issues and miniseries. A candidate in the 1976 presidential election, he was also the star of a massive film flop. For more on the character, click here. 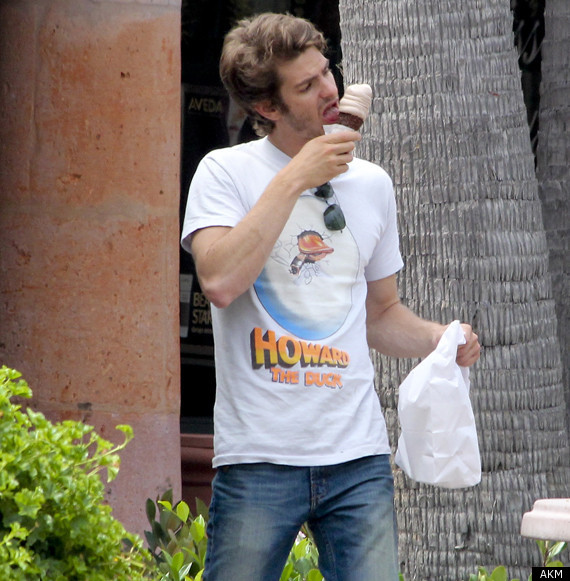