The Berggruen Institute's Dawn Nakagawa recently spoke with Andrew McAfee, a co-founder of MIT's Initiative on the Digital Economy.

Your book The Second Machine Age opens with an explanation of how the Industrial Revolution is the only event that bent the curve of history, causing a massive population explosion and accelerated progress in various areas of human development. Now you claim it is going to bend again. Why is it happening now and how will it be measured this time?

In the first instance, we overcame our physical limitations as humans, enabling us to do more, carry more, go further and push harder. This time we are overcoming the limitations of our brains, amplifying the abilities of our minds to at least the same extent as we amplified our muscles. The rapid acceleration of technological development is giving us tools and machines that can do many of the things humans do, and do them much better in many cases. This is going to have the same, or an even more dramatic, impact on the arc of history.

As for how it will be measured, well, it will not be the same. For one, population cannot keep growing, and we know that from demographic studies it won't. But current measures of human progress and quality of life fail to capture much of the value that technology creates. GDP per capita, for example, has no way of valuing Google, Wikipedia or the mobility of smartphones. More and more of what we value is going to become very cheap or free. If and when we construct that ideal measure that captures value and human progress properly, we are going to see it take off.

You call yourself a digital optimist, but many vocal detractors associate your work with a pessimistic view of the future. Have you been misunderstood?

I describe myself as a mindful optimist, and I believe that many people are focusing on the mindful part as opposed to the optimistic part. The fact is, the technological progress we are experiencing is the best economic news on the planet, bar none. It will increase the material bounty of our world, giving us higher volume, more variety and better quality goods and services at lower prices. Today, it is bettering people's lives at all levels of the pyramid in all regions of the world. We need to not lose sight of that.

So we are living science fiction lives in a lot of ways. But there is a difference between optimism and utopianism, which asserts that everything is good in every possible way for everyone, because of technology. I don't believe that.

When we think of people not as consumers but as people who want to participate in the economy by providing their labor in return for access to this abundance, I see some challenges. The evidence is showing in the stagnation of incomes, the polarization of economies and the challenges facing the middle class. Tech progress is not the only driving force, but it is one of them, and to ignore or downplay that does a disservice to addressing those challenges.

As a result of encouraging job growth numbers in the last few months, the fears of a "jobless recovery" and a new economy that were percolating a few years ago have abated. Are we not yet feeling the effects you predict or are we already adjusting to the new economy? Recent job reports have been really good news. But it is premature to think we have overcome our employment challenges. The labor force participation rate is at a 30-year low and has been trending down since the end of the Great Recession. And the jobs being created are at the lower end of the wage scale.

Real wages only grew by about 2 percent over the course of the last year, which is far below what we have seen in earlier decades. So I don't think the evidence is showing that we have overcome our challenges.

There are a lot of reasons for the tough current employment environment, including weak demand and the recent availability of huge amounts of cheap labor around the world. Tech progress is another one of these factors, for the simple reason that as technology can do more and more, companies need human labor less and less to get their work done.

Many of the "technologists" believe that technology will expand labor force participation by enhancing and amplifying capabilities that are uniquely human. What potential do you see for such technologies to address the jobs deficit?

The technologies I am most excited about are those that combine what humans do best with what machines do best. But that balance is not static. And what we are seeing is that machines are acquiring all kinds of capabilities that used to be uniquely the domain of humans -- like induction, pattern matching, natural language processing, image recognition and categorization. These were the holy grails of the artificial intelligence community for years, but suddenly we are making striking progress, creating machines that have superhuman capabilities.

We, unfortunately, are not evolving new skills and abilities with the same speed. There will be areas of technology that enable work force participation in new ways. But when the rebalancing is done, I believe in many situations we're going to have a lot of machines and a relatively small number of people per unit of output.

Inequality is already a problem. How much worse will inequality get in this new future? The stratospheric wealth of the 1 percent presents some challenges. But I think it's largely a distraction from the more important challenge, which is not about the people at the top pulling away. It is about the 50th-percentile worker or the 25th-percentile worker. It is about the stagnation in the prospects and earnings of the middle class. We need to focus on how to improve the prospects for the middle and the bottom, people who are finding themselves stagnating or sliding backwards. It could well be that higher marginal tax rates on top levels of income and wealth are part of the solution, but we need to broaden the conversation to look for comprehensive solutions to a complex problem.

So what do you think is the time horizon for machines replacing people?

Machines replacing people has been happening for decades. What has changed and what there is some disagreement about is the pace and extent. I believe we are facing a time when machines will replace people for most of the jobs in the current economy, and I believe it will come not in the crazy distant future. However, it is not going to be immediate or in the near term, and there are some simple things we can do to prepare.

Like what? In the short run the playbook is pretty well understood, and there is a fair amount of consensus on the right and left about what that is. It is so uncontroversial, I like to call it Econ 101. Things like having outstanding infrastructure -- which we don't. Enlightened immigration policies -- which we don't. Having an education system that turns out people with the skill sets needed -- which it doesn't. Fostering entrepreneurship in our country -- which today is stifled in many ways. Preparation is about making the decisions and right investments for the long term, but we aren't doing so for the economy we have, let alone the one that is coming.

How do we need to change the education system, not to address the labor force skills gap we see today but to prepare our younger generation for the economy that is coming?

Our education system is in need of an overhaul. It is frustrating that our primary education system is doing a pretty good job at turning out the kinds of workers we needed 50 years ago. Basic skills, the ability to follow instructions, execute defined tasks with some level of consistency and reliability. Machines can do all those things better than we can. What they can't do, at least not yet, are things like negotiate, provide loving and compassionate care, motivate a team of people, design a great experience, realize what people want or need, figure out the next problem to work on and how to solve it and so on. And not all the items on that list require advanced degrees. We're going to need people with all kinds of skills and training for some time to come, so let's rethink our education system so that it provides the required variety.

What are the chances of getting any of this done given the state of our politics?

I try to be an optimist. I am dismayed by the partisanship, but I am encouraged by the significant change we have seen in unexpected areas, despite the situation in Washington. A few years ago, had someone told me that by early 2015, gay marriage and legal use of marijuana would be fairly widespread and gaining momentum, I would have laughed. But here we are. It makes me optimistic that society can change; we need to start by changing the conversation.

The WorldPost is hosting a Future of Work conference on March 5th and 6th in London. To find more information, click here.

Andrew McAfee: The Second Machine Age Is Approaching. Here's How We Can Prepare.
Deloitte’s Top Ten Tech Predictions for 2015 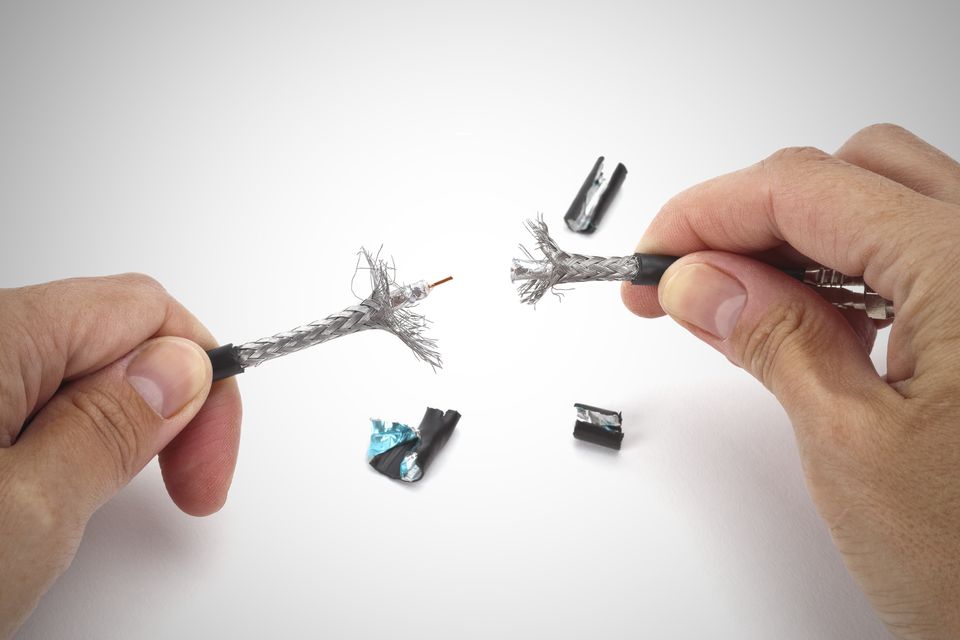