(Updated with photos and more features).

Summer may have ended, but Android users are getting ready for some Ice Cream Sandwich.

Among the major changes coming to Ice Cream Sandwich are:

- A new font called "Roboto," which is a semi-circular, more rounded font than usual. - Home, back, menu and search buttons being moved onto the touchscreen, especially important as the Samsung Galaxy Nexus has no physical hardware buttons. - General overhaul of the user interface. Expect much larger pictures for contacts, the ability to resize widgets on the homescreens, a favorites tray that is always visible at the bottom of the screen for quick launch of contacts, apps and webpages. - The ability to swipe right or swipe left on any screen. Much like on Windows Mango, Android will now give users the option to swipe screens to the side to switch between panes. - The ability to take screenshots by simultaneously pressing the power button and the home button. - A new data usage view. In the settings, a data monitor will show how much data the user has eaten up in the month; this monitor will give the user an option to set a threshold where the user will be warned or where data will be shut off. It will also give the user the ability to view how much data each app is using over time, including in the foreground (while it's running) or in the background (while any other app is running), giving the user the option to always turn off data for a given app while it runs in the background.\ - Camera from the lock screen. A camera button has been added to the lock screen for quick access. - Easier photo sharing. Pictures can now be shared to any app, like Facebook, Google+ or Twitter, that hooks in to Android's PhotoShare platform. - Photo editing tools. After taking a picture, users will be able to crop, remove red eye and perform several other edits, including add Instagram-like filters to their photos (Android still currently lacks the Instagram app that is so popular on iOS) - Native panorama photo-taking capability. The camera has the ability to instantly take seamless panorama shots. - Timelapse video. Native to the video app will be a timelapse option to make super sped-up videos. - Take photos while recording a video. - Zoom while recording video. - A new people app, which integrates the contact information from several social networks and aggregates updates from those networks into a single feed (also familiar to Mango users). - "Quick Response" to phone calls. If you receive a phone call and don't want to answer it, you don't just have to ignore it anymore; you can send a canned response text message to the person telling them why you are busy. - Android Beam. With NFC-enabled Android phones, two Android users will be able to share any content by simply pressing the backs of their phones together and pressing the "Beam" button. -Face Unlock. There is an option to unlock the phone using facial recognition: If your phone recognizes your face, it unlocks; if the phone does not recognize your face, it stays unlocked. For what it's worth, this technology did not work on stage, much to the presenter's chagrin.

This big update to the Android platform will be available for users with Gingerbread devices on October 19 or soon thereafter, according to Engadget.

Check out the cool new features available on the upcoming Galaxy Nexus smartphone, and then look at many of the features detailed above in our slideshow: 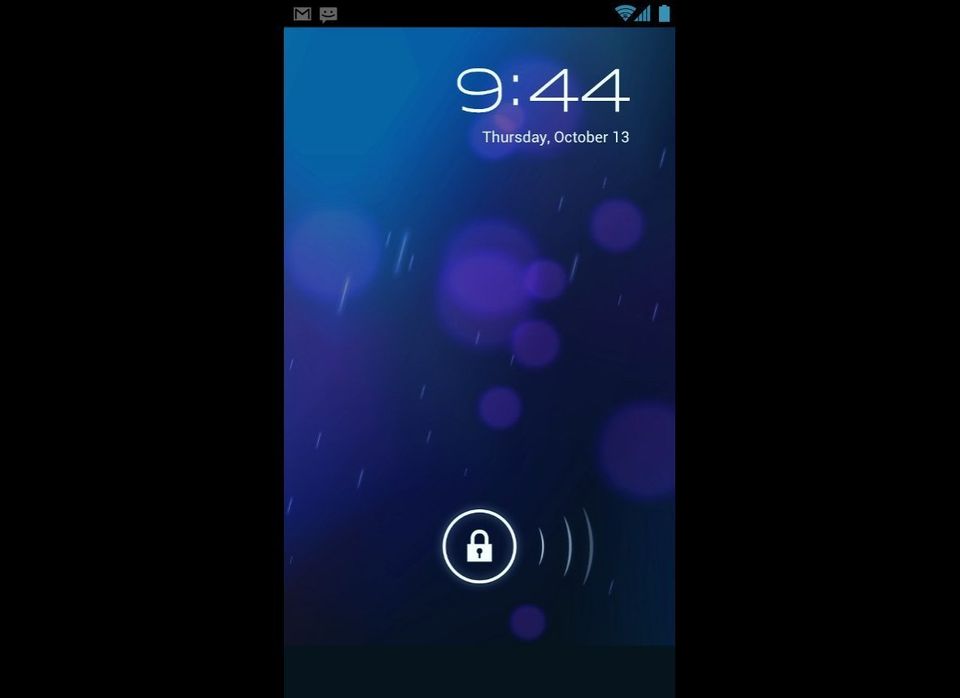 1 / 18
Lock Screen
A good example of the new lock screen and the new "Roboto" typeface.
Android