Andy Murray has won the gold medal in the Olympic men's singles competition, dominating Roger Federer in straight sets in the final 6-2, 6-1, 6-4 at Wimbledon.

Murray started heating up after Federer won two games in the first set. He reeled off nine consecutive games, winning the first set and taking a commanding lead in the second. Federer's performance was a far cry from the one he delivered in the Wimbledon final less than a month ago. The grass court master committed 31 total unforced errors and went 0 for 9 in break points chances.

Murray isn't done for the day, though. He and teammate Laura Robson play in the mixed doubles gold medal match later in the day against Belarus' Victoria Azarenka and Max Mirnyi.

"Hopefully they stick around for the next match," Murray said of the crowd during his quick post-match interview on the court.

After match point, Murray dropped to his knee and then climbed into the stands to hug his family. The 25-year-old has yet to win a major, losing in the finals of four grand slams.

But now he has something Federer doesn't: an Olympic singles gold medal.

The victory marked a breakthrough for the Scotsman, who has lost all four of his Grand Slam finals, three against Federer.

For Federer, the drubbing marked another Olympic disappointment. Playing in the games for the fourth time, he sought a victory to complete a career Golden Slam but still earned his first singles medal.

From the start, there was no doubting fans' loyalty as the crowd waved Union Jacks throughout. 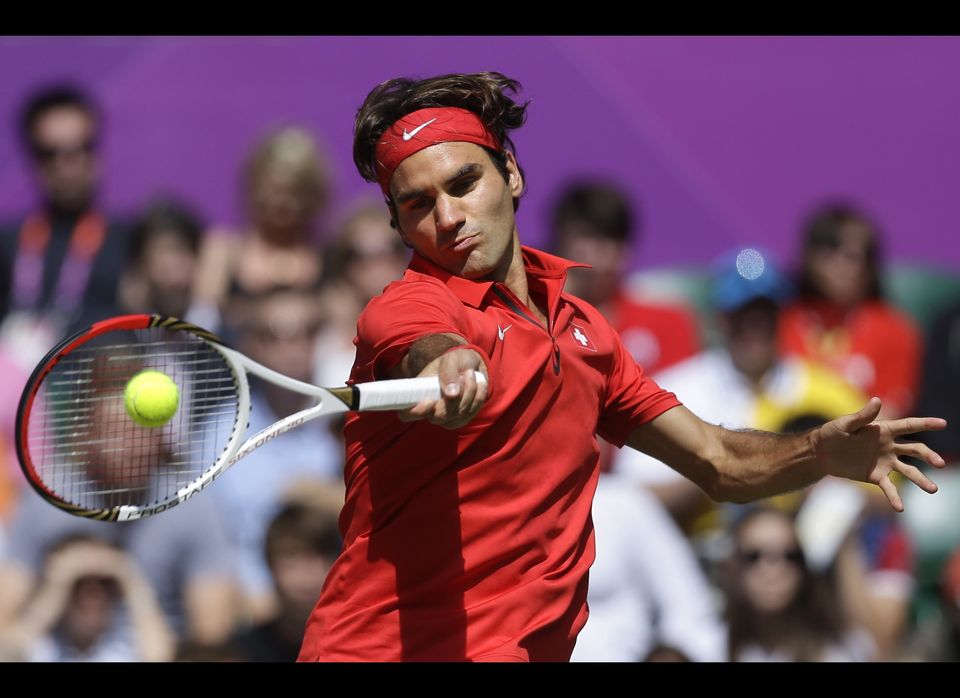