Could it have happened any other way?

The 25-year-old from Scotland won the first set (7-6) after a historic 22-point tiebreaker, the longest tiebreak in U.S. Open final history. After breaking Djokovic to win the second set, 7-5, Murray stood on the precipice of history.

Defending with ferocity and making frequent attacking forays toward the net, Djokovic stormed back into the match, winning the third (6-2) and fourth (6-3) sets to force a decisive winner-take-all fifth set. The sentimental favorite at the start of the match due to his paucity of Grand Slam hardware, Murray surrendered control of the match and the crowd -- who roared for the improbable comeback bid. As noted by Reuters and others, no one had lost in the U.S. Open men's final after winning the first two sets since Pancho Gonzalez stormed back to defeat Ted Schroeder in 1949. Having lost in his four previous trips to a Grand Slam singles final, it seemed that Murray might cement his runner-up reputation with an epic collapse. Instead, the fifth set produced a memorable display of physical and mental resolve and a career-defining moment for Murray. After all 315 points in the match had been played -- 160 won by Murray and 155 for Djokovic (via @USOpen) -- the year scratched from the "not since" list was 1936 instead 1949.

"Novak is so, so strong. He fights until the end in every single match," Murray said after the match, according to Howard Fendrich of The Associated Press. "I don't know how I managed to come through in the end."

As the match moved past four hours and into the fifth set, Djokovic -- who was playing with less rest than his opponent -- began to tire. As his opponent appeared to struggle with injury late in the match, Murray found the form that had staked him to the early lead. With the crowd once again behind him in Arthur Ashe Stadium, Murray powered past Djokovic to capture the final set, 6-2.

When the longtime opponents met at the net after four hours and 54 minutes -- tying for the longest men's final in U.S. Open history -- Djokovic congratulated Murray.

"Great job, you deserve it," the 5-time Grand Slam champion said to Murray, via Ben Rothenberg of The New York Times.

Just weeks after winning gold during the London Olympics, Murray has finally broken through in a Grand Slam. The perennial contender had consistently been held at bay by Djokovic, Roger Federer and Rafael Nadal in the sport's marquee events. After losing in the 2012 men's final at Wimbledon to Federer, an emotional Murray told the partisan crowd that he was "getting closer."

On a windy day -- and night -- in New York, he finished the journey. Andy Murray is a Grand Slam champion. 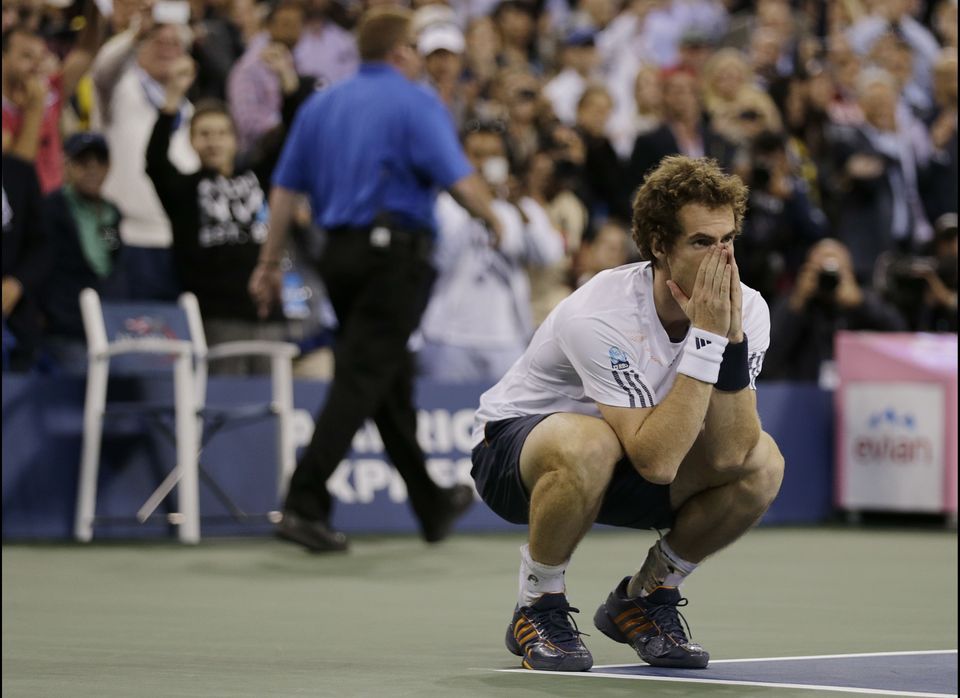