One fast-food CEO has a message for the workers toiling away in his industry: The minimum wage hike you’ve been clamoring for will only hurt you.

The consequences of raising the minimum wage include more youth unemployment, higher prices and increased automation, says Andy Puzder, the head of CKE restaurants, the parent company of Hardees and Carl’s Jr.

“Government needs to get out of the way,” Puzder told Yahoo! Finance in an interview Monday. “If government gets out of the way, businesses will create jobs and wages will go up.”

So far, the federal government has largely stayed out of the way. Congress has not taken up President Barack Obama's call to raise the minimum wage to $10.10 an hour from $7.25. And with the exception of a few companies, like Costco, In-N-Out Burger and Boloco, businesses haven't taken the initiative to create higher paying jobs. 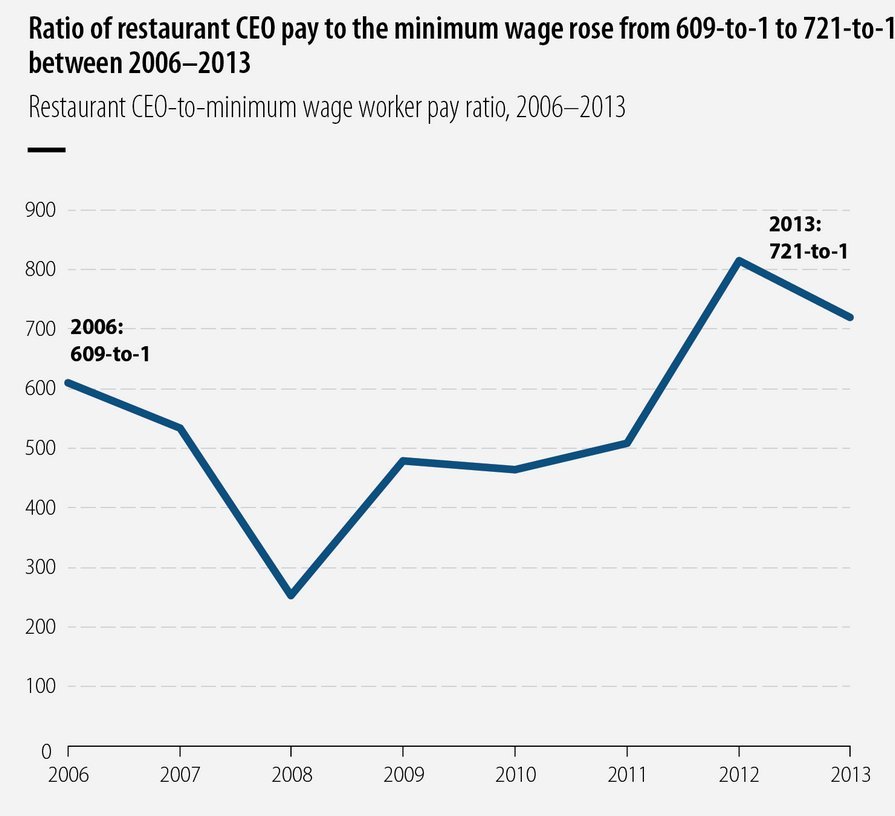 Puzder doesn't address this imbalance. Instead he argues that raising the minimum wage would price teens and young adults out of a job because more experienced adults will want to flip burgers and make these higher wages. In states that have already raised the minimum that's what's happening, he said. More experienced workers are "willing" to take these higher paying fast food jobs, particularly after seeing their hours cut because of Obamacare.

There are two problems with Puzder's reasoning: First, there's little evidence that companies are cutting worker hours because of Obamacare.

Second, while it's true that more adults are working in fast-food now, that's largely because of an economic recovery that's mostly taken place in low-wage work. Jobs that pay low-wages, like those in fast food, have accounted for 44 percent of job gains over the last four years, while middle-income jobs accounted for 26 percent of job gains during the same period, according to an April report from the National Employment Law Project.

In other words, adults are working in fast-food, because they have no other alternative. Not, as Puzder would claim, because of wages that are slightly higher than the federal minimum.

About 40 percent of fast food workers are at least 25 years-old and more than 30 percent have at least some college education, according to an August analysis of Census data from the Center for Economic and Policy Research, a left-leaning think tank focused on economic issues.

For his part, Puzder -- who has railed in the past against policies that could hurt his bottom line, like expanding the types of workers eligible for overtime -- said that “very few” of his employees, particularly the older ones, make the minimum wage.

CORRECTION: An earlier version of this post incorrectly stated that CKE is the parent company of Arby's. Arby’s is owned by Roark Capital Group, which also owns CKE.