When Mark Zuckerberg took the stage for Thursday's f8 keynote, he wasn't really taking the stage.

The "Saturday Night Live" star, and most recognizable third of The Lonely Island, pulled out his best comedic impersonation of Facebook's founder, going so far as to introduce a few incredible "new" features. These included the "I'm Not Really Friends With These People" (for awkward friends from middle school and drunk old ladies you met at a charity event) and the "Slow-Poke," a poke that you have 24 hours to take back before it reaches the target (for people who tend to poke when they're inebriated and regret it in the morning).

Samberg also ribbed Zuck himself a bit, making fun of his love for his new pet dog Beast, until the man himself took the stage. At that point, Samberg stopped with his Zuckerberg and pulled out his other "Berg" impressions, doing his best Jesse Eisenberg and Mark Wahlberg before ceding the stage to the Facebook CEO.

Though funny, none of Samberg's humorous Facebook changes were anywhere near as dramatic as those released for real by Facebook. You can check out a recap of the keynote here, at our liveblog of the event.

For more of our comprehensive coverage on f8, take a look at our guide to the 7 most important announcements from the event. Then, get familiar with the new profile by checking out our tour of the radical redesign. 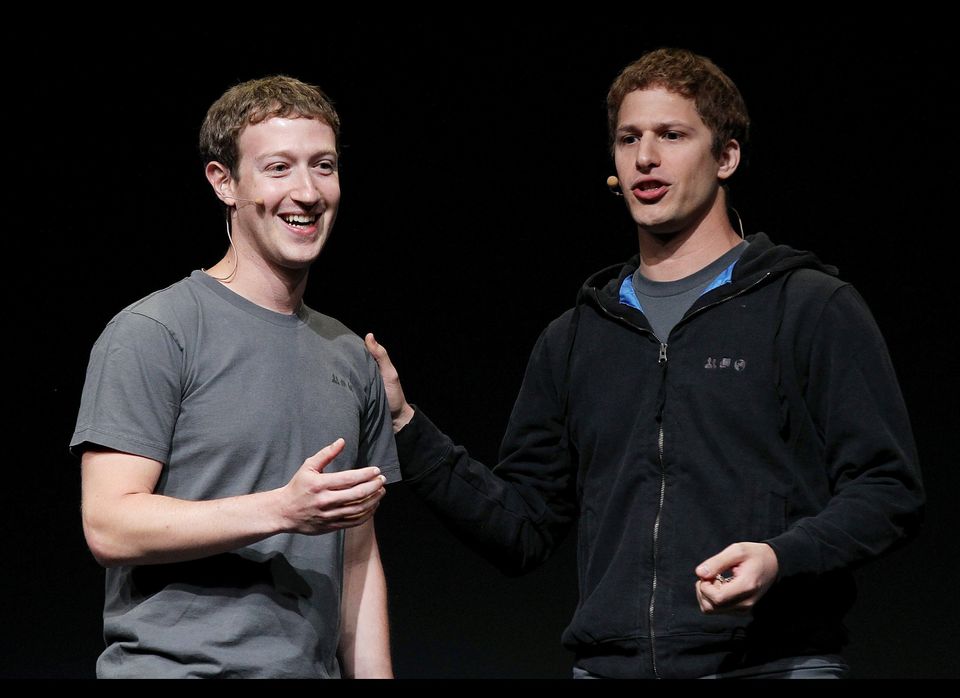