Art has a knack for finding its way into forgotten spaces. From tiny cupboards to rummage sale piles to that empty space behind a door, the most unassuming locales can play home to iconic objets d'art.

So, we're not all that surprised to hear the recent hiding place of a little-known trove of Andy Warhol masterpieces is none other than... a set of floppy disks. 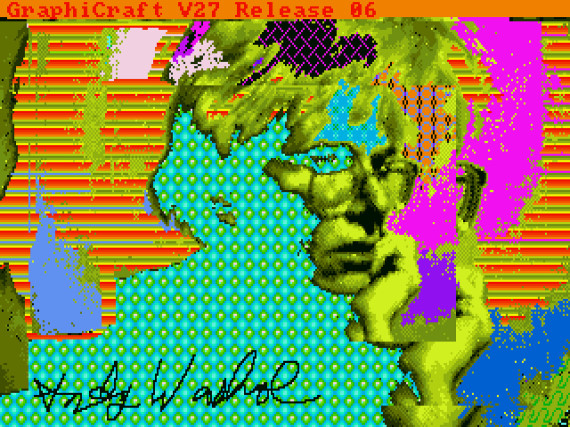 The Warhol works date back to the 1980s, the Warhol Museum announced in a press statement, when the artist created a set of images on a Commodore Amiga computer. The digital artworks were part of a launch event for the Amiga -- when that particular model of PC was being marketed as the ideal, high-end home system.

But just as quickly as that piece of tech hardware went out of style, so too were Warhol's color-splashed drawings forgotten. No one seemed to think about them until new media artist Cory Arcangel found a YouTube clip of Andy's Amiga experience, prompting a group of Carnegie curators and the Warhol Museum's chief archivist to embark upon a game of Where's Warhol Works? 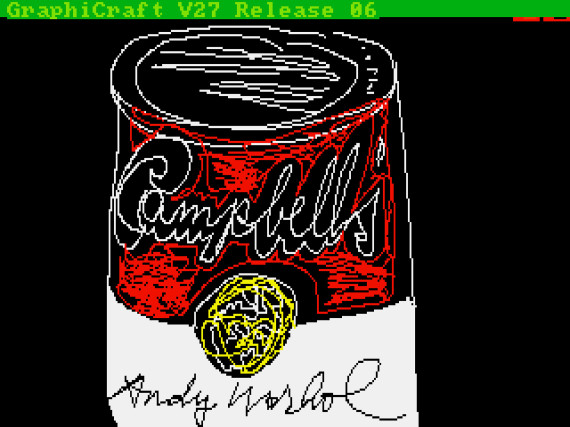 Arcangel's interest in the unique Amiga footage paid off. He and the team of researchers eventually found the artworks on a series of Amiga floppy disks and used the Carnegie Mellon University Computer Club's stash of retro equipment to bring the doodles alive.

From a mutant version of Botticelli's "The Birth of Venus" to a digitally scribbled take on his Campbell Soup obsession, the crude pieces reveal a style reminiscent of pixelated Microsoft Paint renderings. Not necessarily examples of Warhol's finest work, they do harken back to his penchant for winking slyly in the face of art world commodification. Or, you know, his appreciation of advancing technology. 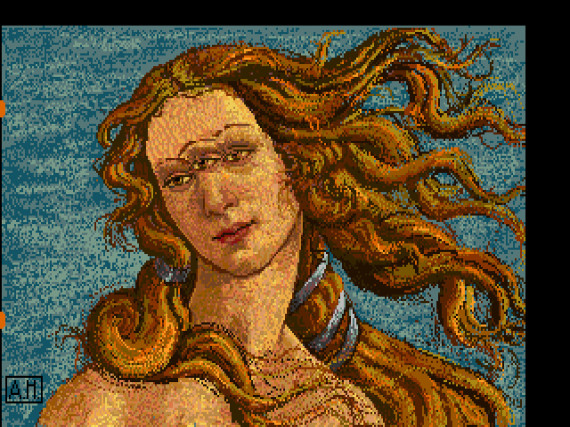 "Warhol saw no limits to his art practice," Warhol Museum director Eric Shiner explained in the press statement. "These computer generated images underscore his spirit of experimentation and his willingness to embrace new media."

Now, three decades after their creation, the neon doodles are going on view as part of the Carnegie Museum of Art's "The Invisible Photograph" documentary series. You can view a selection of the pieces here, and watch Warhol and Debbie Harry marvel at Amigas in the video below.