The impulse to share our daily experiences on social media, to follow our friends' vacations and musical festival excursions and happy hour sunsets, is much of what this generation will be remembered for.

We're so absorbed in Instagram culture that scrolling through our feeds to pass the time in elevators or at the bar has become second nature. Even while writing this, two Huffington Post editors nearby discussed a photo as one suggested, "You should post that to Instagram! I'll share it on Snapchat."

But it would be ignorant to think this obsessive visual documentation is something born out of the 2010s. Andy Warhol was snapping photos of his surroundings long before Instagram's creators were even born.

"Andy was probably the original Instagrammer, in a way," Reuel Golden, editor of Andy Warhol Polaroids 1958–1987, told The Huffington Post over the phone. While the artist is well known for consorting with his own posse of Factory kids and superstars, as his films and photographs from the era reveal, he was also socializing with big-name actors, musicians, fashion designers and artists -- and documenting every bit of it. This intersection of the private and the public in Warhol's daily life came to light thanks to the Polaroid camera, which Golden called the "perfect tool for moving between capturing all those different facets."

Andy was probably the original Instagrammer, in a way.

Golden's book features Warhol's polaroids of everyone from Jack Nicholson to Audrey Hepburn, Divine to Jean-Michel Basquiat, Grace Jones to Yves Saint Laurent, and beyond. His collection of instant photos -- which amounted to over 20,000 Polaroids between the 1950s and his death in 1987 -- provided an intimate look at celebrities outside of their normal spotlight; an unpolished, impromptu glimpse at the lives of the rich, the famous and the pariahs revolving around him. If Instagram did exist in the 1960s and '70s, Warhol was the one account you'd be sure to follow.

"These portraits signify who was welcome into Warhol’s club," arts critic Richard B. Woodward writes in the book's introduction, "a place at once private, snobbish and hostile to middle-class squares and yet open to scores of outcasts, the prodigiously talented or the merely sensational and anyone making news on the front page or the gossip section of the tabloids."

There's hardly any working artist today who spends as much time socializing with as diverse an array of celebs, and who documents his time in such a spontaneous fashion void of blunt narcissism. That's precisely what separates Warhol's Polaroids from the famous Instagram accounts we follow today. Warhol's shots weren't taken with the intention of going viral or garnering massive, instantaneous attention -- at the time, such phenomena didn't exist in the public sphere. Instead, Warhol's unquenchable curiosity led him to snapping more shots, many of which radiate an intimacy and closeness to his subjects. The ubiquity of the Polaroid camera allowed Warhol to condense such bloated statuses of fame, success and glamour into the confines of a tiny white frame on a piece of inexpensive film. Somehow, figures like Debbie Harry and Audrey Hepburn became more human, more accessible when placed in front of Warhol's lens.

"With this celebrity culture these days, a lot of these celebrities have professional retouchers who work on their Instagram account," Golden told HuffPost. "I think to Warhol that was the very antithesis of what Warhol and his Polaroids in particular represent." It's the rawness in his instant photos that separates them from the filtered images of today; the flash bouncing off a slightly out-of-focus Nicholson in mid-sentence; a naked couple in the shower modestly smiling at the camera; Warhol's mother, Julia Warhola, holding a knife and apple in a messy bedroom wearing only a nightgown and rolled-down leggings.

This unabashed rawness is also present in his selfies. While the concept of a selfie, in and of itself, is wrapped up in pure self-promotion with an inherent air of vanity, Warhol's were ripe with vulnerability as he posed shirtless, content with exposing his imperfections.

"They show him getting older, they show him sometimes not looking his absolute best," Golden said. "But he wasn’t afraid to expose himself in that way."

Looking through these selfies alongside the instant portraits Warhol took of celebs and friends, it seems the artist was on a unending mission to capture people in their most natural states, as he viewed them. And if he couldn't capture it the first time, he'd take more and more shots until he got it right. Repetition: Warhol's modus operandi.

"In the book [subjects] appear multiple times," Golden explained, as he recalled unearthing hundreds of photos of Warhol's dog Archie in the Andy Warhol Foundation's archives. The book features multiple shots of Yves Saint Laurent, Dennis Hopper, landscapes and a quartet of test shots for Billy Name's famous Rolling Stones "Sticky Fingers" album cover. "This idea of repetition was a very essential part of his ethos. The Polaroids helped him to realize that," Golden added.

What better way to replicate an image quickly with such instantaneous satisfaction (or dissatisfaction) than with a Polaroid camera?

These portraits signify who was welcome into Warhol’s club, a place at once private, snobbish and hostile to middle-class squares and yet open to scores of outcasts, the prodigiously talented or the merely sensational.

It's natural to wonder whether Warhol would've taken a liking to the iPhone and social media today. While Woodward writes in his intro that Warhol was "never one to run with a crowd," it's not hard to imagine the artist carrying a selfie stick wherever he went, snapping Polaroids backstage at award shows, or devouring the bursting concoctions of fame at events like the Met Gala. Kim Kardashian would've undoubtedly titillated Warhol's fascination with pop culture and vanity. But in front of his lens, the Kardashian would've been stripped of her well-manicured persona, wiped of Photoshopped filters and likely shown in a way we've never seen her before.

In his art, Warhol wanted people to see things as they were, as the Polaroids in Golden's book exemplify. Flipping through its pages feels like the closest we'll ever get to Warhol's daily life at the time, closer than any Instagram account can make us feel to today's celebs.

"If you want to know all about Andy Warhol," the artist once said of himself in a 1966  interview, "just look at the surface of my paintings and films and me, and there I am. There’s nothing behind it."

With A Polaroid Camera, Andy Warhol Was 'The Original Instagrammer'
"Andy Warhol's Polaroids 1958-1987" 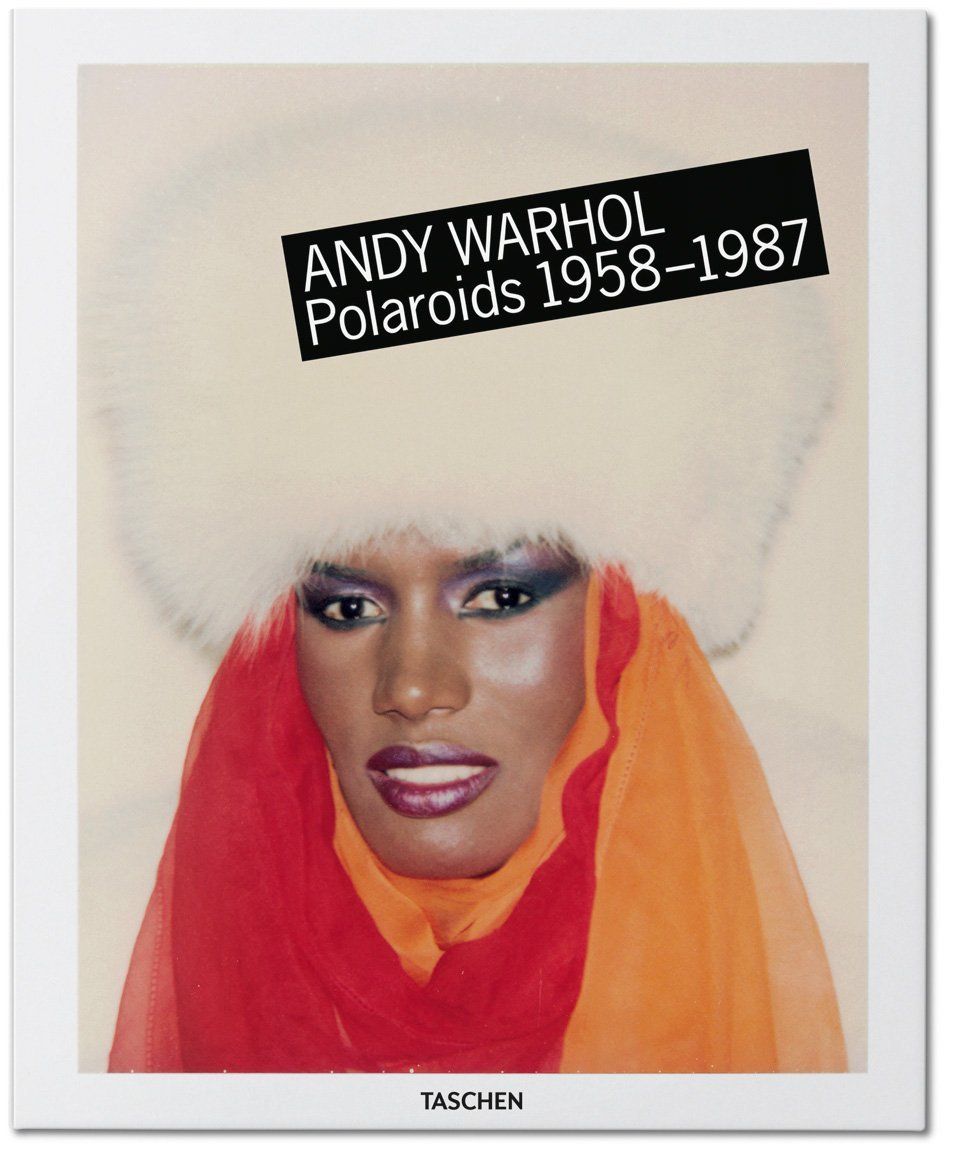