Most people are familiar with Andy Warhol's pop portraiture, depicting essential elements of popular culture from Marilyn Monroe to Campbell Soup. But just as the eccentric artist was quick to render America's favorite celebrity faces and consumerist icons, he was eager to capture the darker side of the country's cultural landscape. Take, for example, his 1964 piece "Race Riot." 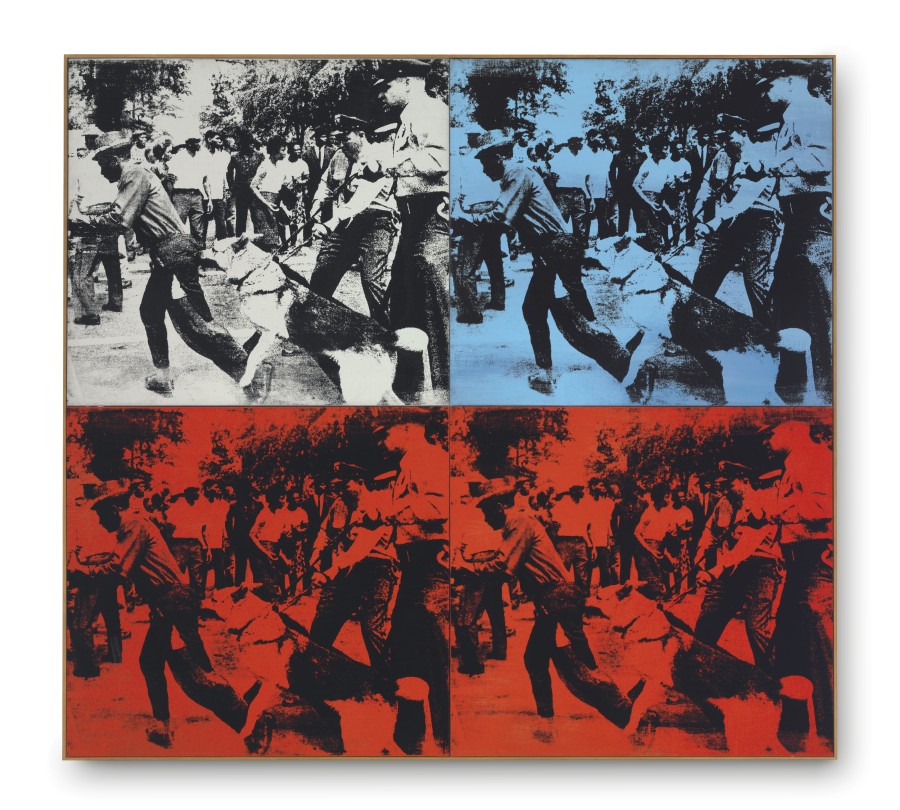 Dripping in red, white and blue hues, the image is part of Warhol's "Death and Disaster" series, an exploration of the power of journalistic imagery taken out of context and abruptly placed in the realm of contemporary art. The series' more than 70 paintings and prints covered instances of car crashes, suicides, executions and explosions, stripped straight from the pages of newspapers and police archives and transformed into lurid, repetitive photographic artworks.

Warhol explained the origins of the series in an interview with Art News:

"I guess it was the big plane crash picture, the front page of the newspaper: 129 Die. I was also painting the Marilyns. I realized that everything I was doing must have been Death. It was Christmas or Labor Day -- a holiday -- and every time you turned on the radio they said something like “four million are going to die.” That started it. But when you see a gruesome picture over and over again, it really doesn’t have any effect."

Warhol's "Race Riot" image is one in an impressive roster of postwar and contemporary works hitting the auction block next month. A never-before-seen Basquiat painting, an untitled Mark Rothko and yet another Francis Bacon triptych will also see their moments before the Christie's gavel come May 13. Check out a preview of the auction below and let us know your thoughts on the collection of heavyweight masterpieces in the comments.