I have had a crush on Andy Williams ever since I heard him sing "Moon River" at the 1962 Academy Awards. He and his turtleneck sweaters, holiday TV specials and eight Christmas albums were as much a part of my family's annual tradition as hot cider, corn pudding and being forbidden from opening presents until reading the biblical Christmas story in Matthew 1:18.

Now that Andy's gone (he died on September 25th of bladder cancer), I wasn't sure I could get through the holidays without shedding a tear every time I heard his soothing voice belting out, "It's the Most Wonderful Time of the Year."

I was happy to discover that his legacy -- and, indeed, the daily singing of that perennial holiday classic -- is very much alive in Branson, Missouri. His Moon River Theatre, once featured in Architectural Digest, has been hosting yearly Christmas shows since 1992 when he first built the $12 million structure on 16 acres of Ozark countryside far from the glare of Hollywood, a move his agent, wife and most of his friends considered utterly insane. 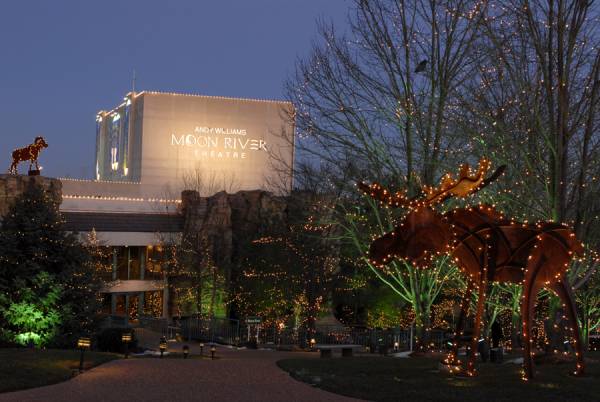 It turned out to be one of the best impulsive decisions he ever made, single-handedly breathing new life into both his singing career and Branson, the city 60 Minutes dubbed the "live music capital of the entire universe." Branson, thanks to Andy, is now also recognized as one of the best places on Planet Earth to celebrate Christmas.

In fact, on October 31st, when the rest of the country is passing out sugary treats to costumed tots, the employees of Andy Williams' Moon River Theatre (and, indeed, the rest of the tiny Ozark burg) are busily hanging garlands and lights and festooning the 190 Christmas trees for the November 1st debut of the heart-warming Christmas show that memorializes the beloved TV specials America watched for so many years. And according to Andy's wife, Debbie, and his three kids with Claudine Longet, who are working hard to preserve his legacy, that's not going to end anytime soon.

Sadly, Mr. Christmas, as he was crowned, is no longer here in person to headline the nightly show, but the theater with its 300,000 lights and the show will, just as Andy wanted, go on. His spirit is alive in every holiday song, every picture (Forget going to the wax museum. You can see photos of Andy and every celebrity from Jackie Onassis to Elton John to Ann-Margret right there on the premises) and every piece of art that he collected during his 75 years in show business. 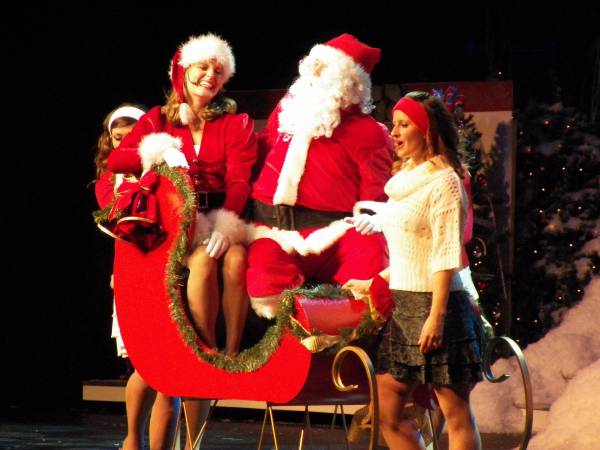 Yes, the silver-tongued crooner was a significant contemporary art collector, named by Art and Antiques magazine as one of the country's best. Pieces from his extensive collection are on display at Moon River Theatre and Moon River Grill, everything from Navajo rugs to Willem de Kooning, from Pollock to Picasso, from Klee to Andy Warhol, who I was told was his neighbor back in the days he survived by eating Alfpo, one of the surprising details in his 2010 memoir, Moon River and Me.

The grill with its bar surrounded by Andy's 18 gold albums (everything from the theme songs to "Love Story" to "Days of Wine and Roses") serves all of Andy's favorite dishes, using recipes made by his mom, Florence, a housewife in Wall City, Iowa where he was born on December 3, 1927.

The nightly Christmas show couldn't be more endearing with dozens of acts, all hand-picked by Andy himself, lots of nostalgic clips from his eight-decade career in show business and an emcee who could easily be a body double.

At Williams' October 24th Branson memorial, good friend Bob Newhart said it best, "Christmas will never be the same without you." While he's probably right, Branson is sure doing a brilliant job preserving his never-to-be-forgotten legacy.