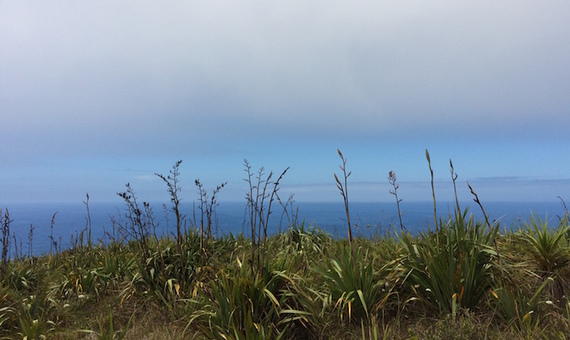 Angela Barnett runs Fucking Awesome Bulimics I Know, a website featuring interviews with people who have or have had eating disorders. I interviewed for the site last year about my experience of anxiety and anorexia, and we thought we'd flip that around. Angela has a history of bulimia herself and good reason for starting a site designed to bust shame around body image and related disorders. She explains more below.

What led you to start FABIK?
I was living in Mendocino, California recently and my dirty secret felt well behind me. Then, within the space of a couple of months and under the influence of a glass of wine, I confessed I had bulimia to a couple of women I had a lot of respect for. One was a fit, sassy Zumba teacher and the other a tough, savvy feminist. Assuming neither of them would ever have had any body issues, I felt ashamed to admit I had something I perceived to be so weak, but both women said, Really? You? Same. Then the real conversations began. A couple of months later I confessed to my dental hygienist and the same thing happened. Then again with someone I was working with, another shit-kicking strong woman and it made me wonder how many more there were like me.

Bulimics are in a secret society nobody admits to being in. I used to think my life would shatter into a million pieces if people knew my dirty secret -- nobody would hire me, my friends would drop me, nobody would love me, but it's been the opposite. My connections with people have become more intimate and real and so far I have not not been invited to a dinner party because I was bulimic.

Part of healing is understanding the beast that takes over lives and we learn so much more about disordered anything talking to others. Many bulimics were chubby when young or didn't feel right in their bodies, like they were different to everyone else in the class. Bulimia starts off being about weight and trying to control our bodies but then it morphs into a way to manage emotions, a crutch to deal with life.

Whenever something terrible or frustrating or disappointing, or even something exciting or scary happens it brings on a binge, which numbs the emotions. Then the purge gets rid of it, flushing away the initial issue. That's the cycle. It's the same technique as drinking a problem away. Or binge shopping. Or cutting. Or getting high. The other thing that's helped with the site is getting comfortable with having the word bulimia attached to my name -- something I never aspired to. I would be happy to have fabulous! sharp! dazzling! pop up on Google, but not barfer.

A theme that comes up through the interviews on FABIK is that many women have quite severe eating disorders without anyone knowing. Is that part of the motivation behind your desire to bust shame?

Yes. Unlike being an alcoholic or crack addict or even anorexic, where everyone can see your illness, no one sees bulimia. If it's not combined with anorexia, then often a bulimic can end up putting on weight -- the cruel irony of this disorder -- or fluctuating up and down. And like I said before, it's easy to hide from people outside of your immediate living situation. It can be monopolizing your life, but in secret -- a bit like cutting.

Why do you think it's important to create space for women to both tell and hear these stories?
Shame steals our personal power, so when we get rid of shame we feel stronger. Sharing stories is an ancient way to bring people closer together. I thought if I felt better about sharing my story, then others would too. I wanted to create a place where secrets could be aired -- anonymously or not -- so others could come and read those stories and not feel alone. And show other bulimics there are a whole bunch of amazing people out there who also had it and that many still battle. That's why the site is called Fucking Awesome Bulimics I Know -- people who are brave enough to share, which is fucking awesome, but also they are awesome because of who they are, not their eating disorder. Plus nobody would click on "Awesome Bulimics I Know."

Nobody wants to talk about bulimia because it's about something disgusting -- vomiting. So nobody does. Being thin is seen as glamorous but vomiting to stay thin is not. Recently it's been getting some air -- AMY; My Fight/Your Fight; Alanis Morissette is working on a memoir that talks about her bulimia -- but it's often under the radar. As one bulimic said to me, anorexics are seen to have the real disease and bulimics are thought of as attention-seeking nut jobs. So, this one nut job is talking about it.