A mom desperate to ease the constant pain her son suffers because of a traumatic brain injury, faces criminal charges for treating him with medical cannabis oil.

Angela Brown, 38, of Madison, Minnesota, has been charged with possession of a controlled illegal substance and child endangerment. A conviction on both counts could result in up to two years in prison and a $6,000 fine.

Authorities say Brown was administering cannabis oil to her 15-year-old son, Trey Brown. The teenager suffers from an injury he sustained in April 2011, when he was struck in the head with a line drive while playing baseball.

Contacted by The Huffington Post on Friday, Angela Brown did not deny giving her son cannabis oil.

"He was in so much pain that he didn't want to live," a tearful Brown told HuffPost.

According to Brown, her son suffers from constant head pain, muscle spasms and seizures.

"No parent can understand it until they have to sit in their child's bed and hold them down so they don't hurt themselves or they have to sit beside them because they hurt so much that they can't handle your touch," Brown said.

The distraught mother said her son has seen dozens of doctors over the past three years and has been on a cocktail of prescription medications.

"At one point my medicine cabinet looked like a pharmacy," she said.

Conventional treatments, Brown said, were ineffective and did nothing to ease her son's pain or the severity of his seizures.

"He would cry himself to sleep," she said. "Nothing we did worked. I was begging doctors for help and then, during one emergency room visit, we had a doctor suggest medicinal cannabis. We started researching it and went to Boulder, Colorado, in March, where we were given an actual medicinal oil -- a 1 to 1 ratio."

Brown said within an hour of giving her son his first dose, the difference in his condition was like night and day.

"Once it hit his system, Trey said the pressure in his brain was relieved," she said. "You could literally see the muscle spasms stopping. He felt amazing."

For the next month, Trey Brown kept taking the cannabis oil.

The teen was unavailable for comment Friday, but in a Wednesday interview with Minneapolis' WCCO News, the teen said he "felt better, the pain went away."

Everything was great, Angela Brown said, until April, when someone called the police.

"I stupidly opened my mouth to the wrong people and I got turned in," she said. "When people ask me questions, I'm an open book. It got me in trouble. The only thing I did wrong was open my mouth."

While Minnesota legislatures recently approved a medical marijuana bill, the new law does not take effect until July 2015. The bill also does not address the particular medical cannabis oil Trey Brown was administered, according to his mom.

"[Child Protective Services] questioned my child and asked him how much I was making him smoke and how high I was making him get," said Angela Brown. "Trey said, 'I'm taking an oil. I don't get high.' They then asked him why he was doing that. He said, 'I take it because when I do, I don't have any more pain.'"

After speaking with the teen, Child Protective Services closed their investigation.

"They dropped it," Angela Brown said. "I think they are great and just did their job."

However, the criminal charges against Angela Brown remained.

Lac qui Parle County Attorney Richard Stulz has declined to discuss the case with the media.

The criminal charges is only one problem the Browns are facing. Trey Brown, according to his mom, is once again suffering.

"He has been off the oil since mid-April and the horrible migraine headaches and body pains are back," she said. "He can't be a normal 15-year-old."

Brown and her husband, David Brown, plan to fight the charges against her. The family of three also plans to move to Colorado, where they can legally treat their son with medical cannabis oil.

"We don't want to move because we have family here, but people have to do what they have to for their kids," she said.

Brown added, "There are some people that are saying really shitty stuff about me as a mother, but they don't know. They either don't have children or maybe their children are perfectly healthy -- yea for them -- but I'm not a bad mom. I'm actually a really good mom. I've already raised one child to adulthood. He's in the military and he's one damn fine kid, so I know I'm a good mom. I was just a desperate mom who wanted to take her child's pain away. What mother wouldn't do what I did to give their child relief?"

If you would like to help the Brown family with legal and medical expenses, you can click here to make a donation via Gofundme.com.

Angela Brown Treats Son's Head Injury With Cannabis Oil: 'He Was In So Much Pain'
Trey Brown 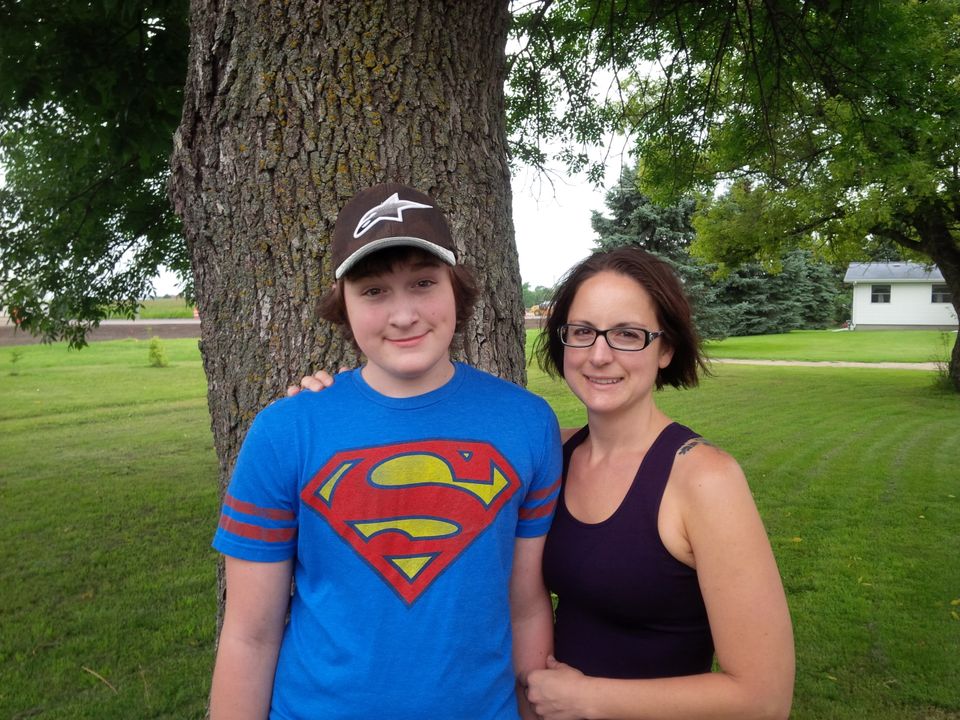