For one artist and educator, the severity of America's marine debris problem was too much. "In the last 10 years," Angela Pozzi writes on her website, WashedAshore.org, "I have seen the pristine Oregon beaches of my childhood become cluttered with plastic pollution. My response to this reality has been through mixed media sculptures." 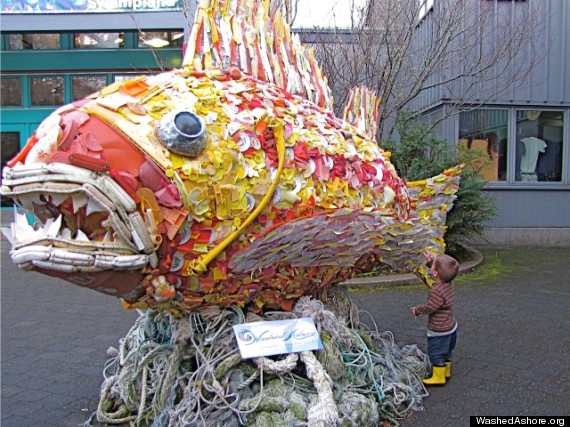 Pozzi's art is imposing, colorful and tragic. Using her own version of pointillism, she sorts plastic bottles, bottle caps, lighters and shreds of plastic by color and then assembles them on a giant wire structure to create fish, sea turtles and other marine animals threatened by the volume of debris in our oceans.

While Pozzi has been making her art for years, her underlying message is currently enjoying extra support. The Pacific Rim Marine Debris Conference is meeting in Hawaii to discuss the "amount, composition, pathways and life cycle of marine debris," including debris from natural disasters like the 2011 tsunami in Japan. According to Chris Pallister, the founder of Gulf Of Alaska Keeper, a 55-gallon drum of chemicals just washed up on Alaska's shoreline recently, proving that we're still dealing with the aftermath of the tsunami.

For Pozzi, the goal is clear. "When people say, 'I had no idea,'" she told KITV, "I know I've done something right." 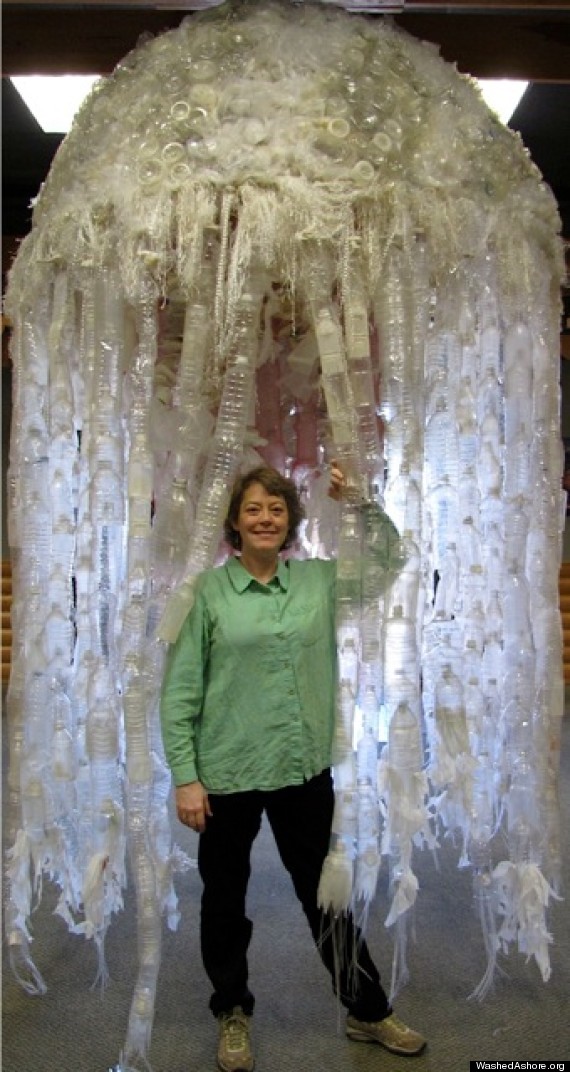 To learn more about protecting our oceans and marine life, visit WashedAshore.org and OceanConservancy.org. For practical advice you can use right now, follow Ocean Conservancy's helpful chart: 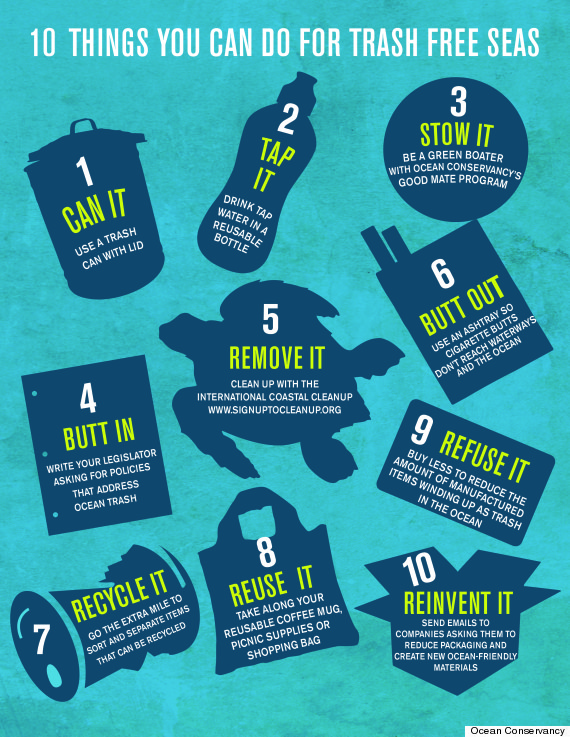