When Angelina Jolie landed in Bosnia for the 18th Sarajevo Film Festival Saturday, it was a moment to shine -- not just for the actress, who was presented with the Honorary Citizen of Sarajevo award, but for her engagement ring, which made its public debut.

Jolie rocked the $500,000 sparkler, custom-designed by jeweler Robert Procop and Brad Pitt, publicly for the first time since announcing her engagement to longtime partner Pitt in April.

The 37-year-old actress was being honored for her directorial debut, "In the Land of Blood and Honey," a love story set during the Bosnian War. Jolie recently discussed Bosnian audiences' reaction to the film, telling The Huffington Post, "The few weeks in Sarajevo was the most extraordinary, moving experience I've ever had."

She also observed that celebrities have a louder voice when it comes to drawing attention to social causes. "I feel like we're living in a very interesting time, where people are more aware of the world, traveling more in the world," she told HuffPost in March.

"Young people are more engaged. Everybody has this responsibility. I tend to not sum it up to not if you have money, or if you have celebrity, but as no matter who you are. Certainly Brad [Pitt] and I have been fortunate enough to have success, be able to shine a light into the camera a little more, financially build something, support people or programs. We're very, very lucky." 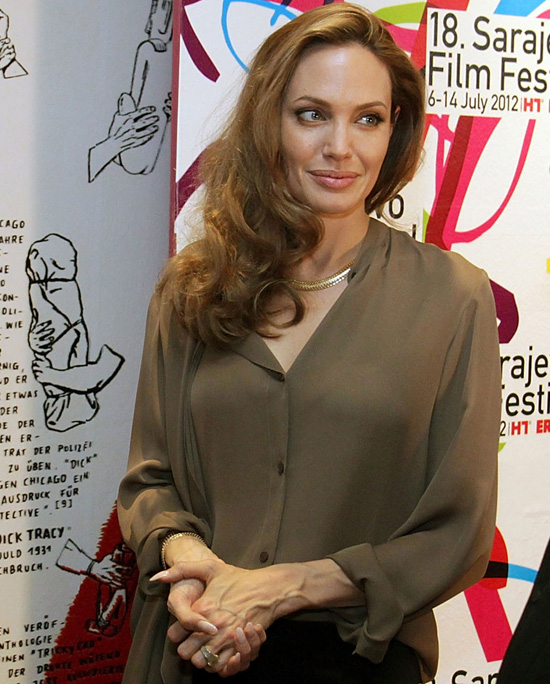 Check out other Celebrity Photos of the Week: