Angelina Jolie, she of The Leg, doesn't let her overwhelming fame go to her head.

In an interview with Total Film magazine the 37-year-old stunner opened up about her and fiance Brad Pitt's lifestyle. ''The great thing about having a bunch of kids is they just remind you that you're the person who takes them to go poop!'' Jolie told interviewer James Mottram.

The Jolie-Pitt clan consists of the two A-listers and their six children: Maddox, Pax, Zahara, Shiloh and twins Knox and Vivienne. Despite being known worldwide, Jolie insists ''we have a very normal, very grounded home. And we're friends, and we have a laugh with our kids."

How do they deal with the swarms of paparazzi waiting on their every move? "We just explain to our kids that people like to take pictures of people who make movies. And that's all it is. It's not anything special about mommy and daddy - we just happen to make movies.''

On that note, Jolie also talked about "In the Land of Blood and Honey," her film set in the Bosnian War and the first she's ever directed.

"I didn't set out to ever become a director or write a script. I was never intending to make a film," the Academy Award-winning actress told the magazine. “I've been traveling for over 10 years to these conflict and post-conflict zones, and thinking about what happens to people when they live inside these situations, and how their humanity is just stripped apart ... So I wanted to have a meditation on what this is and how people who are neighbours can turn against each other."

On fame: "I don’t think [actors need a mystique surrounding their private life]. You know the actor. You’ve seen them at award shows, you’ve seen them at premieres dressed up. So whether they share or not, their cover is already blown."

On her roles: "I do feel that’s very much what a woman is, that combination [of very strong but also very feminine], and I think interesting roles do have that combination – more complex people have that dual side to their personality."

On being labeled sexy: "I'm a woman, and anytime you tell a woman that she looks nice, it’s not going to upset her."

On "Mr. & Mrs. Smith" bringing her and Brad together: "Yes, we do talk about that. We look around at our kids. I’m not somebody that thinks about destiny and fate but I don’t walk away from it when something unfolds."

For the entire interview with Angelina Jolie, check out Total Film magazine. 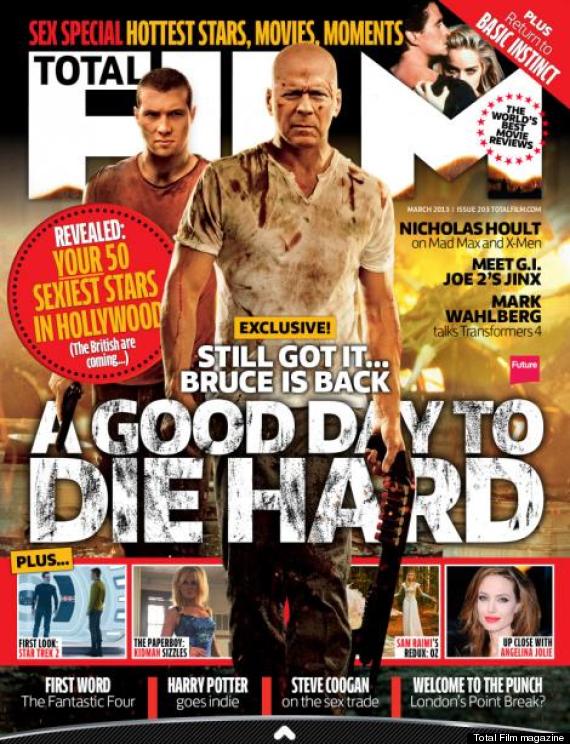 Angelina Jolie: We're A Very Grounded Home; I'm The Person Who Takes The Kids To Go Poop
The Jolie-Pitts Arrive 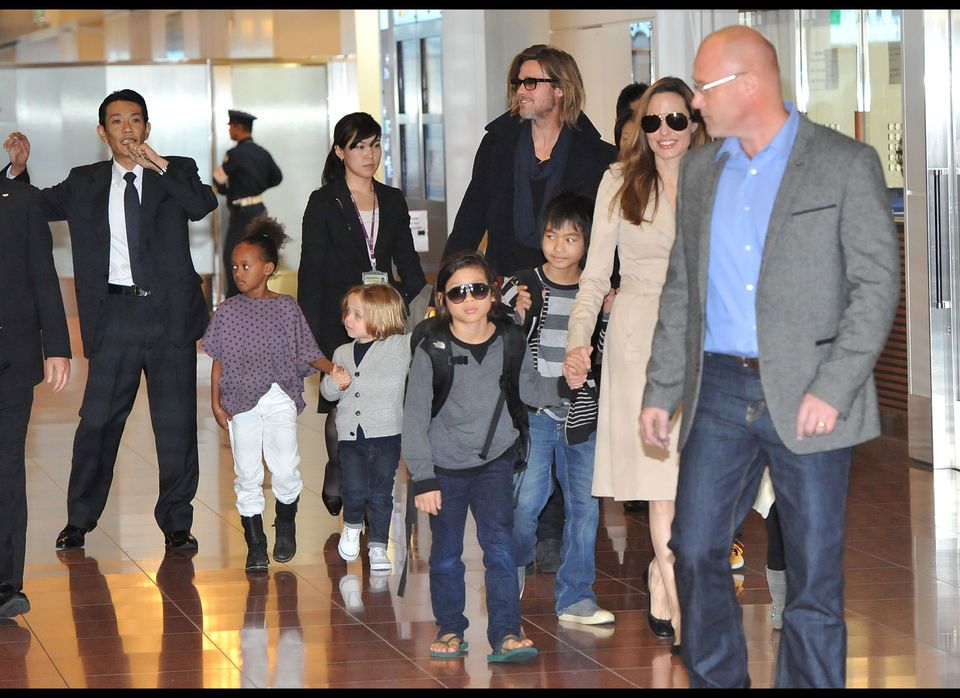