"Maleficent" doesn't arrive in theaters until May 30, but don't tell that to Disney. The studio has begun its marketing push for the fairy tale, with a new trailer, new poster, Entertainment Weekly story on star Angelina Jolie and this photo below, of Jolie and her daughter, Vivienne Jolie-Pitt. The youngster plays Princess Aurora as a child in "Maleficent," and was cast because she was the only kid who could stand seeing Jolie in full Maleficent makeup.

"We think it's fun for our kids to have cameos and join us on set, but not to be actors," Jolie told EW's Anthony Breznican in a new interview. "That's not our goal for Brad and me at all. I think we would both prefer that they didn’t become actors. But [Vivienne] was 4 at the time and other 3- and 4-year-old [actors] really wouldn't come near me. Big kids thought I was cool! But little kids really didn't like me. So, in order to have a child that wants to play with [Maleficent] but I don't want to play with her -- to have that scene, it had to be a child that really liked me and wasn’t afraid of my horns and my eyes and my claws. So it had to be Viv."

Check out the photo of mother and daughter in "Maleficent" below. More on Jolie can be found at EW.com. 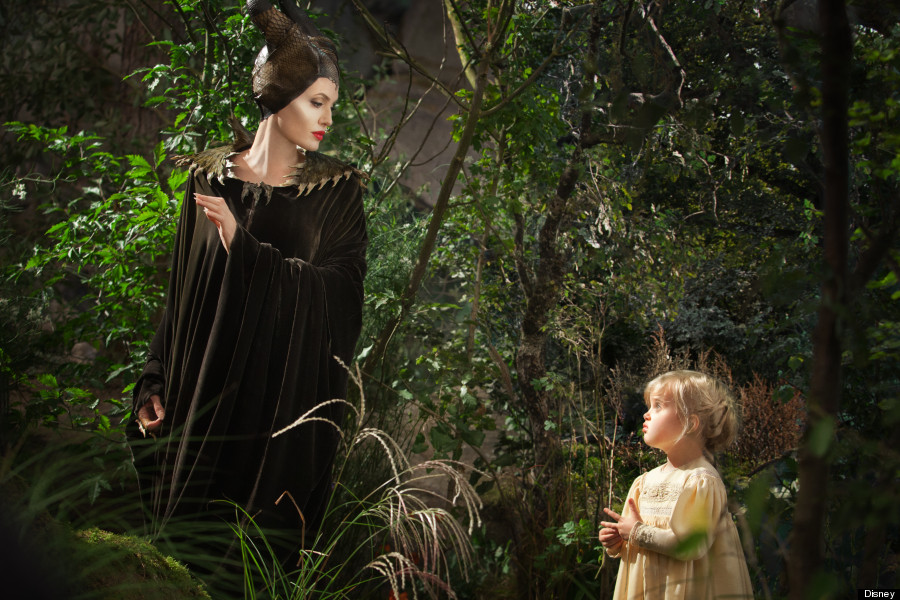