Angelina Jolie is known for having a staid wardrobe, replete with neutral colors and unembellished dresses. Emma Stone is known for her eclectic look, wearing every color and designer under the sun.

So we were surprised to see these two super-stars in incredibly similar outfits by Gucci. Angelina Jolie joined Debra Messing, Tina Brown and Diane von Furstenberg at the Women in the World summit in New York City on Thursday, posing on the red carpet in a white Gucci jacket secured with a thin chain across the front paired with slim black pants and a white satin tank.

If the ensemble looked vaguely familiar, it's because Emma Stone wore a similar one this past January at the People's Choice Awards. Accepting the award for favorite movie actress, Stone tried the chain-link Gucci jacket in kelly green and layered it over a more structured blouse.

We were obsessed with Emma's look back then, but we're kind of liking Angie's version of it now. Check out the unlikely style twins below and tell us: who wore it better? 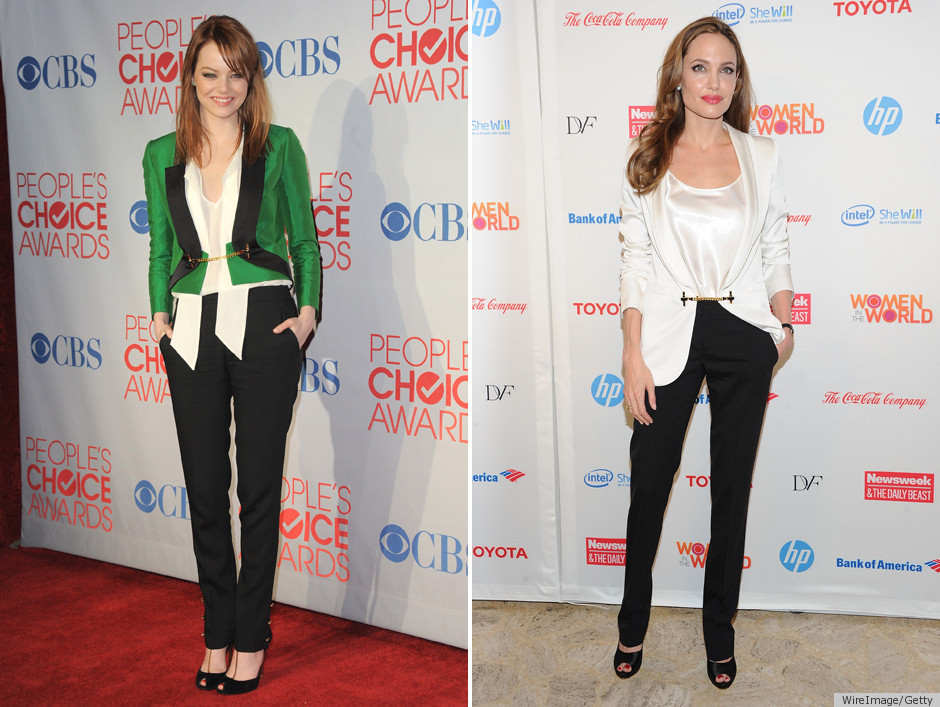