As if there was ever any doubt, Angelina Jolie makes a beautiful bride.

The 39-year-old actress graces the covers of both People, and HELLO! magazine, in her wedding dress after tying the knot with Brad Pitt in an intimate ceremony in France on Aug. 23. 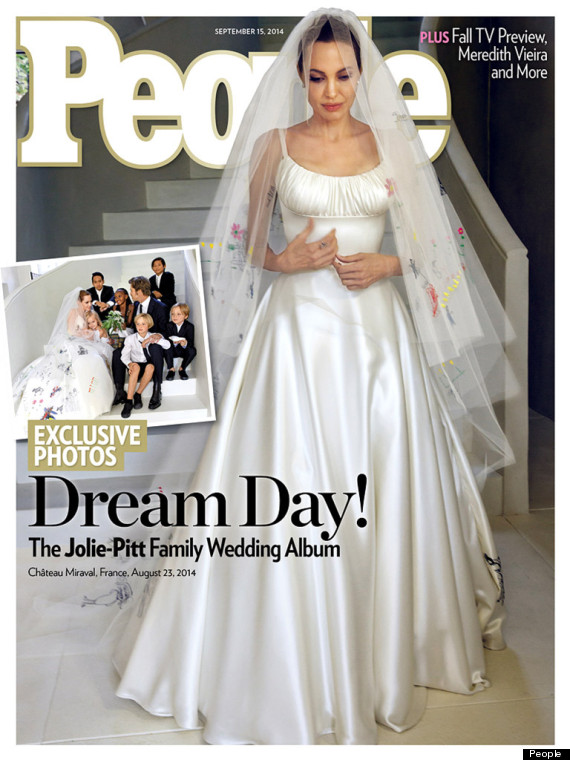 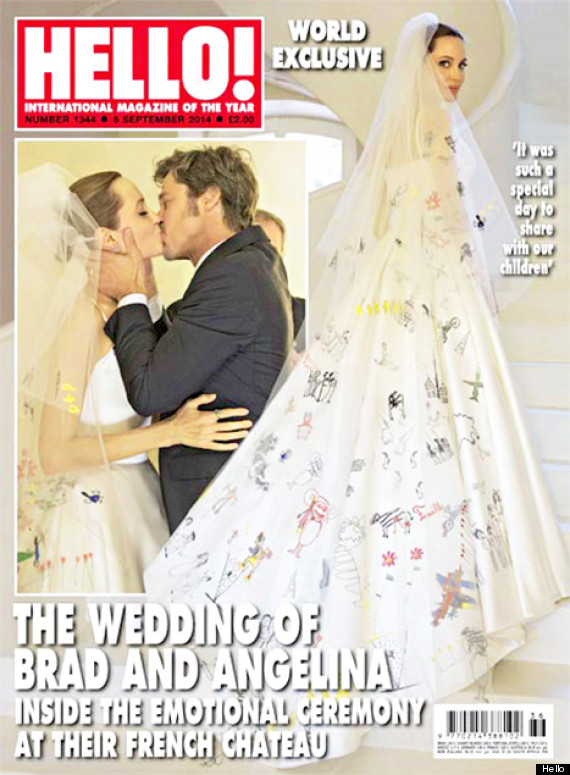 While only 20 friends and family members were invited to take part in the couple's big day, Pitt and Jolie's six children played the largest roles. Eldest sons Maddox (13) and Pax (11) walked their mother down the aisle, while Zahara (9) and Vivienne (6) threw flower petals, and Shiloh (8) and Knox (6) served as ring bearers.

Meanwhile the children also literally put their mark on their mother's gown. Never one to conform to expectations, Jolie donned an ivory satin Atelier Versace gown adorned with dozens of her children's designs and drawing sewn into the back of the gown and veil, according to People magazine.

Jolie's decision to make her kids such a large part of her wedding is hardly surprising since she previously told People that her children would definitely be heavily involved in the planning process.

"We are discussing it with the children and how they imagine it might be, which is verging on hysterical, how kids envision a wedding," she told the magazine back in May. "They will, in a way, be the wedding planners. It's going to be Disney or paintball – one or the other!"

For more on Jolie and Pitt's wedding, pick up a copy of People magazine, on sale Sept. 3.