Having a child die before you is not easy. Everyone can agree on that. It is universal knowledge that parents are supposed to die first -- sometimes too soon, but they still die first. Then the kids. Sadly, it doesn't always work out that way. Sometimes children die before their parents. It sucks, but it happens. Seven children in America will die from cancer today.

How we make sense of that as parents of a dead child will determine how we move forward. My husband and I have opted for acceptance. We accept that our daughter was diagnosed with cancer. We accept that she was one of the 50% of children diagnosed with a brain tumor that will die. We accept that there was so little information about her type of cancer, papillary meningioma, that there was no treatment protocol to guide her doctors. They did the best they could, but as a family member who is a cancer researcher told us, everything that was done for Donna was nothing more than "a shot in the dark."

So, we do our best to accept something that defies the natural order of things. We don't like any of it, but we accept it.

We also know that other folks accept different things. In trying to make sense out of childhood cancer, many turn to metaphors for answers. Our children who have died become "angels," gentle and revered creatures lucky enough to fly above us and be with God, or "warriors" waging war against the enemy inside their body.

This brings me no comfort.

The words we use to talk about cancer, in children and adults, influence how we think about cancer and those unlucky enough to be touched by it. Survivors are called "victorious" and "winners." Those who have not survived their cancer are called "angels" and "in a better place." I read a description last week that almost made me throw my iPad across the room. A respected cancer advocate wrote the words "those who have fought and surrendered to cancer" to describe people who have died as a result of the disease.

Words matter, people. My 4-year-old daughter is not an angel right now. She is a child who died of an aggressive brain tumor. I myself, early in treatment, used to refer to Donna as a warrior. Then one day I looked at her -- my beautiful and vulnerable daughter. She was not a warrior. She was a girl, little more than a baby, under 2 years old. She held no weapons, she had no strategy, she answered to no general. Donna was no warrior. Just a girl.

I even try to stay away from the analogy of "fighting" cancer, which is so very common. In a fight, we can all recognize that there are generally winners and losers. If those who are "victorious" over their diagnosis are the "winners," then it stands to reason that those unlucky enough to die after being diagnosed with a more aggressive strain of the disease or some unfortunate circumstance like infection, are "losers," or have "fought and surrendered to cancer."

My girl is not a loser, and she sure as hell never surrendered. Good freaking Lord, just days before she died, she was still attending school. Does that sound like surrendering to you? Not to me. Not a chance.

I don't want to be all self-righteous here, or play the cancer card -- the card that implies that my opinion holds more water than yours because of its hard-earned credentials. I do, though, want to inform and question and educate.

When we use words like angel and warrior to describe a child with cancer, why do we do that? How are those the go-to metaphors for children diagnosed with the number one disease killer of children? Does it make it easier to accept the brutal consequences of a disease that is underfunded and ignored by so many?

Does it make it prettier to think of thousands of angels floating above us, protecting us in a way that we were unable to protect them? Does it make us believe that these kids are stronger than they actually are if we wrap them in the imagery of warriors with protective gear and weapons to defend themselves?

Human nature demands that we try and make sense out of things we don't understand. I think that is a large part of these metaphors that romanticize these most vulnerable of children. Let's not do that anymore, OK? Let's not lay our own needs on these kids. They and their families are already carrying more than their fair share of burdens.

Think before you speak. Ask the family what language they prefer. Is their child an angel? A warrior? Mine isn't. My child is neither. My child is dead. Angels and warriors only confuse the issue. 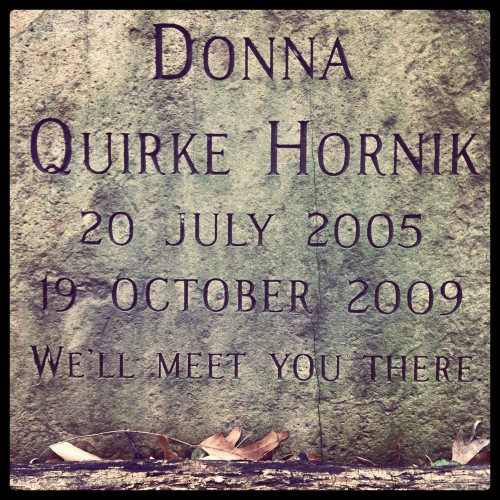 More:
cancer losing a childbrain tumorchildhood cancer awarenessParents
Newsletter Sign Up
Raise the kind of person you'd like to know
Subscribe to our parenting newsletter.
Successfully Subscribed!
Realness delivered to your inbox