If you ever opened up one of Sports Illustrated’s annual swimsuit issues in the 90s, there’s a decent chance you saw model Angie Everhart on the pages. The statuesque redhead could be seen in print posing seductively in a high-cut one-piece or thong bikini, but always refused to reveal anything more... until the year 2000.

That February, Everhart appeared nude for Playboy. Though the 47-year-old recently told “Oprah: Where Are They Now?” that she had promised her grandmother she’d never pose nude, Everhart explains that the magazine made her an offer back then that was too good to pass up.

“Playboy came to me and they said, ‘Look. We’re going to give you the best contract we’ve ever given anybody in the history of Playboy,’” Everhart says. “And they did.”

So, Everhart shed the swimsuits and took part in the nude pictorial. Except she did so with a strategy seemingly in mind.

“I didn’t show it all. I put my hand in front of my privates,” Everhart says.

The magazine, however, had hoped for full nudity.

“Playboy came back to me and they said, ‘Um, Miss Everhart? Could we re-shoot your Playboy shoot?... You didn’t show everything,’” she says. “I said, ‘Well, my contract stated that I had to show boobs and butt.’”

And that was that. Everhart’s pictorial remained as-is, despite Playboy’s request for otherwise.

“They wanted to see if the drapes matched the curtains,” Everhart laughs, more than 16 years later. “They do, by the way, but I wasn’t going to show it.”

Another model opens up:

OWN Video Where Are They Now? Playboy Supermodels Angie Everhart 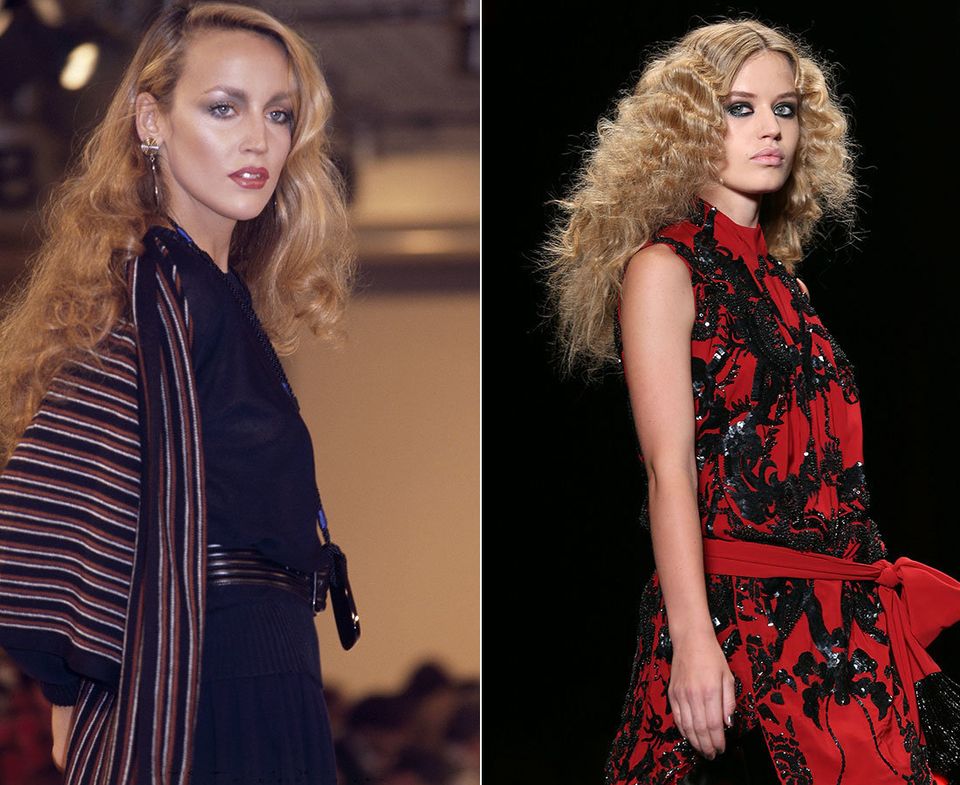 1 / 15
Jerry Hall & Georgia May Jagger
<a href="http://www.huffingtonpost.co.uk/2016/01/12/jerry-hall-fashion-style_n_8960690.html">Hall</a> is widely known for her long-term relationship with rocker Mick Jagger, but the Texas-born beauty had established a lucrative modeling career by the time the pair started dating. She's covered dozens of magazines, including Vogue, Playboy, Elle and Cosmopolitan. Now married to&nbsp;media mogul Rupert Murdoch, Hall continues to pose for fashion publications today.<br><br>As the youngest daughter of Hall and Jagger, <a href="https://www.huffpost.com/topic/georgia-may-jagger">Georgia May</a> has carved her own lane in the fashion industry even though she stands at just 5'7". Her list of credits continues to stack up, as she's modeled for Miu Miu, Chanel, Hudson Jeans and Rimmel London.
Getty Images