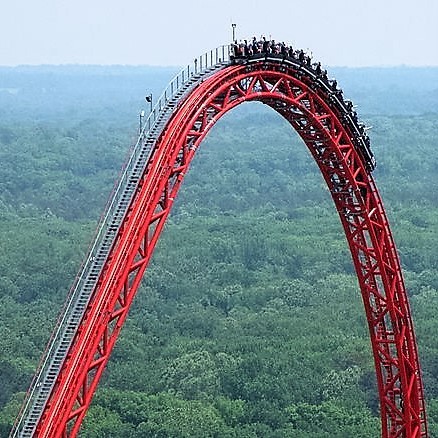 From Part I:
Somehow we have arrived at a moment in time when the entrance of a perceived tough and cunning figure with no need to talk in full sentences has become the advent of a savior, or at least a version of one from the bowels of World Wide Wrestling. What kind of savior is this? What collective pain can account for something so bizarre that if someone told me this was occurring in a parallel universe, I would ask how it was possible?

And so I did. I began asking what was behind the media's focus on the angry white electorate, as if anger somehow explained the collective pull toward driving off a cliff and yelling "Freedom!"

***
The starting place for me was learning just how few of us, white or minority, have a college education. And how without a college education, one is set upon by the wolves of illness, debt, and unemployment. How could this be? How is it that a college degree, though barely a starting point to get by in today's economy, is beyond the reach of so many?

One hundred years ago, it was a novel idea that all children should go to high school. It wasn't until 1930 that most children did. But, as Bill Gates has pointed out, high schools were never designed to send children onward to a bachelor's degree. They were designed to prepare a workforce that could follow rules designed for factories and the emerging industrial economy. And high schools met the low bar that was expected of them.

Estimates exist that, even today, only 25% of high school graduates have the skills needed to succeed academically in college. It was not until 2011 that the census bureau reported that 30% of adults in the United States had attained a bachelor's degree, and the figure remained about the same in the 2014 census (32%), which means about 142 million Americans do not. And while it is true that the percentage of African Americans and Latinos graduating with a bachelor's degree is even lower than whites, the clear majority (64%) of white men and women over 25 years old are also without one.

The consequence is that large swaths of our population are economically marooned, caught between low-wage jobs on the one hand and the whims of corporate employers looking to automate or move jobs offshore on the other. Beginning in 1977, real wages for working-class men and women remained stagnant or declined over the next 30 years. For example, if the actual value of the minimum wage, $2.30, in 1977 was worth about $8 in today's dollars, then the minimum wage in 2007, $7.50, was worth even less -- $6, due to inflation. The same was true generally for the majority of working-class jobs, paying an average of $31,000 in today's dollars but stagnant over almost an entire work life beginning in 1977. And this was all happening at the same time that income disparities between the working class and financial elites exploded.

Prosperity was not disappearing from the American landscape, but simply shifting. In roughly the same 30-year period when growth in workers' wages was slowing down to a crawl, individual wealth became so concentrated that the 400 richest billionaires in the United States had an accumulated wealth equal to half that of the U.S. population (150 million people).

The staggering inequities of wealth were captured in the rising ratios between CEO pay and average annual wages for nonsupervisory labor -- 20:1 in the early 1970s, doubling by the end of the decade, and then continuing on a Mount Everest-like climb to 376:1 by 2000. To put this in perspective, the average CEO compensation in 2007 was $18.8 million, compared with $31,000 for the average worker with only a high school degree and $15,000 for a minimum-wage job -- a ratio of 1,253:1.

If these numbers aren't troubling enough, the great recession in 2008 appeared proof that no one, even the wealthy, was minding the store. A shift in perception was taking place in the collective from a belief that success was a function of merit and effort to a recognition that the system was rigged.

"What has happened in recent years," summarized Warren Buffett in 2012, was that "we were told a rising tide would lift all boats, but the rising tide has lifted all yachts." What many failed to see was that our economic system was not so much rigged as designed to benefit the wealthy. And without a clear understanding of how this was accomplished, many of us were left to simply identify enemies and scapegoats. Was it the 1% we should be angry with? Wall Street hedge fund managers? Banks? Immigrants? Or those we deemed too lazy or criminal to find success? It was a muddle.

For more information on the author, go to www.alanbriskin.com

More:
GPS For The Soulhigher educationwealth inequality
Newsletter Sign Up
An essential daily guide to achieving the good life
Subscribe to our lifestyle email.
Successfully Subscribed!
Realness delivered to your inbox