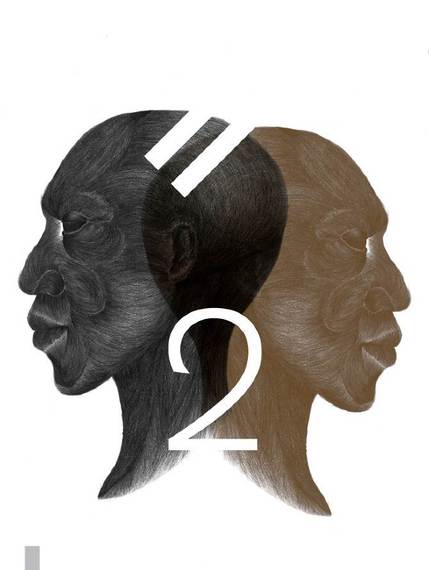 "Bring Me the Sunset in a Cup."

Dickinson uses imagery in her poetry to draw the theme of angles and loops to the surface. Inside Emily Dickinson's poetry, the emerging system of angles and loops unfolds, creating binary connections and informing the reader of these images. This technique is proven through double consciousness and poetic energy. The first etymological definition of angle is "the space between intersecting lines." The second etymological definition of angle is "loop," and I believe Dickinson does a series of angle loops in her poems.
In order to expose the angles and loops in her poems, I draw on the theories of double consciousness and poetic energy. Double consciousness is that fast and slow apex where two thoughts meet and create a twoness that goes into one apex; it is through that apex where two thoughts congregate at an angle.
In one poem (1862), one that establishes the system of angles, "A Bird Came Down the Walk," Dickinson plainly uses the term angle in conjunction with "halves." As the poem unfolds, she includes other images that further inform an angle pathway:

A Bird, came down the Walk
He did not know I saw -

He bit an Angle Worm in halves
And ate the fellow, raw,

And then, he drank a Dew
From a convenient Grass -
And then hopped sidewise to the Wall
To let a Beetle pass -

He glanced with rapid eyes,
That hurried all abroad -
They looked like frightened Beads, I thought,
He stirred his Velvet Head. -

Like one in danger, Cautious,
I offered him a Crumb,
And he unrolled his feathers,
And rowed him softer Home -

Than Oars divide the Ocean,
Too silver for a seam,
Or Butterflies, off Banks of Noon,
Leap, plashless as they swim. (328)

Notice how the divide that is caused by the angle worm continues to emerge throughout the poem. The rows create a silver seam, and seam suggests that place where two entities merge. But it is "too silver for a seam," suggesting, perhaps, that the boundary between the two sides is so minute, so seamless--both entities are so completely merged--that it is impossible to tell when one crosses the angle.

Note how she mentions "dew" near the beginning and "plashless" at the end. They both suggest a cycle of dew and water and create a full loop of the noun water, emerging from the system of a loop.
This concept of a loop appears over and over again throughout her writing. When we look at the tradition of American poetry, we see that energy in the verb that helps move the poem. Poetic energy is the root that helps amplify the image within her work. Moments later, I see angles and loops further suggesting poetic energy through Charles Olson's essay on projective verse. For Olson, "the sentence as first act of nature, as lighting, as passage of force from subject to object, quick, in this case, from hart to me, in every case, from me to you, the VERB, between two nouns." Observe that Dickinson uses the noun dew, several verbs, and "plashless" at the end, suggesting that, "What we have suffered from, is manuscript, press, the removal of verse from its producer and its reproducer, the voice, a removal by one, by two removes from its place of origin and its destination. For the breath has a double meaning which Latin had not yet lost," despite the fact that Olson highlights how "breath has a double meaning" that possesses some level of energy or twoness inside the poem.
In an early poem (July 1862)--one that launches the viewpoint of loops that supports the capture of the emerging system in her work--Dickinson slopes to the loop by using the powerful word circumference. Consider, for example, "Business is Circumference":
Will you tell me my fault, frankly as to yourself, for I had rather wince,
than die. Men do not call the surgeon, to commend--the Bone, but to set
it, Sir, and fracture within, is more critical. And for this, Preceptor, I shall
you--Obedience--the Blossom from my Garden, and every gratitude
I know. Perhaps you smile at me. I could not stop for that--My Business is
Circumference--An ignorance, not of Customs, but if caught with the
Dawn--or the Sunset see me--Myself the only Kangaroo among the Beauty,
Sir, if you please, it afflicts me, and I thought that instruction would take it away. (268)

This suggests the boundary that is caused by the "Business is Circumference" continues to emerge throughout the poem. The business creates a circumference, and circumference suggests that place where two things merge, more specifically, what is more cyclic, looping, and recurring than the juxtaposition of the sun rising and setting between the seventh line "Dawn--or the Sunset See Me" and the quote I started out with at the beginning of the essay, "Bring Me the Sunset in a Cup."
Another indication that Dickinson emerges the system of a loop in her poetry is in the poem "I Saw No Way - The Heavens Were Stitched":
I saw no Way - The Heavens were stitched -
I felt the Columns close-
The Earth reversed her Hemispheres -
I touched the Universe -

These two verses use the twoness of circumference to arouse the ironic awareness of a loop that follows angles. Both verses link to the circular order of experiencing the doubleness of the planet "Earth" within the "universe" and create that summit between both--and a twoness between "I" and nature--creating two angles that are looping past each other in an orbit.
In the first verse, the noun heavens and the verb stitched surpass one's self and one's spirit as all encircling as the circle itself. In the second verse, the "I" becomes transported, gone, and disappears "beyond" the vista of the poem. The entirety of the poem, therefore, touches on the points where twoness arrives at an angle and circles in a loop.
Dickinson wrote many other poems that explore angles and loops, including "The Angle of a Landscape." The poem begins by evoking the presence of an angle when she uses "angle" in partnership with "crack." As the poem evolves, she enters other images that foster the merging system of angles and loops:
The Angle of a Landscape -
That every time I wake -
Between my Curtain and the Wall
Opon an ample Crack -

Like a Venetian - waiting -
Accosts my open eye -
Is just a Bough of Apples -
Held slanting, in the Sky -

The Seasons - shift - my Picture -
Opon my Emerald Bough,
I wake - to find no - Emeralds -
Then - Diamonds - which the Snow


Get a load of the shift that is triggered by the "Seasons - shift - my Picture" that continues to emerge throughout the poem. The "polar caskets" brought a "chimney," and chimney suggests that place where two seasons merge. But it is "the steeple's finger" suggesting, perhaps, that the borderline between the two seasons is so gentle--so "held slanting, in the sky"--and that the seasons generated by shift in the axis are so completely merged--that they create a twoness at an angle, and all conform to the origin of circling around the "pattern" in the emerging system of angles and loops.
Catch how she references "wake" near the beginning and "wake" at the end. They both suggest a cycle of someone waking and create a full loop of the verb wake, emerging the system of a loop through poetic energy.
If the emerging system evolves, it does so in angles and loops, exposing new boundaries within Dickinson's poetry. The developing system is best understood through the concept of twoness: "A Bird Came Down the Walk"; Olson's essay on perfective verse, "Business is Circumference"; "I Saw No Way - The Heavens Were Stitched"; and "The Angle of a Landscape." These emerging displays of angles and loops contribute to the imagined view that she crafted these angle pathways on purpose to show us twoness. Now for the previously mentioned to take effect, it is our duty to gaze at Dickinson's poetry with the state of mind concerning angles and loops; these images belong to the zone that both entities are so completely betwixt that it is impossible to tell when one coils the twist, but we know it occurs. 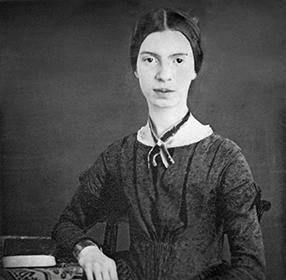