Sometimes we see what we want to see, but this time, we think the cosmos is playing a game with us.

Officially called IC 2944, or the Lambda Centauri Nebula, this peculiarly-shaped nebula lies 6,500 light-years from Earth, in the constellation Centaurus. The image was taken by the Wide Field Imager on the MPG/ESO 2.2-meter telescope, the European Southern Observatory (ESO) reports.

According to ScienceDaily, the unusual shape quickly made many call it the "Angry Bird Nebula," though scientists nicknamed it the perhaps equally silly "Running Chicken Nebula."

Further adding to the chicken joke is the presence of Bok globules in the nebula. In the images, these spots, which appear as black dots against the red gas background, appear dark as they suck in light.

However, the globules have an incredible purpose. They're actually the beginnings of the formation of stars, the ESO reports.

According to Hubble, there's still much to learn about these structures:

Astronomers still know very little about their origin and nature, except that they are generally associated with areas of star formation, called 'HII regions' due to the presence of hydrogen gas. IC 2944 is filled with gas and dust that is illuminated and heated by a loose cluster of massive stars. These stars are much hotter and much more massive than our Sun.

Hubble has been photographing stunning nebulae for years. In 2010, NASA released this image, demonstrating the telescope's incredible resolution and unique insight into the universe. 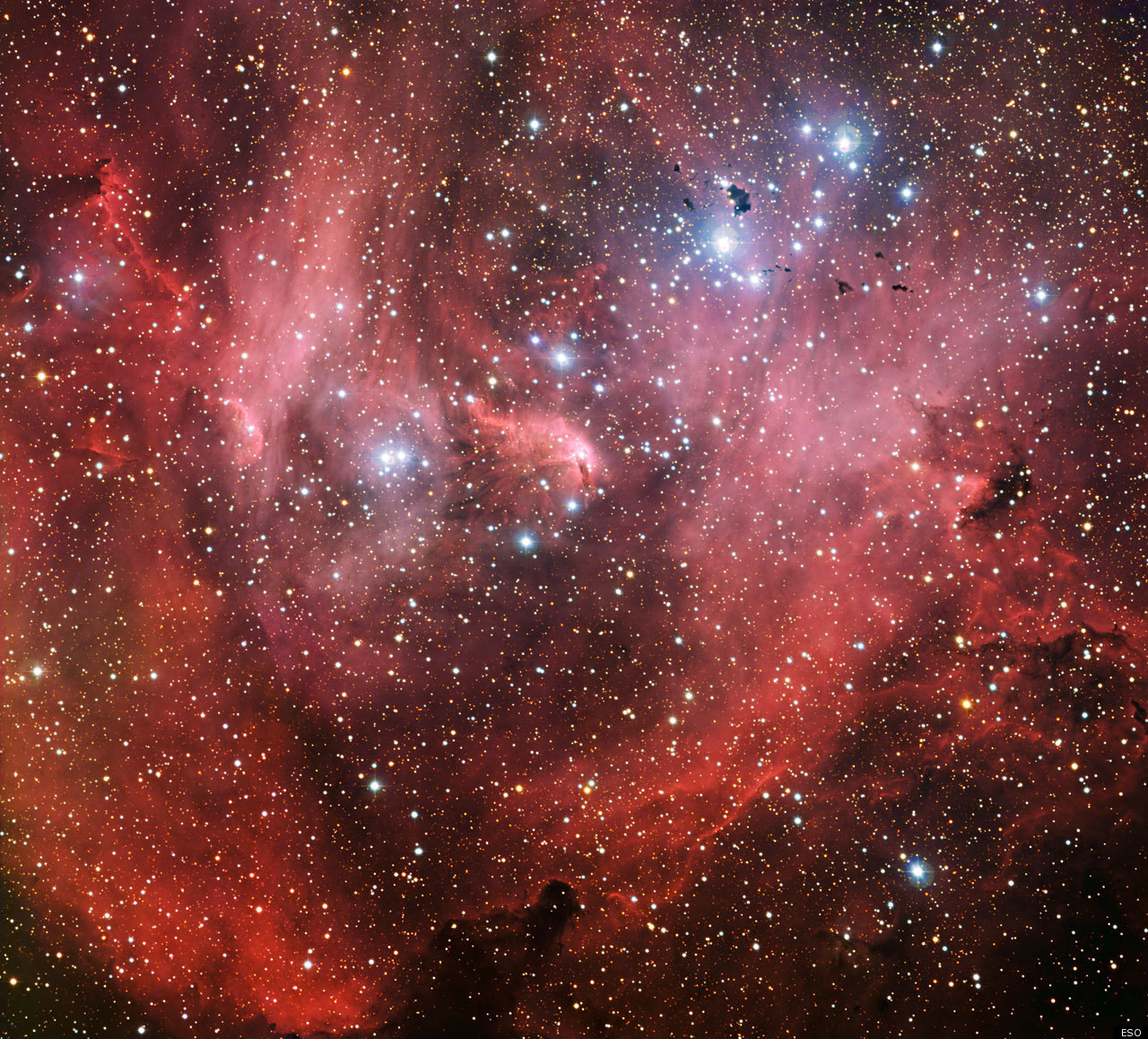