Really, can anyone be surprised by a new Angry Birds release these days? While we're patiently waiting for it to come to the Kindle and our old school calculators, there are still some devices that don't support the wildly popular pig destruction game.

BlackBerry Bold 9900/9930 and BBOS 7 announcements aside, the biggest news out of the BlackBerry World Conference may be today's confirmation from co-CEO Mike Lazaridas that Rovio is bringing Angry Birds to the BlackBerry PlayBook tablet. No word on a specific launch date, but expect it to land sometime this summer.

Now, about that native email client... 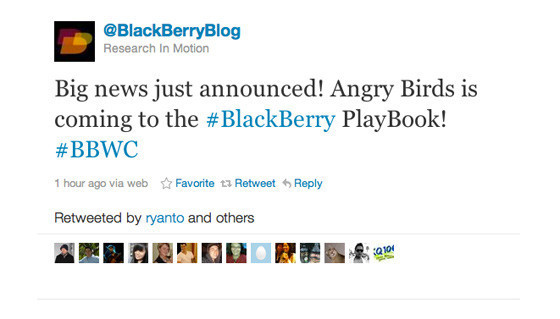