NEW YORK (AP) — Residents of a Queens neighborhood are dealing with a squirrely threat.

Denizens of the New York City borough’s Rego Park neighborhood say an aggressive squirrel has jumped on them and bitten them in the past several weeks, WCBS-TV reported Wednesday.

Micheline Frederick pointed to a bruise on her wrist where she said the squirrel landed on her and then sank its teeth into her fingers and hand.

“We’re wrestling in the snow and there’s blood everywhere and my fingers getting chewed and it won’t let go,” Frederick said. “Eventually, it just stopped and there I was a big bloody mess.”

A photo Frederick says she took after the attack shows a snowy pathway covered in blood.

“This was an MMA cage match! And I lost!” she added.

Two other neighbors told WCBS the squirrel had jumped on them, seemingly unprovoked.

“These squirrels are aggressively going after people,” Vinati Singh said.

The city’s Department of Health advised the neighbors to hire a licensed trapper, but the large metal traps have not yet captured any squirrels, the broadcaster reported.

The reason for the squirrel — or squirrels’ — aggressive behavior is not clear. Small rodents like squirrels rarely test positive for rabies and are not known to have transmitted it to humans, according to the Centers for Disease Control and Prevention. 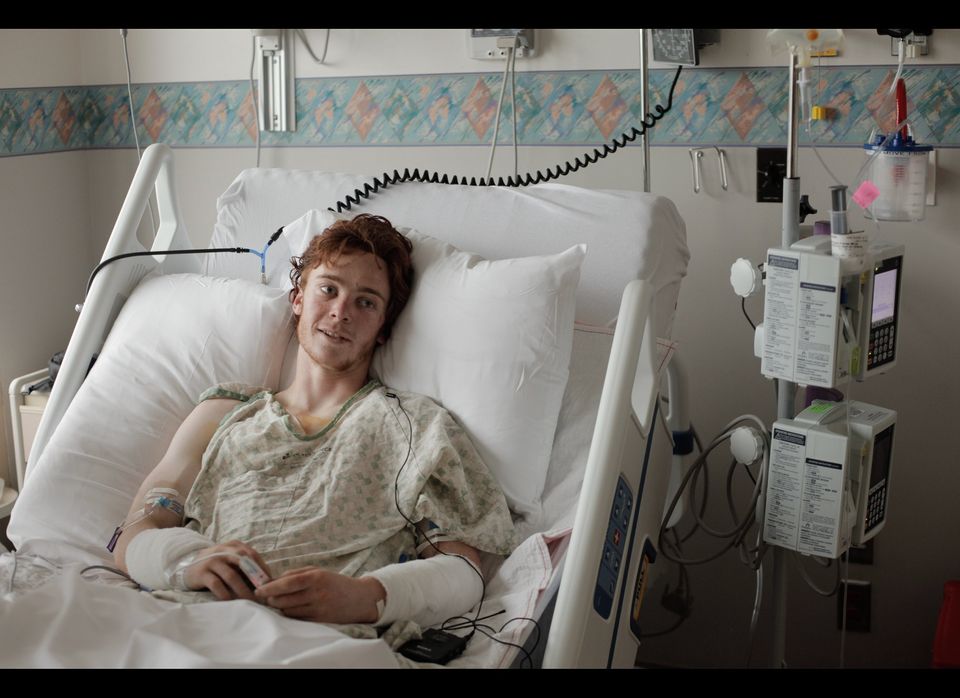 1 / 14
<em>From AP:</em> Samuel Gottsegen, 17, recounts his experiences as one of the victims of a bear attack that occurred Saturday evening near Talkeetna, Alaska, as he recovers in an Anchorage, Alaska hospital on Monday July 25, 2011. Gottsegen was taking part in an outdoor education course from the National Outdoor Leadership School. (AP Photo/Loren Holmes)
AP