This past week was full of bizarre animal stories.

In Arizona, a cat found itself in a prickly situation when it was stuck on top of a cactus for over two days. Fortunately, the cat finally managed to find a way down.

In Georgia, a deer was apparently so hungry for tacos that it crashed through a glass door and terrified restaurant patrons.

The San Francisco Zoo welcomed its newest residents last week. A group of six penguins who were rescued in Brazil several years ago joined the zoo's Magellanic penguin collection, the largest in the world.

Authorities in southwestern Pennsylvania are searching for a miniature pony named John Wayne. The mini-Duke was stolen last week from his owners' farm.

Sadly, a cat in England has been severely traumatized after a young man swung him by his tail more than 14 times.

Also this past week, an environmental group declared that Africa's Western Black Rhino is officially extinct. As a result of poaching, two other rhino subspecies are also close to extinction.

Check out of slideshow below of the best animal photos of the week, and vote for your favorite: 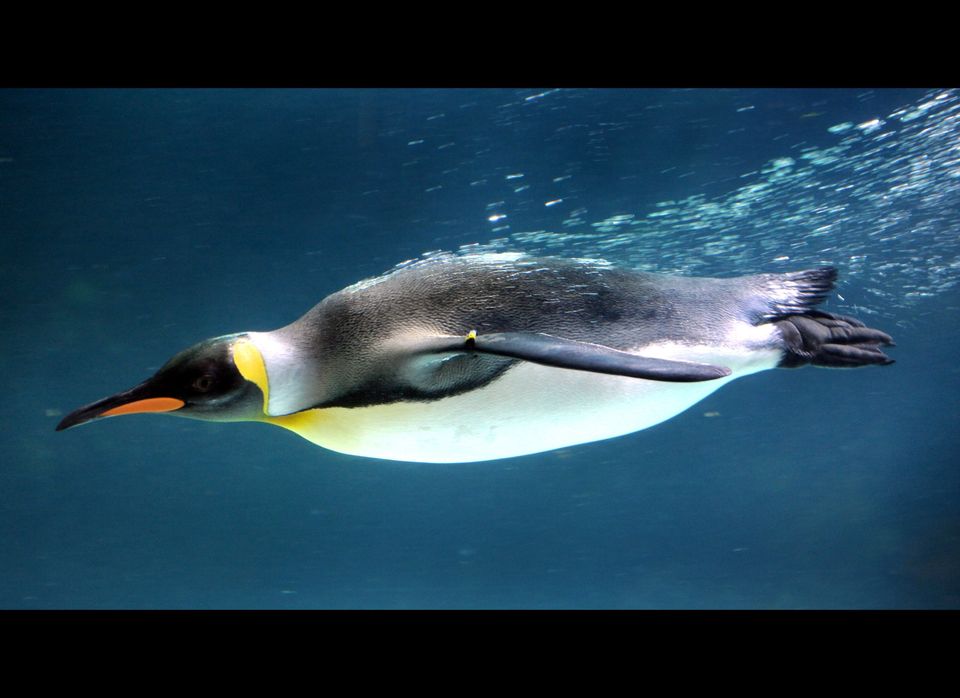 1 / 18
<em>From Getty:</em> A Gentoo penguin swims in a pool at the Melbourne Aquarium on November 10, 2011. The Aquarium was celebrating the arrival of its first sub-Antarctic Gentoo penguin chicks for 2011, during a breeding season which typically lasting around three months from October to late December with parents sharing the incubation period of their eggs until they hatch after 34 to 36 days. They are the fastest underwater swimming penguins, able to reach speeds of 36 km/h, and are native to many sub-Antarctic islands. AFP PHOTO / WILLIAM WEST
Getty