What do an elephant, a blind mole rat, and bowhead whales have in common that could help people? There are indications that all of them have different sorts of cancer resistance built into their DNA and body processes. The National Cancer Institute (NCI) describes such animal models as central to understanding how cancer works in the human body.

According to the American Cancer Society, roughly one of two men and one of three women will be diagnosed with cancer in their lifetimes. Over three quarters of those diagnoses come in people above the age of 55, but cancer can strike at any age.

Animals get cancer too, but many do so at radically lower rates than people. In the 1970s, epidemiologist Richard Peto of University of Oxford, UK, studied larger and especially long-lived animals, whose cells have divided many more times than those of smaller and younger animals. His opening hypothesis was that these larger and older animals should have more random mutations that could lead to cancer. Surprisingly, he discovered that they actually contracted cancer far less frequently, so he suspected that they might have some built-in biological mechanism that was protecting them from the disease. 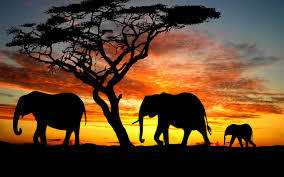 More recently, the labs of Dr. J. D. Schiffman (from the Huntsman Cancer Center at the University of Utah) and Dr. Vincent Lynch (evolutionary biologist at the University of Chicago) have each independently identified a significant factor that may help explain the difference in cancer incidence rates between people and elephants. A gene common to people and elephants called TP53 helps suppress cancer. The p53 protein helps identify when a gene has been damaged and may stimulate repair of the gene, pause cell division, or cause the cell to kill itself.

Many research labs are examining cancer trends in a variety of animal species that have particularly low cancer incidence for possibly different reasons. Researchers don't fully understand (yet) the mechanisms responsible for reduced cancer incidence in certain species but are now exploring more species for potential human parallels. Particular targets of investigation in animals include two gene types [one that causes normal cells to turn cancerous (oncogenes) and one that suppresses cancer by repairing cell damage and stopping tumor growth] as well as a variety of proteins and enzymes.

For example, the naked mole rat, a subterranean rodent that lives over 30 years (in comparison with the typical four-year life span of more typical rats), is resistant to both cancer and aging. Researchers believe this phenomenon is a function of an enzyme, hyaluronidase (HA). Because cancer is more prevalent in older humans, learnings from long-lived animals with low cancer rates could be relevant. Other long-lived species like parrots, tortoises, and bowhead whales are subjects of Dr. Schiffman's interest, although their cancer suppression mechanisms (as-yet unknown) may be different from either TP53 or the HA enzyme. 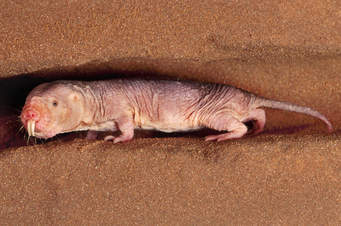 Discoveries of how these genes and enzymes behave in animal models may decipher the biological mechanisms that cause, support, prevent, or suppress cancers in the human body. Researchers seek to discover mechanisms in animal models that may help control human cancer's incidence, growth, spread, and potential to kill.

The exploration of such models is only one facet in cancer research but offers an important lesson about why cancer research costs so much and takes so long. Cancer isn't just one disease. It's the name for over 200 related conditions in which unrestrained cell growth may overwhelm the body's normal organs and systems. Controlling cancer requires understanding for each type of cancer such factors as its causes, mechanisms that allow or even foster its spread (metastasis), how some cancers develop chemotherapy resistance, and what causes recurrences after a patient goes into remission.

The American Association for Cancer Research (AACR) describes four basic levels of research that are pivotal to breakthroughs for humans:

Animal models represent only one link in the cancer research chain. Cancer research is further complicated by the overlay of genetic patterns that make each person more or less susceptible to cancer and by biological "switches" that may trigger the body's own immune system to fight cancer. The resulting breadth of potential research targets makes cancer research both costly and time consuming.

While it's unclear what human applications such research might have, Dr. Ted Gansler of the American Cancer Society says that

Studies of other species that are done . . . without any short term expectation of medical relevance often turn out to be very important in understanding cancer . . . . progress often comes from unexpected directions.

Despite rising survival rates, current cancer incidence (one new case diagnosed every 30 seconds) poses and extreme financial and emotional toll for affected families. Animal studies are time consuming and costly but will continue to yield important clues about cancer in humans, clues that will be missed or delayed without substantially increased Federal research funding.