Is there any circumstance when animal experimentation or the use of animals in medical education would be warranted?

That brief, to the point, and definitive answer came from John J. Pippin, MD, a cardiologist and senior medical and research advisor for the Physicians Committee for Responsible Medicine (PCRM). I was doing a phone interview with him after attending "The Art of Compassion," an event celebrating PCRM's 25th anniversary. They gave an award to Marilu Henner, a vegan who's been working to reform the Child Nutrition Act so kids at school can eat something other than chicken fingers. 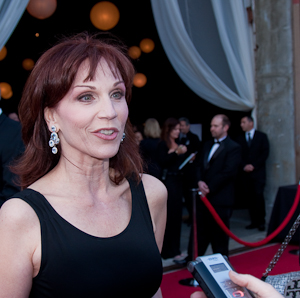 Good cause. But it was another issue - the use of animals in experimentation and education - that really got my attention. I figured that if a surgeon was going to cut me open, he or she better practice on a pig first, right? Actually, wrong. I thought if an experimental medication was to be proven safe and effective on people, it had better first be tested on animals, right? Also wrong.

Only three accredited medical schools in the whole country use animals to teach surgery. According to PCRM, the schools are Johns Hopkins University School of Medicine, the Uniformed Services University of the Health Sciences, and the University of Tennessee College of Medicine, Chattanooga campus. Dr. Pippin told me there's a good reason all the other 150-plus medical schools in the country don't use animals in surgical education: There are better ways to teach surgery. Surgical simulators and supervised operating room experience work just fine. Harvard and Yale don't see the need to use (or kill) animals, so why do those three schools still do it?

"They don't want to use the new methods because they're comfortable with the old methods. But we all have to change our beliefs when the science changes," Dr. Pippin told me. A paper published by the New England Journal of Medicine backs him up, asserting that simulators are effective training devices for medical residents.

What about animals who give their lives to test new medication? Bad for the animals, but good thing for people, right? Actually, no.

The history of cancer research has been a history of curing cancer in the mouse. We have cured mice of cancer for decades - and it simply didn't work in humans.

Dr. Pippin said that using animals to study human diseases is "an abject failure." Look at the track record for pharmaceuticals. The former vice-president of genetics at GlaxoSmithKline has said, "The vast majority of drugs -- more than 90 percent -- only work in 30 or 50 per cent of the people."

If pharmaceuticals only work for half the population why do we still need to test them on animals? Bottom line: Money. "If funding is available to do research on animals, they do research on animals," Dr. Pippin pointed out. The money is there. According to a Freedom of Information Act request initiated by The Chronicle of Higher Education, the National Institutes of Health reported that 42 percent of its research grants involved animals. The NIH budget is $30 billion - 42 percent of that, some $12 billion, is a lot of animal research funded by taxpayers like you and me. Can you get your tax check to the IRS out of the mailbox? Hmm, too late.

I'd like to know why those three medical schools still use animals for surgical training - so I'm going to ask them and tell you what they say.