Activists occupied an animal facility at the University of Milan, Italy, at the weekend, releasing mice and rabbits and mixing up cage labels to confuse experimental protocols. Researchers at the university say that it will take years to recover their work.

Many of the animals at the facility are genetic models for psychiatric disorders such as autism and schizophrenia.

No arrests have been made following the 12-hour drama, which took place on Saturday, although the university says that it will press charges against the protesters. The activists took some of the animals and were told during negotiations that they would be permitted to come back later and take more.

The attack was staged by the animal-rights group that calls itself Fermare Green Hill (or Stop Green Hill), in reference to the Green Hill dog-breeding facility near Brescia, Italy, which it targets for closure. Five activists entered laboratories in the university’s pharmacology department on Saturday morning. The lack of signs of a break-in suggests that the activists may have used an illegally acquired electronic card, says pharmacologist Francesca Guidobono-Cavalchini, who works there. They pried open the reinforced doors of the facility on the fourth floor, and two of them chained themselves by the neck to the main double doors such that any attempt to open the doors could have endangered their lives.

They posted pictures of themselves on their organisation’s website, where they also declared that they would stay for as long as it took to get agreement to leave with all the animals. The facility hosts around 800 animals, mostly genetically modified mice but also some rabbits, according to Martino Bolognesi, a structural biologist at the university. The activists had brought supplies of food and sleeping bags.

Meanwhile, hundreds of animal-rights sympathizers demonstrated outside, according to reports in the Italian press.

Researchers who turned up at the lab to work on their experiments found dozens of civil and military police at the scene, says Guidobono-Cavalchini.

Paola Viani, deputy director of the pharmacology department, worked with police to negotiate with the activists. By evening they had reached a compromise whereby the activists left with fewer than 100 animals, with the understanding that they could return for the rest later; negotiations about whether they may do so are still continuing, according Bolognesi.

Some of the mice they removed were delicate mutants and immunosuppressed ‘nude’ mice, which die very quickly outside controlled environments.

In addition to mixing up animals and cage labels to ensure that ongoing experiments would be ruined, the activists also took the names of the experimenters from the cage labels, some of which they later published on their Facebook page.

The university is now calculating the damages and deciding what charges it will press, according to Guidobono-Cavalchini.

Michela Matteoli, a neurobiologist who works on autism and other disorders and lost most of her own research in the attack, says that she found some research students crying in the disrupted facility on Monday morning.

“It will take three people at least a year to build up the colonies we had of mouse models of different psychiatric diseases,” she says.

On Sunday Italian media reported that around 60 scientists held their own demonstration in Milan to protest what they call the ignorance and bullying tactics of Fermare Green Hill. Researchers in the department have published an open letter in an Italian biotechnology trade journal explaining the value of their research, which is financed by many different national and international research agencies. 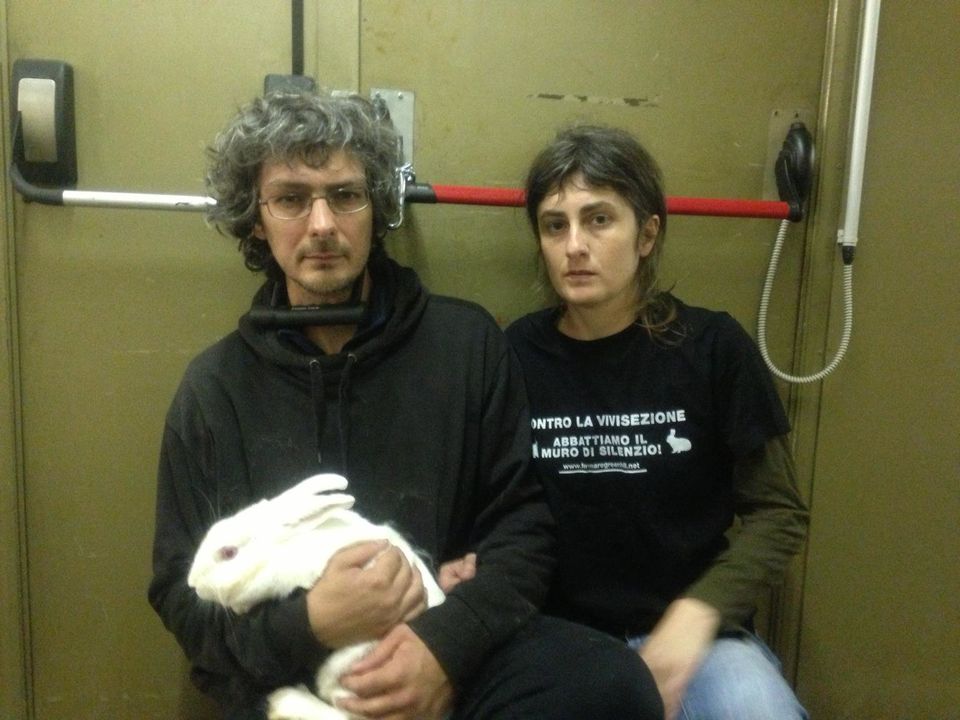