There isn't much debate that animals are better than people. However, time after time, "where are they now" lists are made strictly for human celebrities.

With recent news stories about animal rights finally bringing our four-legged and finned friends to the forefront, it's time to find out what some of your favorite television animals are up to. See whose career skyrocketed, reminisce about the good times and, more importantly, find out who's still alive.

Appearing in Taco Bell’s 1997 ad campaign, Gidget the chihuahua helped warm our hearts and clog our arteries on the back of her famous catchphrase, “Yo quiero Taco Bell!” Though the ads reportedly led to an overall drop in sales at the fast food chain, the dog was a phenomenon. There were toys, t-shirts, and even “Godzilla” movie tie-ins. (Yeah, it was just the Matthew Broderick one, but still.) The dog was so popular that after the campaign ended in 2000, she went on to star as Bruiser’s mom in a film that’s probably on everyone’s top 10 list, 2003′s “Legally Blonde 2: Red, White & Blonde.”

Uh, she dead. After suffering a stroke, Gidget was euthanized at her trainer's home in 2009. 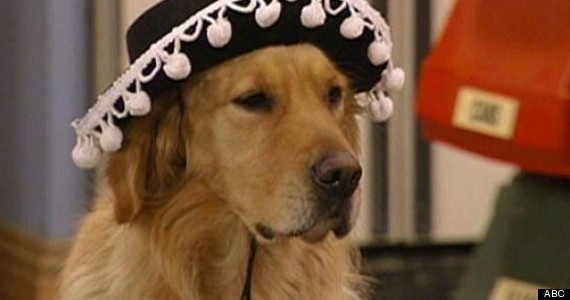 During a vacation back in 1989, Kevin DiCicco came across a stray dog chomping on a pinecone and decided to take him in. After rescuing Buddy, his owner learned he had a penchant for sports and started teaching him everything from basketball to soccer. Buddy would go on to appear on "The Late Show" during "Stupid Pet Tricks," star as the Tanner's dog Comet on "Full House" for six seasons and launch a ginormous movie franchise with 1997's "Air Bud," proving once and for all that there ain't no rule says a dog can't play basketball.

He's dead, too. Buddy had to have his right leg amputated shortly after filming "Air Bud" and died in his sleep of complications in 1998. 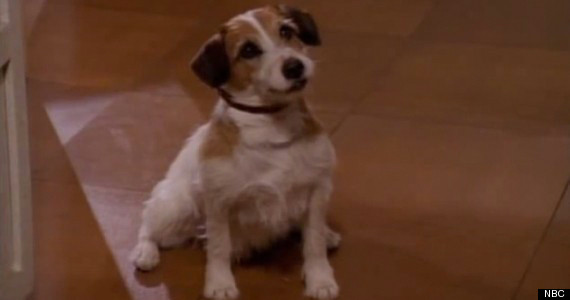 A Jack Russell Terrier named Moose stole the show as Eddie Crane on the sitcom “Frasier.” He was known for his hilarious cast stare downs and reportedly received more fan mail than any of his human cast mates. Moose also went on to appear alongside Frankie Muniz in “My Dog Skip.” On working with Eddie Crane, his “Frasier” co-star John Mahoney said:

He's the only real scene stealer I think in our cast. The rest of us sort of give the focus to each other, but Eddie couldn't care less. He'll just grab the focus whenever he can.

Nope. He's dead. Moose suffered from dementia and deafness and died in 2006. 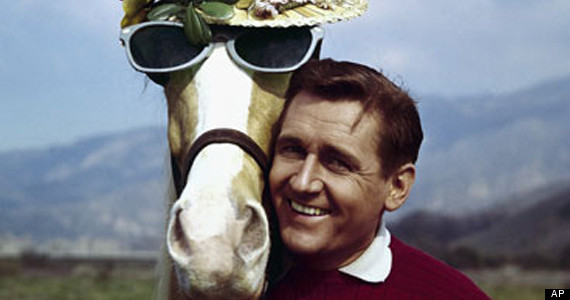 Bamboo Harvester is known for having an awesome name and playing the hilarious talking horse Mister Ed in the '50s and '60s comedy series. He was so loved by the cast that co-star Alan Young continued to visit him even after the show ended.

Yeah, he's super dead. In 1968, Bamboo began to suffer from a variety of issues, which included kidney problems and arthritis. He was then supposedly euthanized in 1970. Though, an alternate version of the story claims an inadvertent tranquilizer was actually the cause of death. 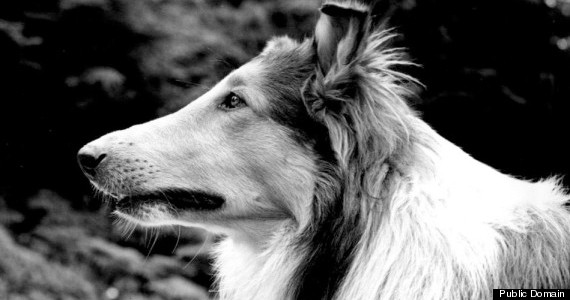 Pal first portrayed Lassie in film and television after being cast in MGM's, "Lassie Come Home." Following his film debut, the collie starred in six more movies and the pilot for the "Lassie" TV show. The role was originally meant for another dog, but Pal took over after he swam across an actual raging river and then continued a scene. After witnessing the event, Director Fred Wilcox famously said:

It may have been Pal that went in the river, but it was Lassie that came out. That is my star!

On "Sabrina, the Teenage Witch," Salem was a 500-year-old warlock sentenced to spend 100 years as a cat for trying to take over the world. In reality, the wise-cracking cat was brought to life by a combination of puppets, an actor and several real cats. The huge cast of feline thespians included Warlock, Witch, Lucy, Elvis, Halloween and an actual Salem. 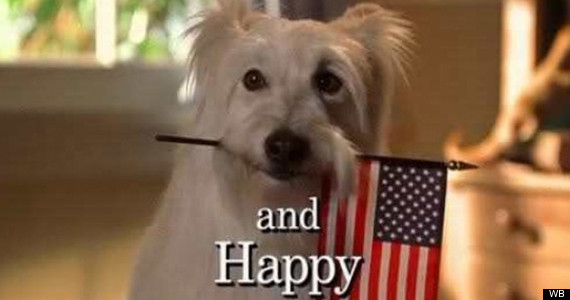 Happy is played by a terrier actually named Happy. The dog was rescued from the streets and later went on to land the "7th Heaven" role. She dealt with all the Camden kids' hormones and hijinks the entire series run from 1996 to 2007.

Soccer the Jack Russell Terrier became famous portraying the talking dog Wishbone in the PBS television series of the same name. In the show, Wishbone would daydream about being in classic stories that would mirror his family's real life situations. The series went on to win several Daytime Emmys and make children everywhere believe dogs could talk and shoot arrows. 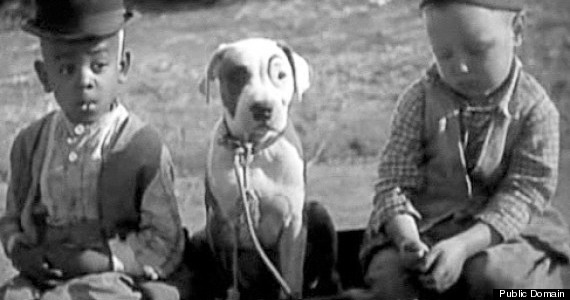 Pal the Wonder Dog, an American Pit Bull Terrier, got his start in silent films focused around the "Buster Brown" comic strip character. He quickly became popular for the natural ring around his eye, which was finished off with dye. He was later recruited to appear in "Our Gang" (aka "The Little Rascals") and was actually the second highest paid actor in the show.

A few different dolphins portrayed Flipper in the 1960s series; however, a playful bottlenose dolphin named Kathy took over the primary role.

Wow, this is a surprise! She's dead. Though controversial, "Flipper" trainer Richard O'Barry claims Kathy died by just choosing not to breathe, something dolphins are capable of.