2010 was a thin year for fiction. 2009 will be remembered as a banner year, when many of the most important fiction writers in America and elsewhere came out with important new books, and significant new voices were heard. One possibility, as far as America is concerned, is that the fire started by the Bush years is receding; if that is the case, we're looking at some bleak years ahead. Instead of direct confrontation with the brutal events of the last decade, the afterglow is saturated with indirectness, reminiscence, and even nostalgia. Too often, self-consciousness was an end in itself, and amongst younger writers hip irony seemed to reach intolerable levels of narcissism. Most of the big names who did come out with novels fell flat on their faces, producing ponderous, bloated, eminently editable books (Julie Orringer, Jonathan Franzen, Jane Smiley).

Tellingly, satire against the conditions of writing itself flourished, in Adam Langer's The Thieves of Manhattan and John McNally's After the Workshop, following Steve Hely's cutting How I Became a Famous Novelist last year. Andrew Ervin's Extraordinary Renditions (Coffee House Press) is as good a book as any published this year, testifying to the continuing vitality of small press publishing; his stories of expatriates in Hungary exquisitely merge politics and personality (take note, Nell Freudenberger!); similarly, Abdelfattah Kilito's The Clash of Images (New Directions) is a transcendent example of experimentalism (the novel as criticism, criticism as the novel), presenting Islam's fraught relationship with images in language evocative of Lawrence Durrell; Kilito's postmodernism is not narcissistic but cuts off politics where it hurts most. 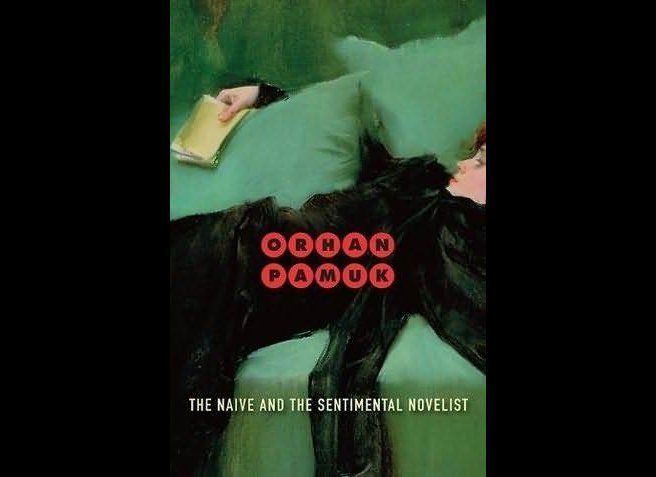 1 / 10
Orhan Pamuk, 'The Naïve and the Sentimental Novelist' (Harvard University Press)
<strong>Exemplary Lines</strong>: "The center of a novel is a profound opinion or insight about life, a deeply embedded point of mystery, whether real or imagined. Novelists write in order to investigate this locus, to discover its implications, and we are aware that novels are read in the same spirit." <strong>See review <a href="http://www.statesman.com/life/books/pamuks-contribution-to-the-theory-of-the-novel-1009972.html" target="_hplink">here</a>. </strong> It's always a pleasure for a fiction writer to come across any significant advances in the theory of the novel--at this late date of the genre's maturity--but Pamuk pulls it off in his Charles Eliot Norton Lectures, delivered last year at Harvard. Pamuk leans on the well-known distinction Friedrich Schiller drew between "naïve" (spontaneous, unselfconscious) writers and "sentimental" (reflective, self-conscious) writers--a contrast that has engaged him over 35 years of novel-writing--to tease out a full-fledged theory of the novel: what makes readers immerse themselves in the imaginary world of the novel, and how the novelist achieves his best effects. He explores his own novels like <em><a href="http://www.amazon.com/Black-Book-Orhan-Pamuk/dp/1400078652/ref=sr_1_1?s=books&ie=UTF8&qid=1289243177&sr=1-1" target="_hplink">The Black Book</a></em>, <em><a href="http://www.amazon.com/Name-Red-Everymans-Library-Cloth/dp/0307593924/ref=sr_1_1?ie=UTF8&s=books&qid=1289243207&sr=1-1-spell" target="_hplink">My Name Is Red</a></em>, and <em><a href="http://www.amazon.com/Orhan-Pamuk-Museum-Innocence-DECKLE/dp/B0030KRH0S/ref=sr_1_3?ie=UTF8&s=books&qid=1289243249&sr=1-3" target="_hplink">The Museum of Innocence</a></em> in light of his evolving understanding of Schiller's differentiation. For the creative-writing institution in this country there is much to ponder: Pamuk, for example, argues against the primacy of character as the starting point for novels, and makes a case instead for subject matter as the motivating impulse. His explorations of time and plot, words and objects, and the convolutions of the reader's mind as he seeks the center of the novel are incomparable.