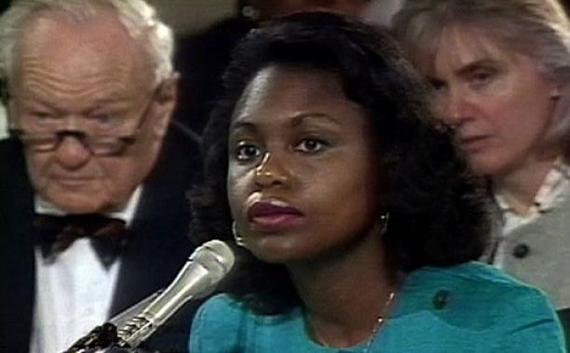 I had just published my first book and was getting my writing career started back in 1991, but it ground to a halt while I watched the Anita Hill/Clarence Thomas hearings, dumbfounded like so many other people across the country. That's all I remember thinking and talking about day after day.

I never doubted that she was telling the truth. I'm married to a psychologist and had studied the psychology of affect (emotion). Everything about her face and voice convinced me that she couldn't be lying. As for Thomas: his predominant affect was anger, which can hide a lot.

Not so long afterwards at a conference, I met an African-American couple who were lawyers. They knew Hill from law school, and of course the hearings came up over drinks. Everyone was talking about them. "She could never lie," they said. But I felt that already. 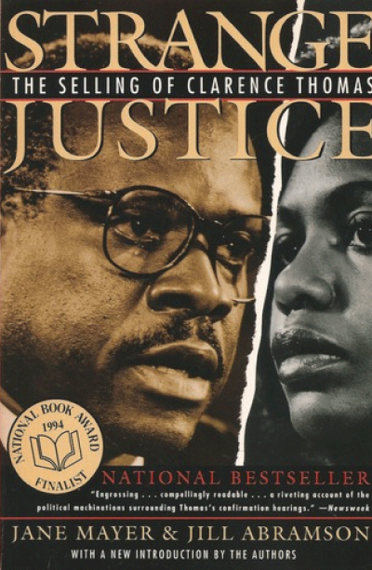 And in 1994 I read Jane Mayer's and Jill Abrams's shocking expose Strange Justice: The Selling of Clarence Thomas, which revealed not only his dishonesty but how truly despicable the White House and GOP were in trying to destroy Hill's credibility, and how the Democrats on the the Senate Judiciary Committee were grossly manipulated and out-maneuvered. It read like a thriller, as grotesque and ugly a story as anything onThe House of Cards.

HBO's Confirmation captures a lot of the electrifying and byzantine battle, especially the cowardice of Joe Biden, who could have done so much more to help Hill and stand up to the GOP, stand up for truth. He didn't, and we've had a Supreme Court Justice who never should have been there. 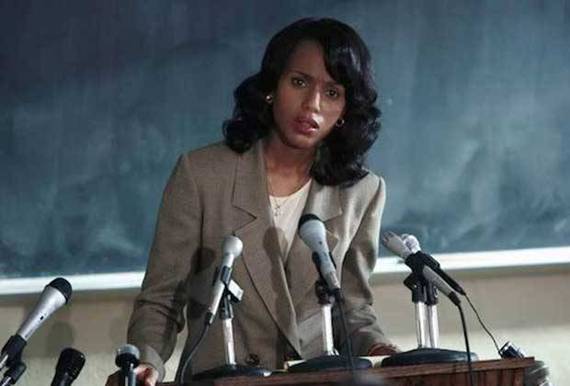 The HBO film was deeply disturbing, but anyone who hasn't read Strange Justice should pick it up to get a full sense of how complex the machinations were. They should also watch the 2014 documentary Anita to fully appreciate Hill's incredible resilience and amazingly positive impact on American life since those bizarre, epochal hearings. Meanwhile, HBO's Confirmation reminds us how much America's understanding of sexual harassment has changed.

Lev Raphael is the author of Hot Rocks and 24 other books in genres from memoir to mystery.